Dr Steven Greer is the founder of the Centre for the Study of Extra-Terrestrial Intelligence (CSETI). In 2001 he was the director of the Disclosure Project, a concerted effort to kick-start UFO disclosure in the USA. He has liaised with many high ranking governmental and military officials on the UFO subject. More recently he has been involved with training people on how to establish positive contact with ETs.

Greer rarely lectures in the UK, this is the first time he has spoken across this side of the pond in the last decade. And so it was that on Saturday 17th July 2010 I, my brother and several friends drove down to Melksham in Wiltshire for a one off lecture by the man. It was fantastic weather for our journey down from Birmingham. As we were travelling through Wiltshire we kept a good look out for crop formations but sadly didn’t see any. As it turned out there was a carnival taking place at Melksham on the same day, so the entire town was lined with flags.

After grabbing a late lunch, and meeting up with my dad who was also attending, we found our way to the Assembly Hall where the lecture was due to take place. Despite arriving early, there were already many people there waiting for the talk to begin. The venue was nicely laid out with some coloured mood lighting and relaxing background music to listen to. 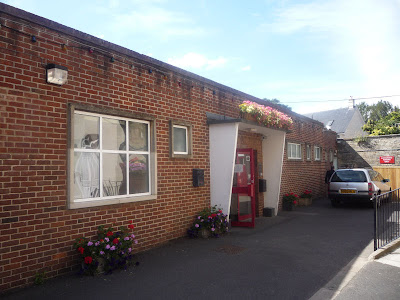 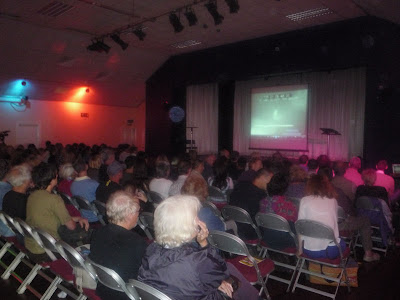 Soon it was time to take to our seats. First to speak were a couple of other people from CSETI who introduced Greer before inviting him onto the stage to much applause. Greer essentially split the lecture into two halves. The first part of his talk was about the ongoing UFO cover up and the reasons behind it. He explained the fact that the US government already has access to free energy technology retrieved from the ETs, and that if released to the public this could bring an end to fossil fuel usage around the globe. He then explained the difficulties that this would cause, and how the official announcement of the extraterrestrial reality would impact on many aspects of life. It could well destabilise our economy, scientific and historic books would have to be rewritten, and religion would have to be rethought. Greer also went over numerous discussions he had had with high ranking people including the head of the CIA. 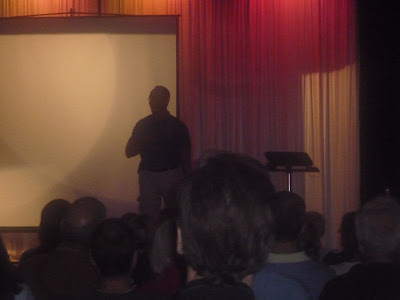 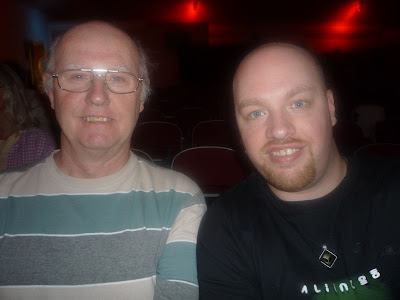 The second part of Greer’s lecture concentrated on his “Ambassador Training Programme”. This is where he explains to groups of individuals ways in which they can actually make contact with the ETs visiting our planet, and sometimes get them to actually manifest in the near vicinity. This is done primarily through sessions out at specific chosen locations. Greer says that through meditation it is possible to put the mind into a certain state in which it is possible to directly contact the ETs on board craft and vector them in. He proceeded to show many different videos and photographs taken during these sessions which he believed showed ET craft. A lot of this footage was shot using night vision camera, and appeared to show objects moving across the sky that were suddenly flashing brightly, sometimes seemingly in response to a powerful laser pointer aimed at the sky. Although some of this footage was interesting I do wonder whether some of it could have been misidentification of space debris reflecting sunlight, satellites or meteorites. He also showed several photographs of disc shaped craft, admittedly blurred, and a strange sound he claimed was the syllable of an alien language that had been recorded (This I found especially hard to believe, but then who’s to say for sure?) Greer also covered a recent photograph taken at Joshua Tree National Park in California, which he claims shows an actual manifestation of an alien being, lit up in light which came from a non-human source. Its certainly an unusual photograph, though I do feel it could perhaps be a simulacrum – a random mix of light and shadow which gives the appearance of a being. Of course the fact the photo should have been pitch black is in itself very interesting.

Click on the below address to see the photographic analysis of this incident:

Greer’s lecture was certainly interesting, though I and many others there were disappointed that he did not give any chance for a Q&amp;A at the end. I’m sure that there were a lot of questions people had about his knowledge and the information he had shared during the lecture. Afterwards I caught up with some other friends who I spotted in the crowd, and then managed to sneak a quick photo with Greer at the Assembly Hall entrance. 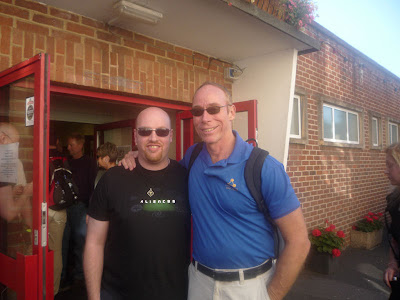 We then headed out onto the street and found ourselves in the middle of the carnival! All the roads were blocked off, there were crowds everywhere and floats carrying groups of fancy-dressed people heading on past! I have to admit, the girls in the white bikinis got my personal vote. We managed to squeeze our way through the crowd and find a pub to have a drink and a chat about the lecture. After a while the carnival drew to a close and we were able to head back up to Birmingham. Ironically on our return journey we saw our own “UFO” – which turned out to be a Chinese lantern on closer inspection, just like some of the sightings I get in at the group!