On Friday 21st September 2009 I was proud to be given the oppurtunity to organise a group discussion with renowned US political lobbyist Steve Bassett. Steve is currently touring Europe and attending a number of different conferences. The discussion was held around my house south of Birmingham. A number of BUFOG members were invited, as well as David Williams, who is involved with the UK Disclosure Project. 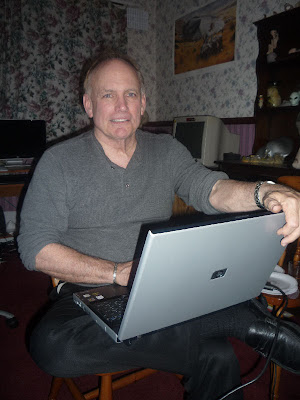 Steve Bassett is the director of the Paradigm Research Group, who's website can be found at http://www.paradigmresearchgroup.org/, and X-PPAC, the Extraterrestrial Phenomena Political Action Commitee. He has single handedly created a number of key initiatives to hopefully kickstart disclosure of the UFO reality in the USA. These initiatives include the Million Fax on Washington, where he is asking as many people as possible to send letters to President Obama asking for the extraterrestrial presence on Earth to be made known to the American people. He is convinced that disclosure is just around the corner, and that if the US discloses, other countries around the world will shortly follow.

The talk lasted for over three hours, during which I directly asked Steve a number of questions about the ongoing UFO cover up and possible disclosure, and others present got to ask questions too. It was very interesting indeed. Steve is clearly a highly intelligent individual, who expresses his views clearly and backs them up with hard evidence. 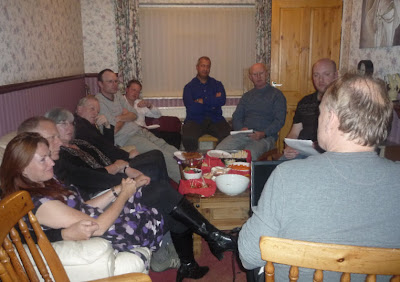 Below are links to an audio recording of the majority of the discussion. It is split into two wav files, each approximately 1 hour 33 minutes long. It is well worth a listen, especially if you have never heard Steve speak before, and if you do I am sure you will come away convinced that disclosure is a very real possibility and may well happen in the near future.

To download each of the files do the following:

I would like to use this oppurtunity to thank Steve for his time. It was an absolutely fascinating evening and I wish him all the best with his ongoing efforts and endeavours. And when disclosure in the US does come, remember that Steve will more than likely be one of the key individuals who helped bring it about.