In July 2011 Janice got in touch with me via Richplanet.net to provide details of two UFO sightings she has had – once when she was quite young and a second sighting she has had in the mid 90s. The most interesting thing is that both of these sightings appeared to be of a similar object performing similar manoeuvres.

Janice’s first UFO sighting occurred in the second week of October 1951 when she was only 5 years old. It was mid-day and sadly the day of her father’s funeral. She was sitting on the steps of her neighbour’s house on Sturdee Avenue, Gillingham, Kent alongside her 14 year old neighbour who was comforting her. The weather was very clear and sunny.

Aerial map of Sturdee Avenue showing the position of the witnesses: 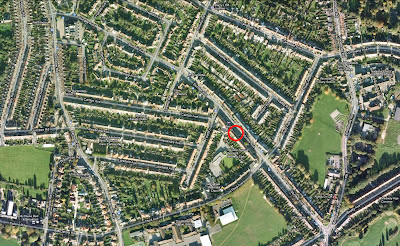 Glancing up into the sky to the North the girls noticed an object at high altitude. It appeared to be oval or lozenge shaped and was a dull silver colour. It appeared to be very large in size. Unlike most normal aircraft which travelled across the sky on a straight path, this object travelled in an arc and left no trail behind it. It moved in a Southerly direction.

Modern photograph of sighting location in the direction the UFO was seen: 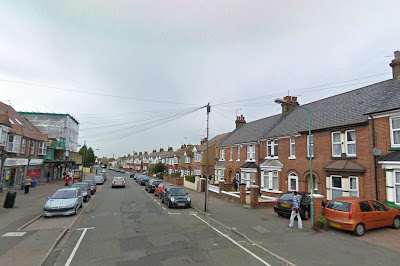 Witness drawing showing the UFO, its movement path and the position of her and her neighbour: 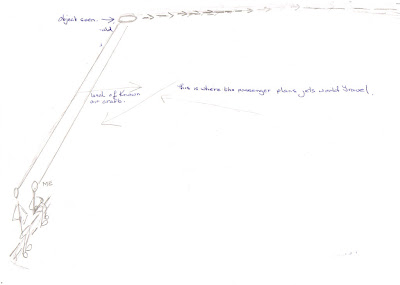 Janice remembers watching it for between 5-10 minutes until it had vanished out of sight. Due to the distance it was hard to judge how fast it was moving at. Even though she was only young, she remembers the incident in quite good detail, especially considering the day it occurred on. She does not remember telling anyone about the sighting, and is unsure whether her neighbour ever did.