Towards the start of 2010, BUFOG was contacted by Darren (name changed for privacy reasons). He had taken video footage of a UFO back in March 2009, and wanted to hear our opinion on it. This report includes a number of higher quality stills taken from the original recording.

On an evening in early March, Darren decided to visit the Lickey Hills with his wife and two daughters. He has had an interest in chem trails for a number of years, and due to the clear weather conditions he figured it would be a good location to capture some on video. It would also be a nice scenic walk, with a great view over the Birmingham area. 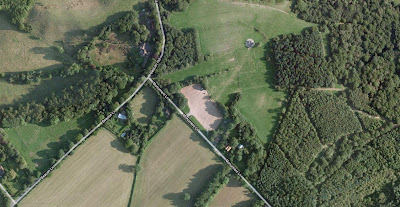 It was between 7-8pm and the family were out on the top of the hills close to one of the car parks. The sun was setting, and the sky was clear with very little cloud cover. A number of chem trails could clearly be seen in the upper atmosphere, glowing red in the remaining sunlight. Darren was looking towards the South East in the direction of Bromsgrove, and filming the sky. He was using a high quality Sony HD 10 API camera.

While filming, he noticed what appeared at first to be a bright star. But then the “star” began moving slowly across the sky, and he realised it must be an object of some kind. He attracted the attention of one of his daughters to the object while continuing to film. The object appeared to be bright white and self-illuminated. It was at quite a high altitude but was seen to pass below the chem trail. It moved on a straight course across the sky. Darren estimates it was about 1-1.5 miles from his position.

Shortly after Darren stopped filming the object it seemed to slow down and halt in the sky. It remained like this for quite a while. Looking around he noticed a group of other people who appeared to also be watching the object and pointing up at it. He did not walk over and speak to them as they were quite far away. In the end it started to get dark, so the family left and headed for home, with the object still visible in the sky.

I have spoken directly with Darren in detail about the video and believe that it is real footage. As you can see the UFO appears to be spherical or circular in shape, although due to the distance this may be deceptive. If it was a conventional aircraft or helicopter, I feel the shape would have been possible to make out when the object was zoomed in on. It is hard to tell the size of the object. I am not certain whether it is self-illuminated as it appeared to be to the witnesses, or whether it is metallic and reflecting the remaining sunlight. I feel it probably is reflective, I have seen other videos before where this has been the case. Darren says he has seen similar objects before, but this is the first time he has managed to capture one on camera.

The object did not make any clearly intelligent manoeuvres. However it is interesting that it appeared to be stopped at the beginning of the sighting, and also appeared to slow down and after it had moved across the sky for a while. But I think this is probably an illusion caused by the direction the object was moving in. As the video footage progresses, it does look like the object is moving further away and becomes less obvious and bright. 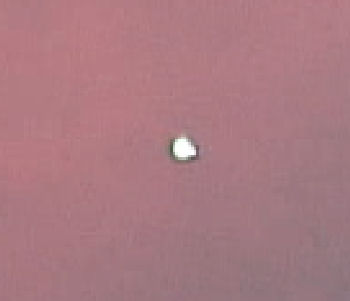 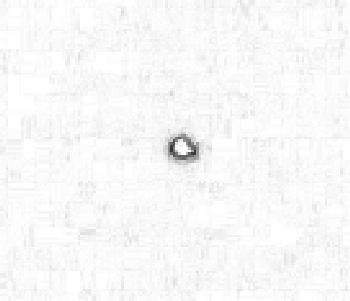 In the zoomed view, the object looks like a glowing white sphere with a black outer edge, although this could have been caused by shadow being cast on its surface.

This sighting is certainly interesting. Darren believes he has captured a genuine disc-shaped craft. Currently no satisfactory explanation can be found, so we can only speculate as to the true identity of the object.