In the summer of 2004, Darren Carey had an experience that would change his perception of UFOs forever. Later in the same year, he had a second experience where a number of small beings were seen in his bedroom. It is unknown whether these two events are linked, but it is certainly a possibility, as he has not experienced anything like them before or since. However, there are signs pointing towards ongoing abductions taking place against his knowledge. The incidents will be discussed separately in this report.

In the summer of 2004, Darren was living in the village of Alvechurch with his wife. One evening in the later part of June, he visited his friend’s house in Longbridge for a catch up. He was driving back home around 11.30pm at night. It was a very warm, clear and still night, and he had the windows of his car down. He was just about to turn onto the Redditch Road when he noticed a bright white light in the field opposite. It was at the back of the field and around 70 foot in the air. It appeared to be stationary. He first assumed it must be a helicopter. He turned right onto the Redditch Road and began to drive along it. He was surprised to see that the light was also travelling in his direction at approximately the same speed, and maintaining the same distance from the road as when he had first sighted it. He kept glancing at the light and wondering what it was. He became more and more confused by it.

Photograph of location where Darren first spotted the object: 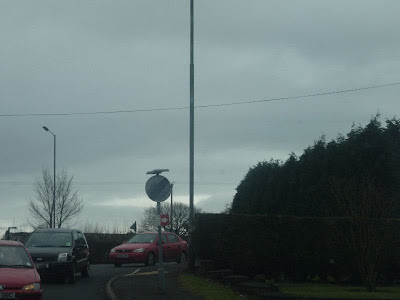 How the object looked at a distance: 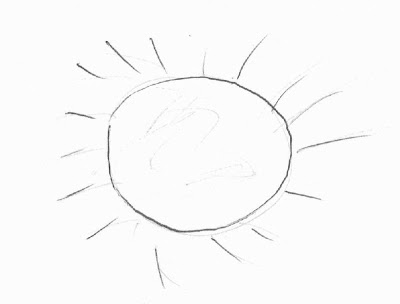 In the end he decided to pull in at a bus lay by. Looking to his left he could not see the object any more. He got out of the car and walked around to the front of it. He looked all around and was amazed to see that the object was right over his head. It was still around 70 feet up, and looked different to how it had appeared at a distance. He could see a clump of multicoloured lights. The lights were red, blue, green, white and maybe other colours. There was no discernable shape behind the lights but he was sure they were part of one solid object. Strangely, although it was a very clear night, the lights looked blurred / smudged. This could have been caused by the various colours merging into one another, or perhaps it was some sort of aura that the object was giving off. Whatever it was, the lights were not as clear as they should have been for the height the object was and the current weather conditions. Darren also noticed that the object was completely silent. He looked across to the nearby Hopwood Pub car park to see if anyone else was around and looking at it too but nobody was around due to the time of night and quietness of the pub. After about ten seconds of staring up at the object he felt very spooked by it, the hairs on his neck were standing up, and he wanted to get out of there. He got back in his car and drove away, immediately feeling a bit safer but still highly un-nerved by the object.

Photograph of the bus lay by:

How the object looked when it was overhead: 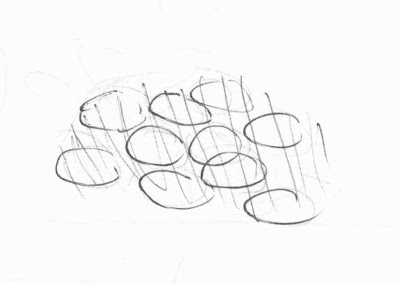