This incident took place in Cardiff at 7.30pm on a Sunday evening in July 1997. It was a clear evening with a light breeze. The witness, named Roger, had just left work and was walking to his car. He noticed a bright object in the sky off to his left. He looked to the North, and saw at first what appeared to be a circular balloon in the distance. Roger estimates it was roughly 3 miles away, just North of a farm service road which adjoins Graig Road. 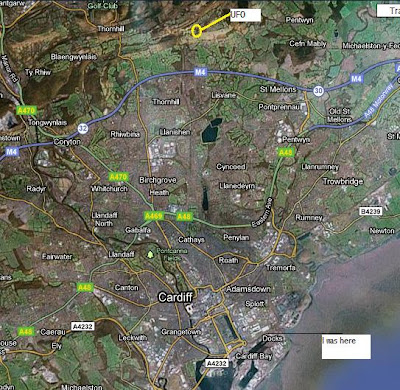 Photograph of location where UFO is believed to have been, taken from Graig Road: 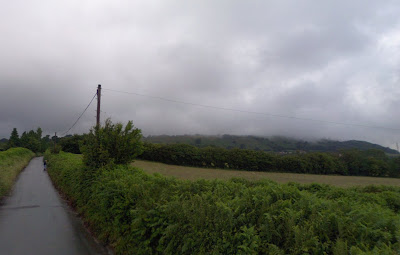 However it became apparent to Roger that the object was quite large, he estimates it was about 100 feet in diameter. The object was a bright golden colour, and was reflecting the evening sunlight. It appeared to be maintaining its position in the sky, but was rotating slowly in a clockwise direction. As it did, Roger realised that it was a similar shape to a £1 coin, like a large flat disc positioned vertically in the air. 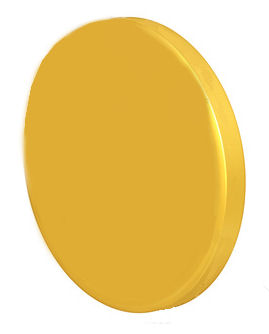 The UFO continued to turn clockwise until it was almost edge on to him. This took at most a minute, during which he continued to walk across his work site to see if there was anything else in the sky. At this moment it completely vanished without trace. It did not appear to have flown away, it was just gone.

Roger had previously been in the RAF, so was certain that the object was not a normal aircraft. He believed it to be a genuine disc-shaped craft. After the sighting he told a number of people, but as he had no evidence they dismissed it.

This is certainly an unusual sighting, and the object was not a commonly reported shape or colour. It appeared to be quite large in size, so it seems unlikely it was an inflatable object. It looked quite different to any known aircraft or helicopter, so is very unlikely to have been this.

One of the most mysterious aspects of the sighting is how the object suddenly vanished. It was a clear sky so it is unlikely that it was hidden from view behind a cloud. There is a slim possibility that as it turned it reflected the light in such a way that it was no longer visible in the sky, but this seems unlikely as it would have continued to turn and become visible again after a short moment, which did not happen. It is probable we will never truly find out what the object was and it will remain unidentified.