Rachel lives in Brighton and over the years has had some very interesting experiences. I met her at the International Irish UFO conference where I lectured in October 2009, and she let me know it would be fine to investigate and write up a report on these experiences. These will each be covered in separate sections.

Back in 1967 when Rachel was 14, she lived with her father Frank on Pier Avenue, Herne Bay, Kent. Frank had served in the Second World War and took early retirement at 53. They had a pet dog at the time named Painter. Her father was a very fit man and every evening liked to take Painter out for a long walk across Herne Bay golf course near to where they lived. He would usually set off around 6.00 pm and not come back till 7.30-8.00pm. The route to the golf course would take him past the nearby railyway station, via a tunnel under the tracks. One evening towards the end of July he set out on an evening walk much like usual. Rachel remembers the weather was good and there was a clear blue sky. 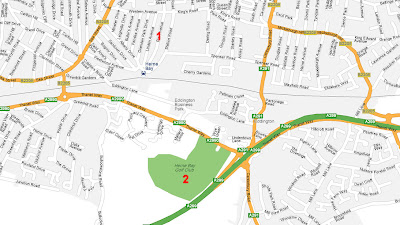 Her father and the dog had been gone about half an hour, when suddenly he returned home. He let himself in and when Rachel saw him she was shocked by how both he and the dog looked. He was red faced and sweating, his eyes were bulging and his hair was messy. The dog was panting and looked to be completely out of breath with its tongue hanging right out. He walked past her and went into the lounge and collapsed into the armchair. The dog went to the middle of the lounge and collapsed on its side on the floor. Rachel asked her father what had happened and he said to her “I’ve just seen a UFO over the golf course but I’ve forgotten about it”. Rachel quizzed him about the statement but couldn’t get any more information out of him. Soon afterwards he took himself up to bed, despite the fact it was still early evening. 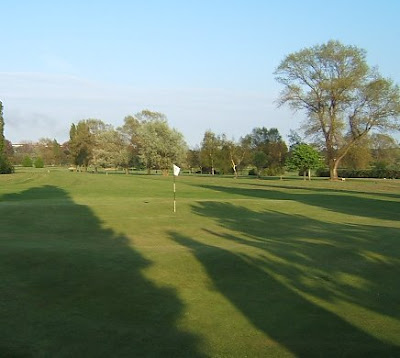 Frank would regularly get up at 6am but the following morning he was late getting up. When he finally did come downstairs, Rachel asked him why he was up so late. He turned away from her and lifted his top up. Across one side of his back was a red blistered rash. When she asked him about it she found he could not remember going out to the golf course at all, and had no recollection of anything that had happened the previous evening.

Soon afterwards, Frank went to the doctor’s. Rachel does not remember what her father told her when he returned, but assumes that the doctor could not identify the cause.

Several days later, Rachel remembers reading an article in the local newspaper that said that many people had contacted the police and said that they saw a large silver coloured cigar-shaped object hovering over Herne Bay Golf Course on the same evening as the incident had taken place. When she showed her father the article he just said it was a load of rubbish. Rachel wishes she had kept this article at the time. Years later when she had more of an interest in the subject of UFOs, she attempted to find the article but was not able to track it down.

Since the incident till the end of his life, Frank would never entertain the notion that he had been in close proximity with a UFO and put the rash down to natural causes. However, despite not having an interest in the subject at all, her father would occasionally come out with unusual questions about the universe and whether other races existed elsewhere. He only did this after the incident, never before. Also for the rest of his life, he was highly emotional and would get angry very easily. This shift in his personality seemed to be directly related to what had taken place.

In 2005 Rachel was now living in her flat on John Street, Brighton. The flat is on the side of a hill and from it she has a great view over the valley in which Brighton has been built up. In recent years she has had health issues with her joints, which often cause her a lot of pain. One Wednesday evening in July she was in agony so decided to go to bed at 9pm to sleep it off. 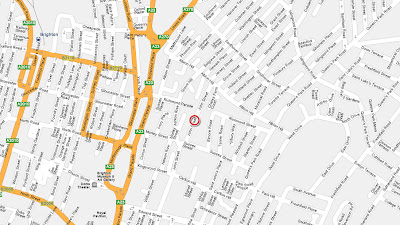 She awoke at 11.45pm and went to get a drink. She decided to open the living room window. When she looked out of the window she was greet ed by an amazing sight. She saw what looked like a large orange sphere in the sky to the North West. It had a small black circle in the middle of it and was glowing, but not brightly. Rachel estimates it was at least 50 feet across, and from her viewpoint looked as big as th