In early July 2012 a crop formation appeared in a wheat field close to the village of Corley in Warwickshire, England. Spanning nearly 150 feet across it is regarded as one of the largest and most impressive crop formations to appear in the UK in 2012. The formation was a circle containing a symmetrical star-like pattern made up of diamonds and triangles. 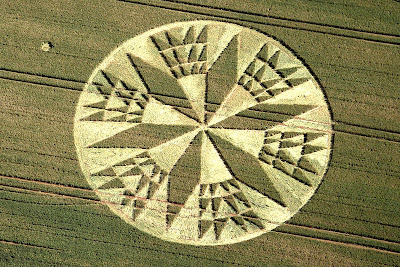 Many of the formations which turn up in fields each summer tend to be situated around Wiltshire. However the relatively close proximity of this formation to Birmingham meant that I, my father, brother and friend couldn’t resist going and taking a look at it directly!

We did not visit the formation until 23rd August, so were pleased to find that it was still present in the field and had not been harvested. We parked up on Tamworth Road which leads into Corley. The formation was immediately quite visible from the road side. 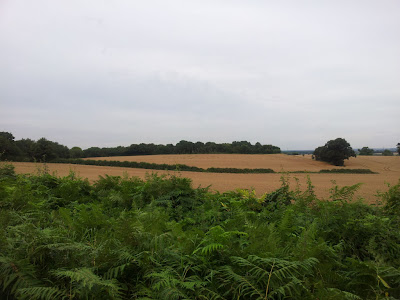 A well trodden footpath led directly down between the fields so it was quite easy to get close to the formation before actually having to make our way through the crop. On the way we came across a strange clump of off-white coloured fibres. At initial glance it almost looked like a dead sheep, and due to the situation an animal mutilation immediately sprang to mind! However it turned out to be little more than a large lump of discarded insulation.

A couple of minutes later and we reached the edge of the formation. Some people report feeling unusual energies when they enter such formations. I have to admit there was none of that, though it was quite impressive to look at even at ground level. The wheat was neatly flattened in flowing paths between the areas of crop left standing. I don’t pretend to be an expert on this particular area of Ufology, but I am aware of many of the unusual aspects which have been detected inside some formations. Looking closely at the crop there was no sign of any heat damage to the nodes, it just appeared they were bent sharply at ground level. 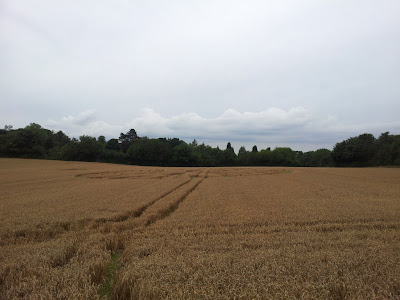 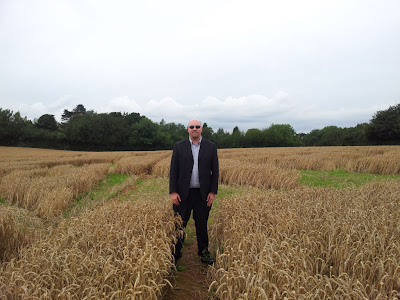 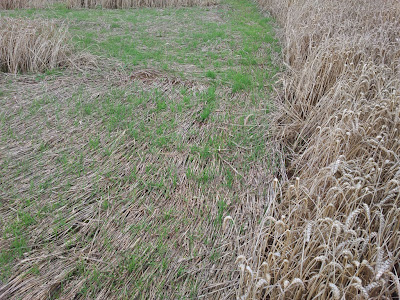 We explored the formation and got some photos at the centre. My friend Chris attempted to take some EMP readings using a mobile phone sensor app, to mixed results. To be fair even if there had been detectable readings the app was probably far too inaccurate to pick them up. After about 20 mins we decided to take our leave before the farmer turned up with a shotgun! 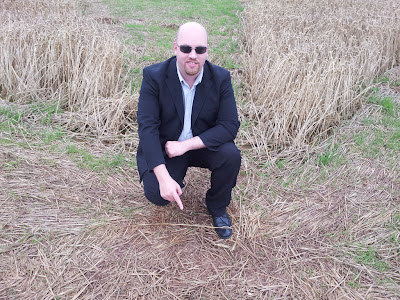 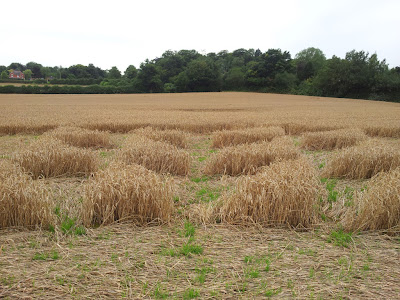 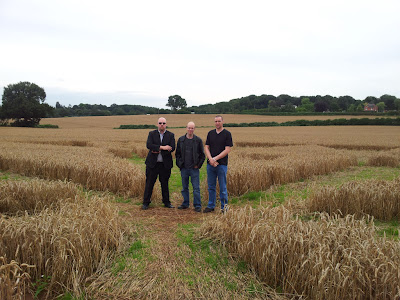 My overall impression was that the formation was probably man-made. It’s no secret that there are very extensive crop circle making groups using advanced techniques. I’m sure they love nothing more than hearing researchers provide viewpoints and theorise on the meaning behind their hard work. Don’t take this statement to mean that I don’t believe there is anything in the crop formation phenomenon. I have seen some very interesting evidence pointing towards a much more unusual explanation in certain specific cases. Whatever the explanation, it was fascinating to check out a formation up close and I can certainly recommend that you do the same if you get a chance. 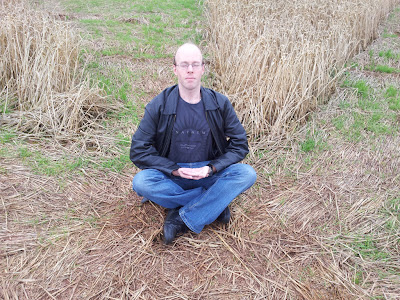 Link to Coventry Telegraph article about the formation: