On the evening of 15th October 2016, BUFOG headed out to Clee Hill near Ludlow for a sky watch. Our regular chosen sky watch location is Cannock Chase, North East of Birmingham, but occasionally we like to explore other places. Clee Hill was recommended to us by group members John and Emma. The Shropshire area has seen many UFO sightings over the years, and some believe it to be a hot spot for activity. Clee Hill provides a fantastic vantage point for a watch, with a nearby car park, open areas of grass and clear views of the sky in all directions. As is tradition for our sky watches, we arranged to initially meet at a nearby bar – The Crown Inn at Hopton Wafers, a couple of miles away from the hill.

The evening got off to a bad start when I discovered my car was on the blink again, with a smell of burning coming from the engine. Never good when you’re planning to drive for over an hour! Luckily for me and my friend Sam who also attended, BUFOG member Mike saved the day by coming to pick us up on route.

As we drove out to Hopton Wafers the weather took a turn for the worst and it started to rain. However the forecast said that it would be a passing shower and would clear up later on. The Crown inn was a lovely homely place, a proper traditional English pub. We immediately met up with many of the other sky watchers in one of the side rooms. Soon after entering a sign caught my attention, warning visitors of strange two-legged creatures roaming the car park. These creatures, commonly referred to as “ducks” were apparently seen on regular occasions, although tonight they were a no show. 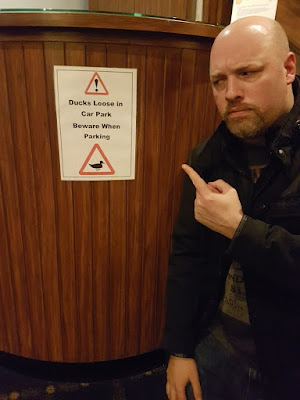 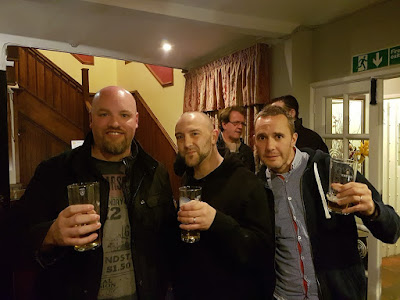 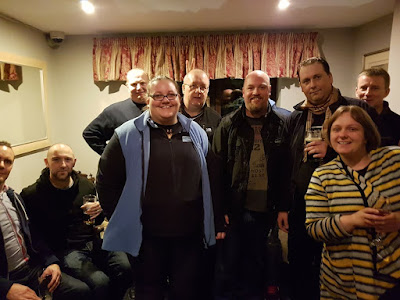 After having a good chin wag for a while over a drink we stepped outside to find a relatively clear sky, with a full moon and stars shining brightly through light cloud. Just as the forecast had predicted, things were looking up! 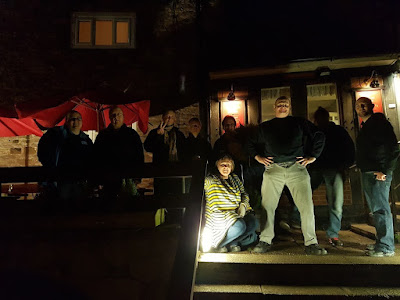 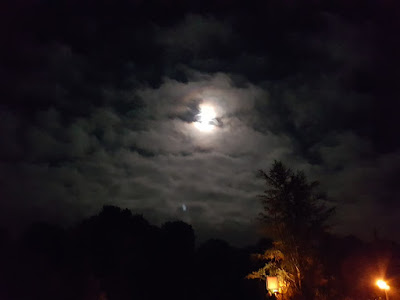 We set off in convoy towards Clee Hill. The road leading to the sky watch location gradually ascended. Unfortunately for us, as we gained altitude we realised the cloud was low in the sky and entered an extremely thick bank of fog. Swirling mist was everywhere, giving the winding country road a foreboding atmosphere. The fog didn’t clear, and as we arrived at Clee Hill carpark we realised we were unlikely to get much of a view of the night sky, or even our surroundings! 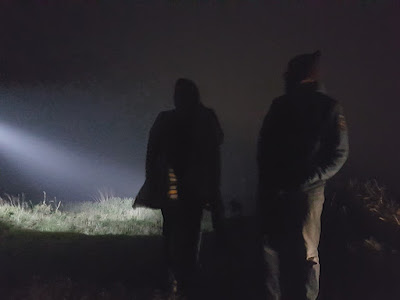 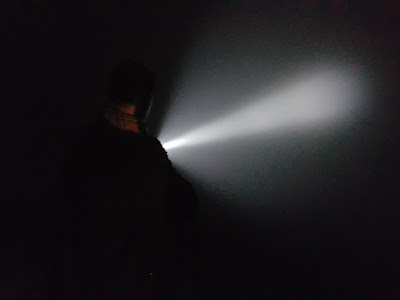 Now I’m sure for many people this would be a bit of a downer, but we weren’t ready to let a bit of (ok a lot of) fog spoil our fun. Grabbing our torches and backpacks we prepared to walk into the darkness. Needless to say, I’d brought official BUFOG sky watch mascot Bob the inflatable alien along for the adventure. Emma introduced us to Bob’s long lost brother, “Sid the flasher” and his family of flashing LED alien balloons. 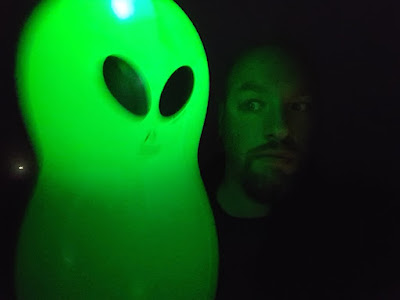 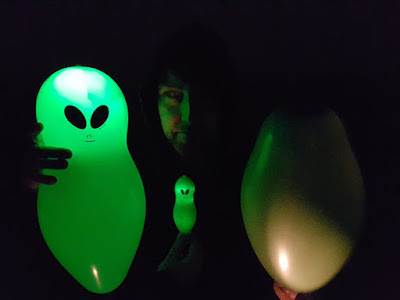 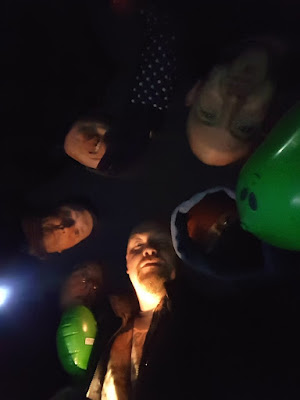 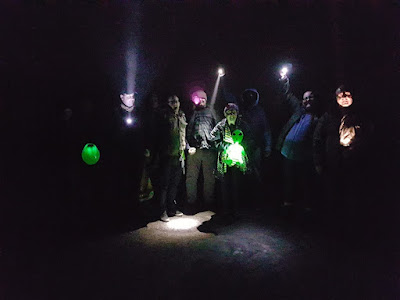 We then set on out into the fog to see what we could find. Soon we came to a number of ominous looking signs reminiscent of the gate at Area 51. The signs warned us of impending danger in the form of the quarry which lay alongside the top of the slope. A wire fence blocked off access to the area, which was probably a good thing seeing as we could barely see what lay a few feet ahead of us! 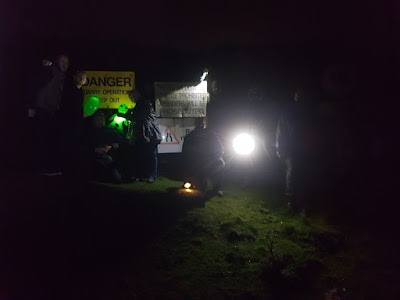 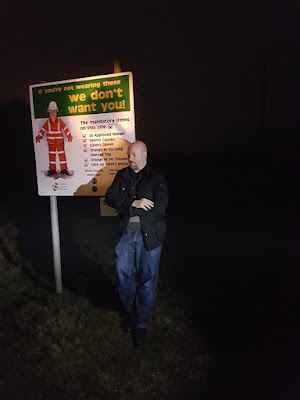 Continuing along the road past a second deserted parking area, we made our way between some large boulders onto the grass. We soon came across a raised cemented area with a metal lid. Our dreams about it leading to a mysterious ladder leading down into an underground base were dashed when we realised it wasn't going to budge. Plus none of us had brought a crowbar along. 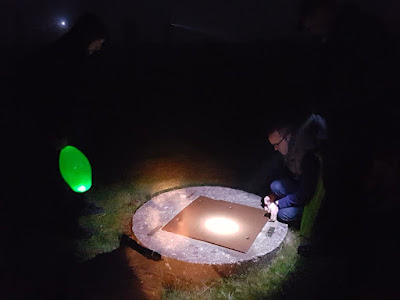 Wandering into the dark with only torchlight to guide our way was atmospheric and more than a little creepy. Plus we had to watch where we trod due to the copious amount of sheep and rabbit droppings. Eventually we reached the top of the slope and stared out into the void. I could just about make out some regular white shapes in the distance which turned out to be road markings. The moon was just about visible through the fog, but it was pretty clear we were not going to be seeing any stars, or UFOs, for quite a while. 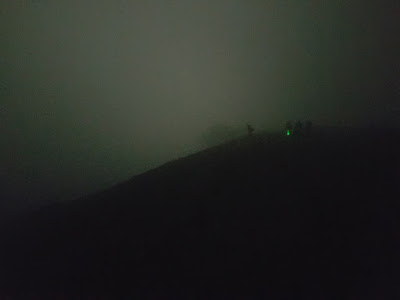 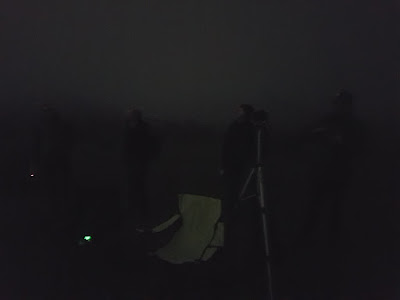 Making the most of the situation we broke into some munchies and drinks and started up some interesting paranormal conversations. A couple of the sky watchers had brought with them laser pointers, which looked amazing in the mist. 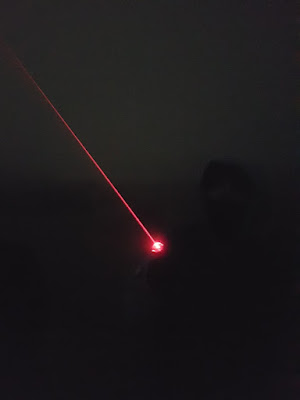 After a while of standing on the hill a dark sense of presence overcame us and we realised that something was lurking nearby. Grabbing my torch I bravely decided to go and explore the surroundings to see what I could find. Cautiously stepping towards a clump of vegetation I managed to catch a glimpse of a mysterious being, as the following controversial footage shows:

Terrifying I’m sure you’ll agree. And the still shots I managed to capture are again compelling and not at all us having a laugh with a Halloween mask. 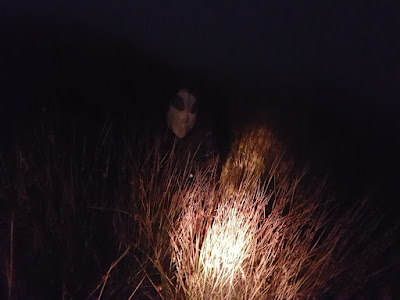 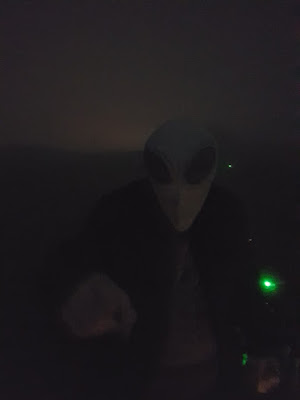 A while later I took everyone through a number of UFO sightings which had taken place over Clee Hill and the area of Ludlow over the years. A variety of lights and structured objects have been sighted, some more impressive than others, but all equally fascinating. And as you can see below, we had our very own flying saucer sighting. 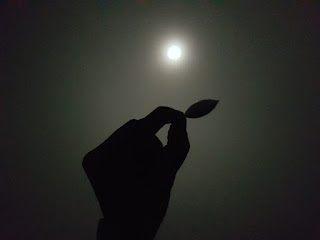 In the end we decided to call it a night due to the complete lack of a sky to watch, and the fact that it was getting rather chilly. Making our way back to the cars, this time uninterrupted by local law enforcement (Unlike our night at The Malverns), we said our goodbyes and began the long drive back to Birmingham. BUFOG’s first official Fog Watch had reached its conclusion. We will no doubt be back to Clee Hill, hopefully with more of a view next time! 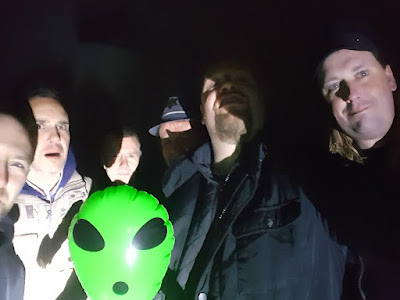