The area of Cannock Chase is one spooky location. For many years people have reported all manner of paranormal goings on, including UFO sightings, abductions, ghosts, werewolves, giant snakes and even mutant man-pig hybrids! Add this to the fact that it is extremely open with a great view of the sky and it’s no wonder that it has become BUFOG’s sky watch location of choice!

On Saturday 13th September we headed back out to the Chase for the 3rd time. This time I was armed with a new piece of kit, a night vision IR camera scope, which I was very much looking forward to trying out! I also brought along a book of weird tales from Cannock Chase written by Lee Brickley, which my brother had purchased for my birthday the previous month. I figured we could use it as a kind of guide book of the unexplained.

The initial meet up location for the watch was, as with previous sky watches, the bar of The Barns on Cock Sparrow Lane. I (and a car load of friends) arrived slightly later than planned at around 8.15pm. I was pleasantly surprised to find many enthusiastic sky watchers waiting for me in the bar. It was immediately clear that this was the biggest turn out we have had so far for one of our sky watches, with about 25 people in attendance. There were familiar faces from the group, some I had not seen since the last sky watch and others along for the first time. 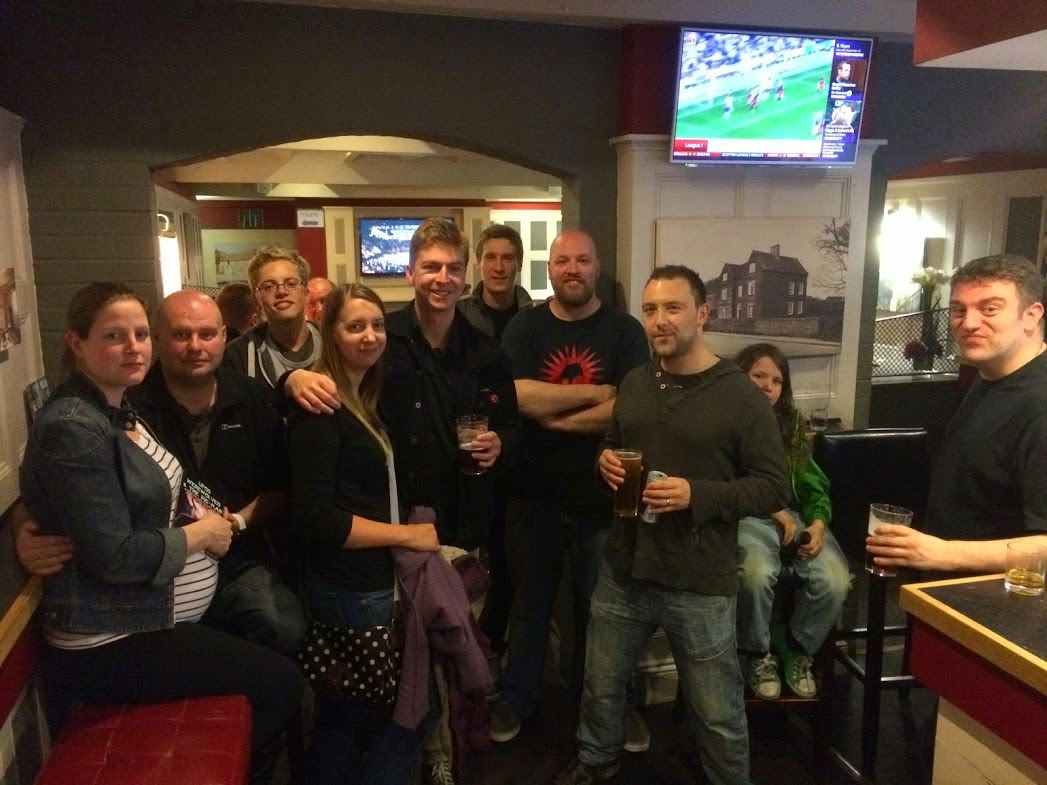 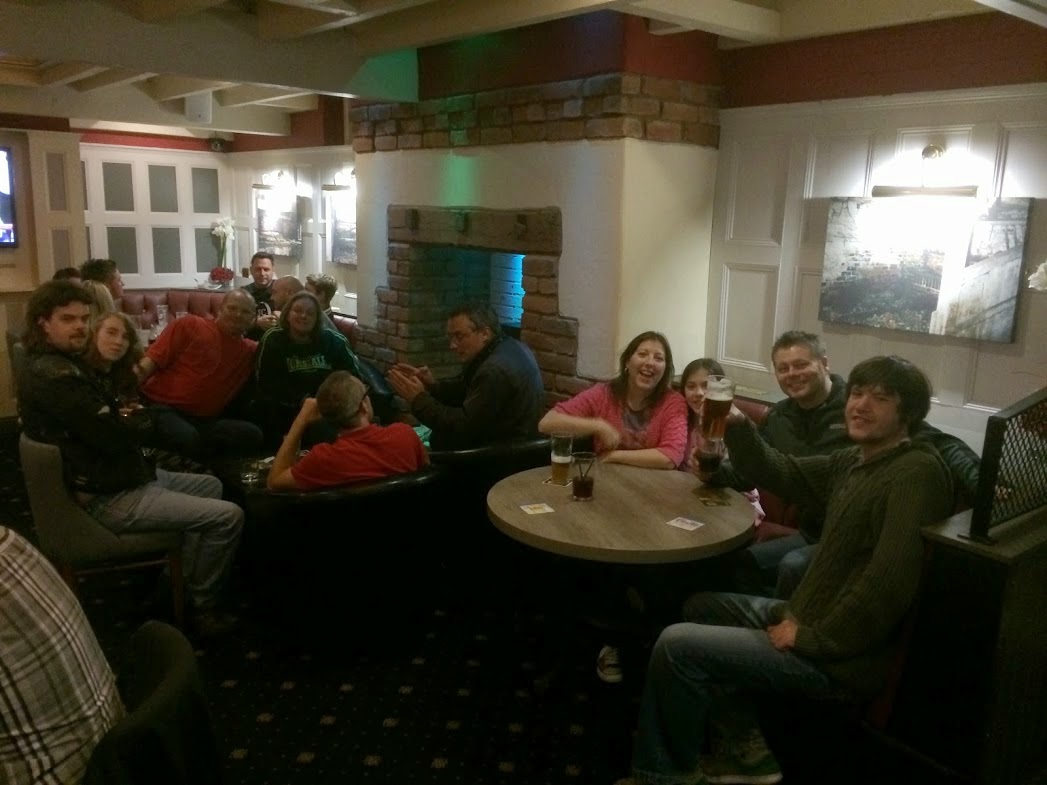 We spent the next hour having a friendly chat about the plans for the evening and the UFO subject in general. I also had my driver’s pint for the night which went down extremely well indeed!

At 9.30pm we decided it was time to make a move and head for the chase. Heading out to the car park we were pleased to see that the weather had remained pleasant. There was some light cloud but the stars and moon were clearly visible and it was relatively still as well. Once again it seemed to be on our side. However one thing that was not on our side was internet access. We soon discovered that there was no signal at all, which wasn’t good considering many of us, myself included, were using mobile phone sat nav. Luckily some still knew the route to the location so we headed off in two convoys of cars. To my credit, I only took a wrong turn once...

When we got to the lay-by at the base of the slope leading up to the sky watch location it dawned on me that there was absolutely no space left. On previous years this had not been an issue but there were more of us this time than ever before! Luckily just up the road we found a second lay-by with enough space for the remainder of the vehicles. By the time we’d walked back to the first lay-by the others had already set off along the path.

It was pitch black but I’d brought along an extremely powerful torch to light our way. As we headed along the path we were amazed to see an extremely bright glowing object shoot up into the sky from out of the trees ahead. It was pale yellow in colour, not the normal amber orange associated with Chinese lanterns. It got to about 100 feet up, slowed and then began to drift back down until it went out of sight. Had aliens shown their presence only a minute after our arrival, perhaps greeting us to the chase? Or had one of my mates or someone else along for the watch secretly split off from the group and launched a flare up into the sky for a laugh? I’m going to go with the second explanation. I had my suspicions that it was my friend Richard who is a big fan of fireworks. However he would neither confirm or deny that he was the culprit, and nobody else owned up to it either.

As we headed further up the slope it became clear that the area was more overgrown than it had been on previous watches. There were row upon row of short pine trees alongside the left side of the path. Luckily these did not really block our view of the sky, and away from the light pollution of Cannock we had a great view of the stars.

Once we reached the decided location for the sky watch BBQ master Paul immediately got to work setting up his kitchen of culinary delights, which this time included sausages, burgers, kebabs and cans of drink. Got to give him credit, he knows how to make a good sky watch even better! Others headed off into the nearby area of forest to find some firewood and get a small bonfire going. 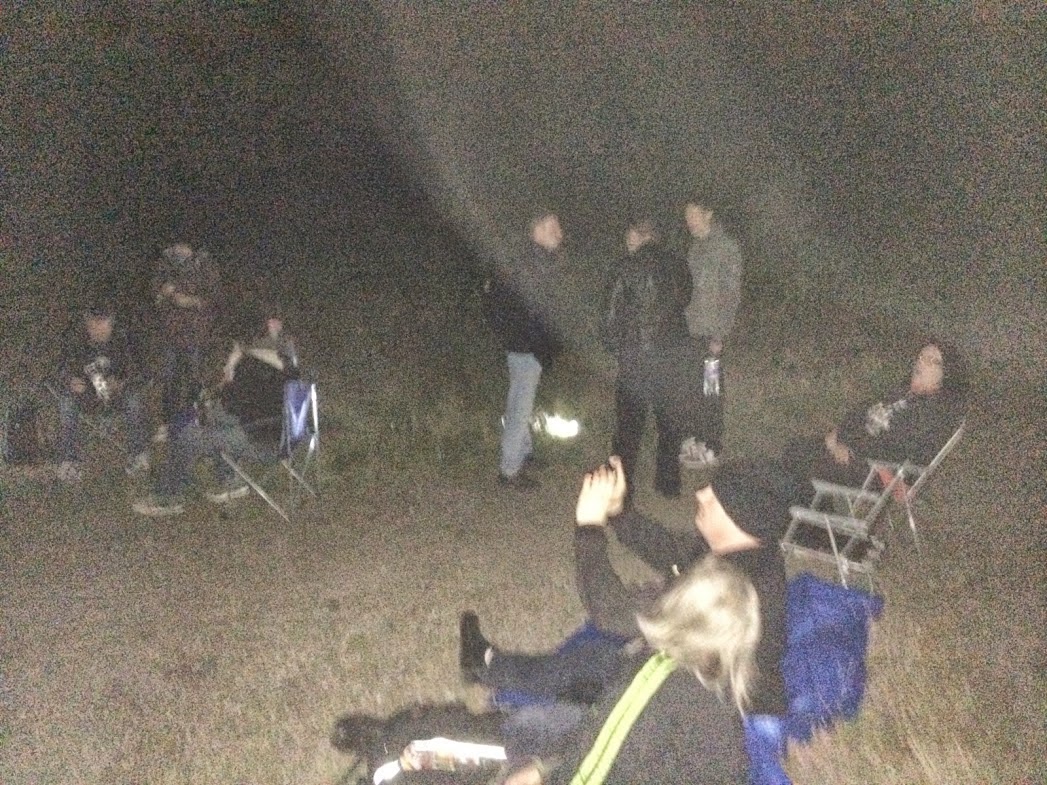 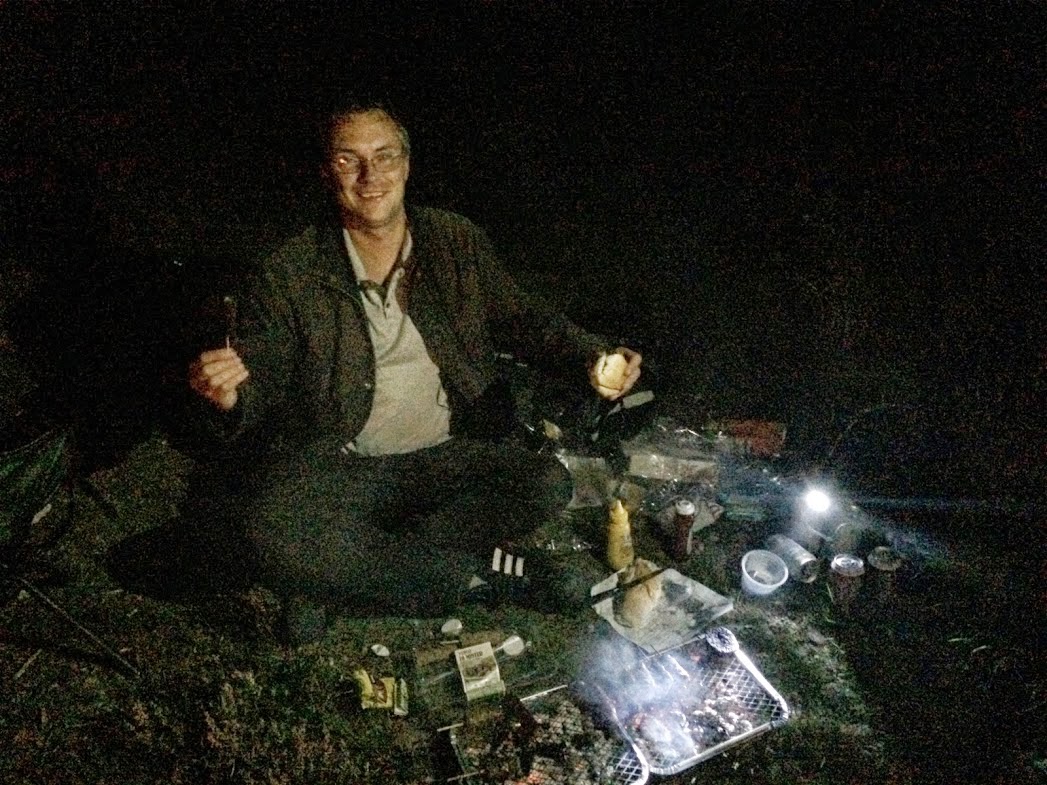 One of the attendees of the sky watch named Richard was in the process of putting together a paranormal documentary for his university course. He had previously come on down to a couple of our group meetings, and it was nice to see him back for the sky watch. He set up his camera at the edge of the location to capture some atmospheric footage for his production.

Numerous others had brought along night vision scopes and laser pointers, and we soon got to work watching the skies. It was relatively quiet other than the occasional aeroplane, but everyone kept their eyes peeled for something more unusual. 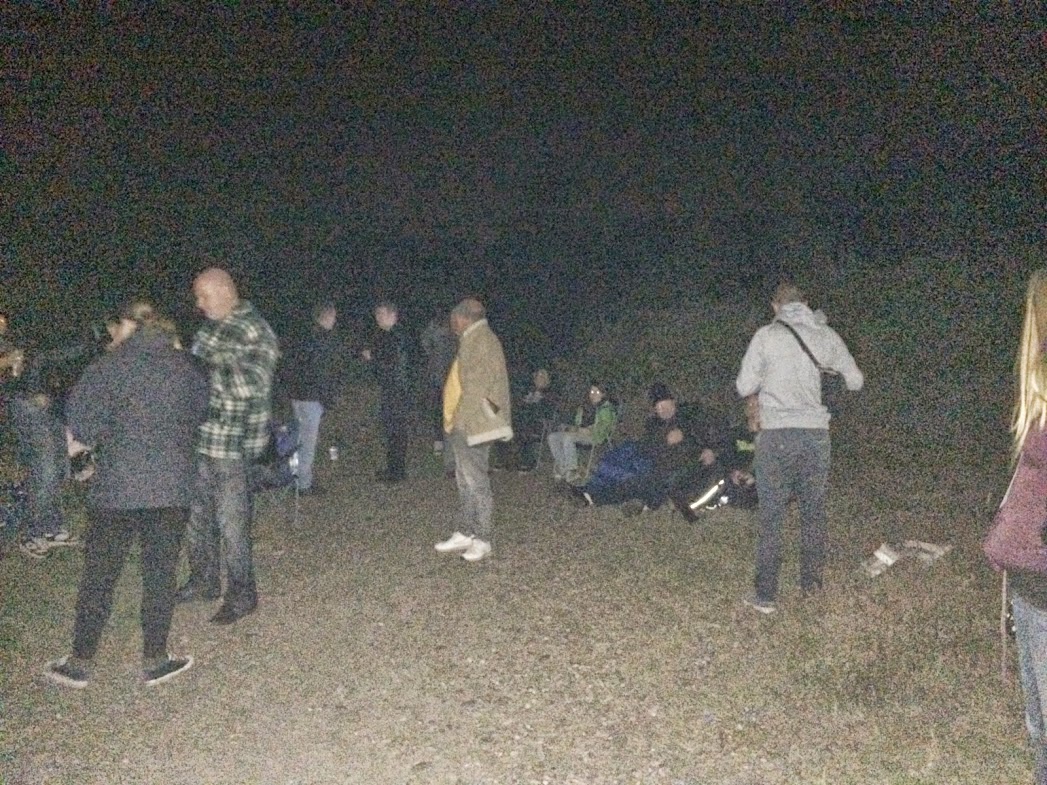 And speaking of things more unusual, I decided it was time to fill everyone in with some tales of the “Cannock Chase Pig Man”. The story goes that secret experiments performed in the area had led to the creation of a half man-half pig creature which roams Cannock Chase to this very day! Lee Brickley’s book “UFOs, Werewolves &amp; The Pig Man” covers several chilling sightings of this hideous beast, the most recent of which took place in 2011. So lit by the firelight I proceeded to read out these spooky tales to the delight/horror of those present! 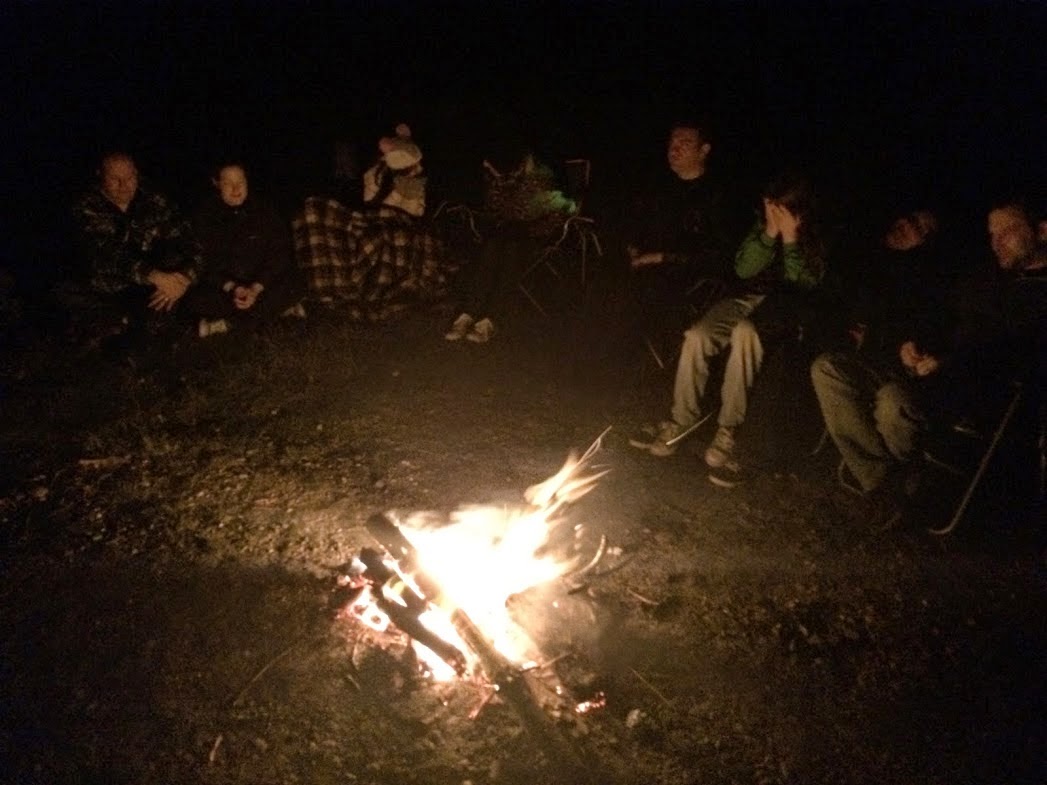 As the evening progressed a few people reported hearing strange sounds coming from the undergrowth including growling and something which sounded like a cow. I had a go on an electronic device used to detect high frequency noise such as the sound that bats make. However it just sounded like white noise, there were clearly no bats in the area at the time (Perhaps they were scared away by the firelight). At one point we got a little excited when we spotted what initially appeared to be two star-like white lights moving away from one another. However it soon became clear that one of these was a satellite, and the other light was a star which it had happened to just be passing when it was first spotted. 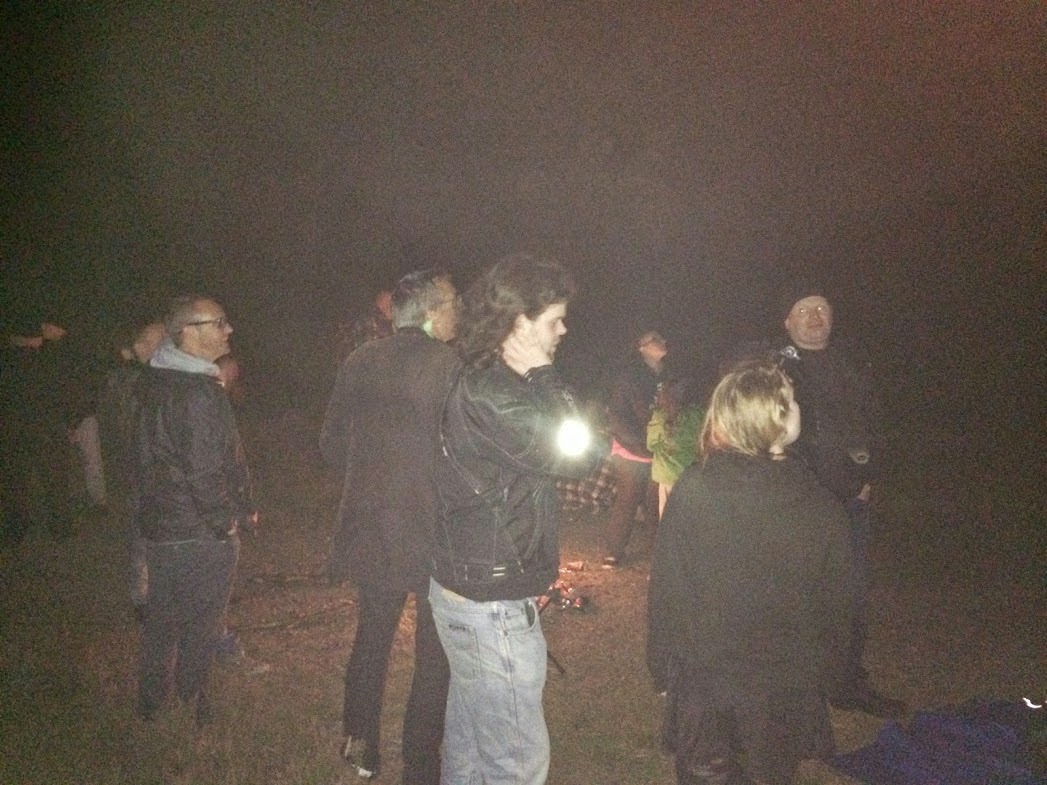 By about half midnight we had pretty much resigned ourselves to the fact that were not going to witness anything out of the ordinary. However we were soon to be proved entirely wrong. One of the people at the edge closest to the forest reported hearing some rustling coming out of the bushes alongside the path. I and several others armed with our night vision cameras crept closer to where the sounds had been heard. Suddenly a figure loomed forward out of the darkness. I can barely find the words to tell you what we all clearly saw.

After losing sight of the mysterious figure, we then caught a glimpse of movement coming from the trees at the edge of the forest. Heading further along the path to try and chase down whatever it was, a strange sense of foreboding overcame us. We knew that it was close. We gingerly crept forward through the bracken. A sudden breeze carried the unmistakeable smell of smoky bacon. And then there it was, peering out from behind a tree. I must warn you that the following photographs are deeply disturbing and not for the faint of heart: 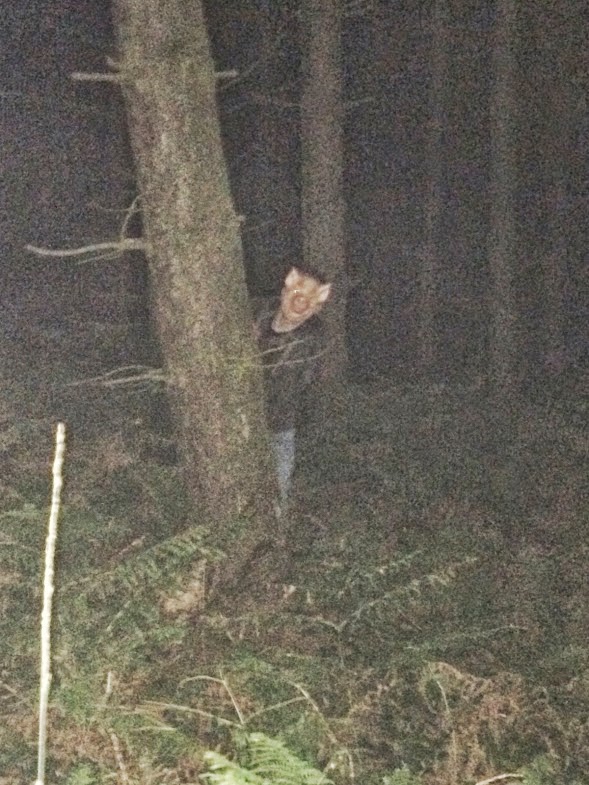 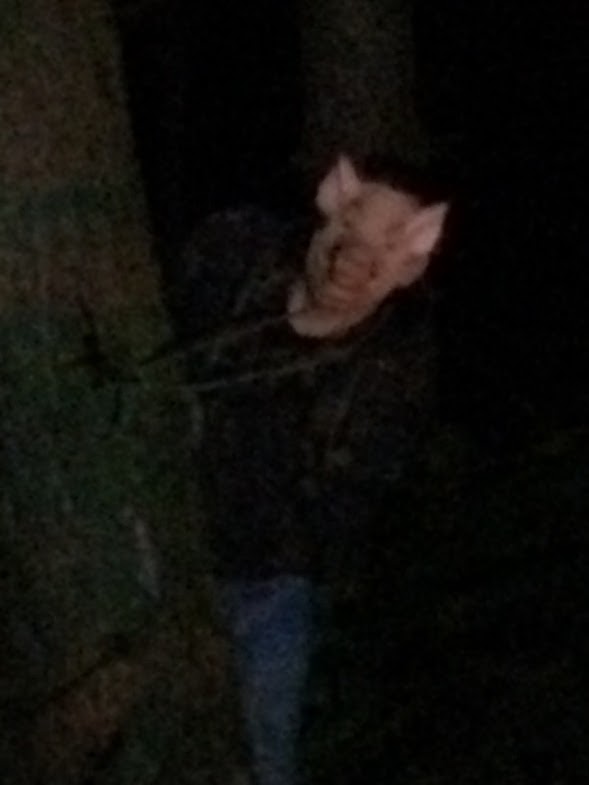 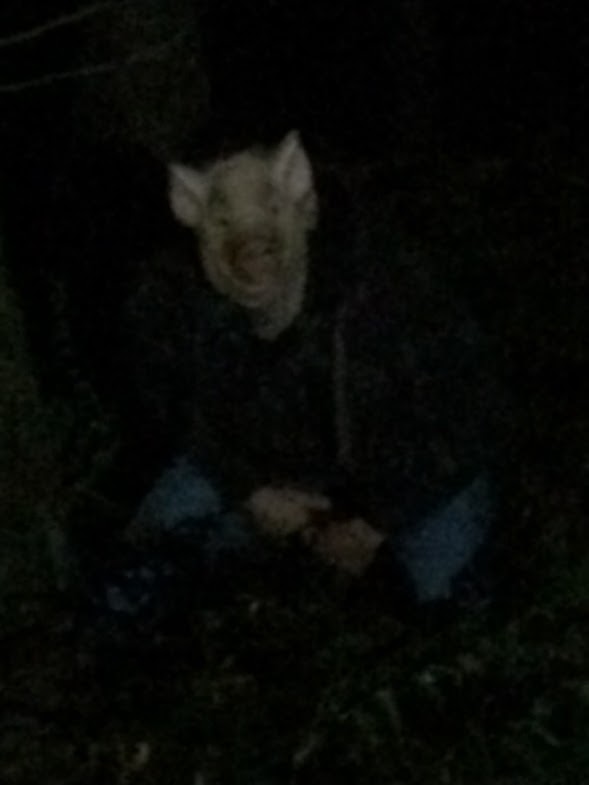 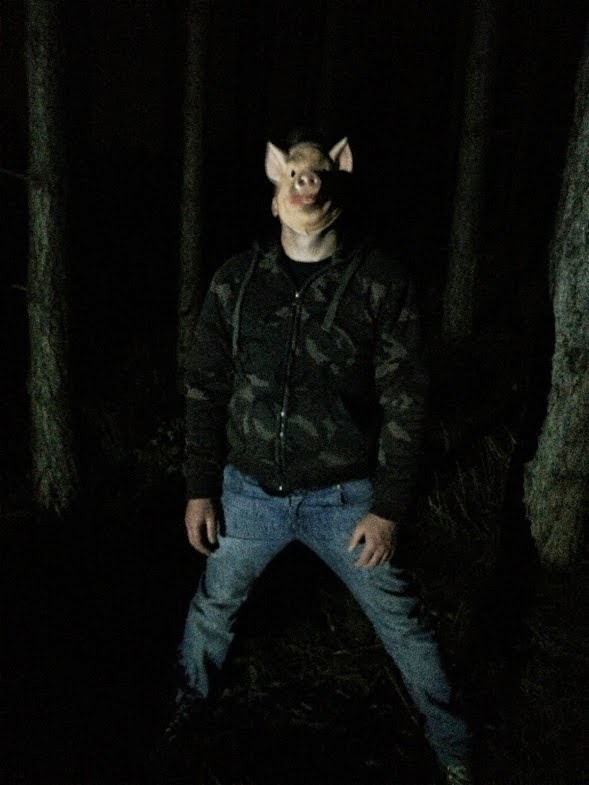 So there it is. What did we see out there on Cannock Chase? After extensively analysing both the night vision footage and the photographs I snapped on my mobile phone I can only conclude that we had a close encounter with the legendary Pig Man, who I might add was definitely not BUFOG member Adam wearing a cheap pig mask purchased for £2.99 off E-Bay.

Our terrifying encounter brought the sky watch to a close and we decided to head back to the cars after ensuring that the flames were out and not going to start a forest fire. Everyone seemed to have had a superb time despite the lack of UFOs in the sky. After taking a final group photograph we headed back down the slope to the road, said our goodbyes and headed for home. I’ve no doubt we will be back to the Chase again in the future, so if you missed out this time keep an eye on the website. 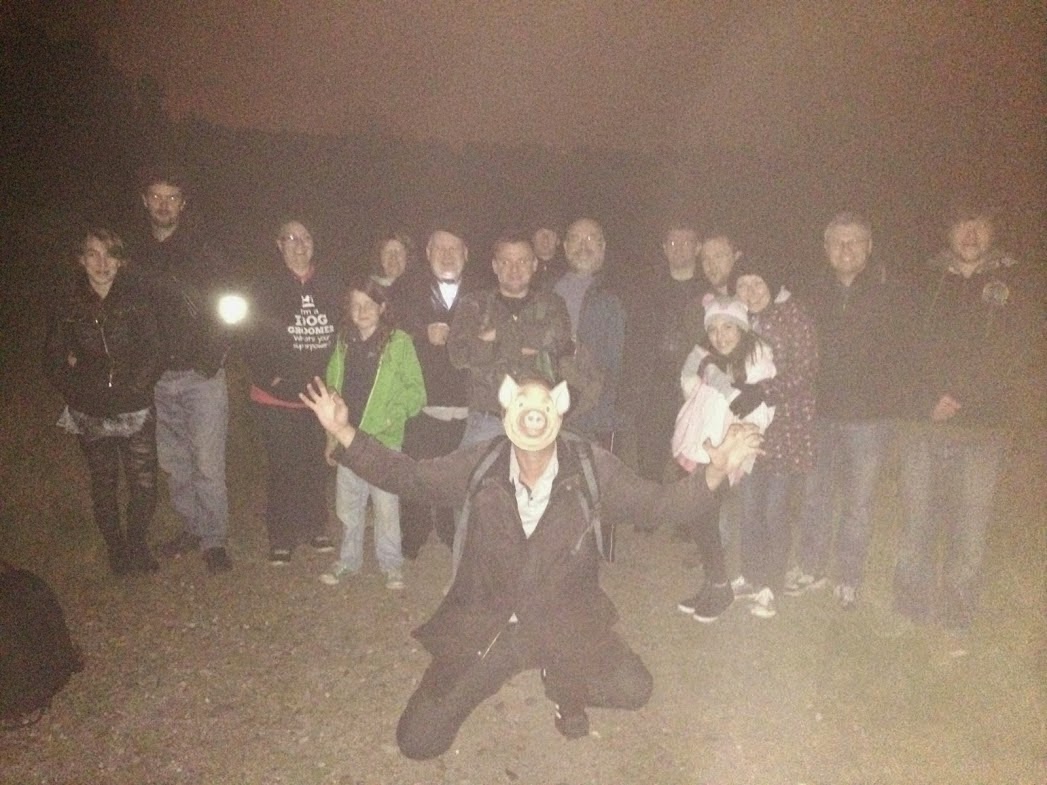 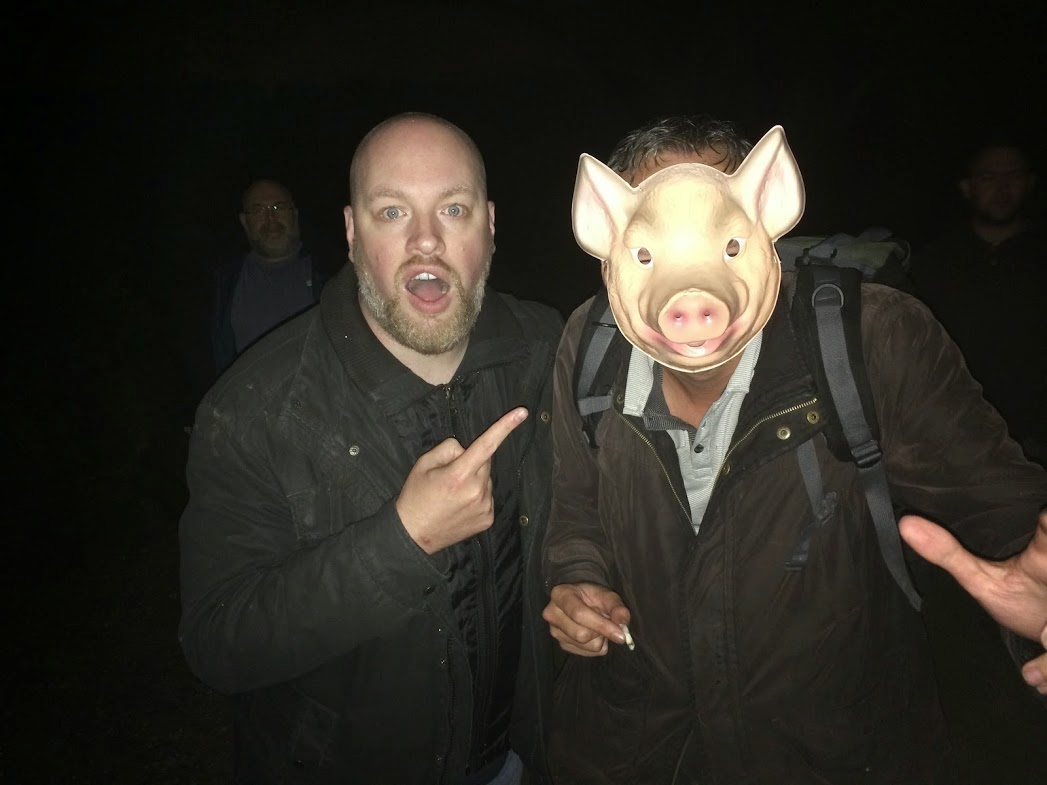 The truth is out there. And it smells of bacon.