On the evening of 30th October 2013 an event with a difference took place at Birmingham UFO Group. Earlier in the year I found out about a fascinating device known as the Lucid Light Device, nicknamed Lucia No 3. The device has been created by two Austrians – clinical psychologist Englebert Winkler and neurology specialist Dirk Proeckl. It is a machine which uses stroboscopic lights to induce altered states of consciousness, which can include visual hallucinations, feelings of weightlessness or even out-of-body-experiences. It is possible for companies to purchase one of these devices and then provide sessions for anyone interested to explore what it is capable of.

I learned that Englebert and Dirk had previously arranged special workshop events at locations in the UK where many people got the chance to try out the device for a short period of time. With the assistance of consciousness expert Anthony Peake I was able to arrange for Englebert and Dirk to bring two Lucia devices to Birmingham! And so for our October 2013 meeting instead of the usual UFO-themed lecture/documentary we were proudly able to hold a Lucid Light Device workshop at our usual venue in Oldbury.

My wife, father, brother and I arrived at the venue early in order to prepare and to greet the Lucia crew on their arrival. In addition to Englebert and Dirk there were two guys named Alex and Daniel who were from Light Eye Mind, a permanent Lucia salon down in London. Over the next half hour they proceeded to set up two devices inside enclosed tents at the far corner of the function room. While this was going on I set up the usual BUFOG tech in order to show some documentaries and music videos throughout the evening. 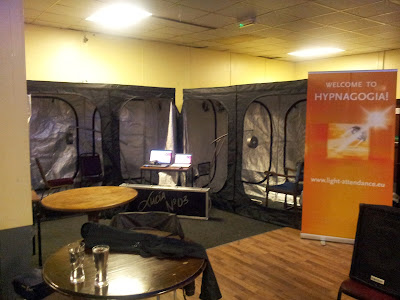 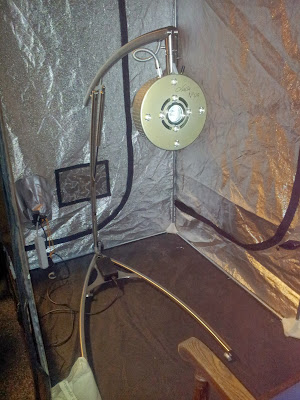 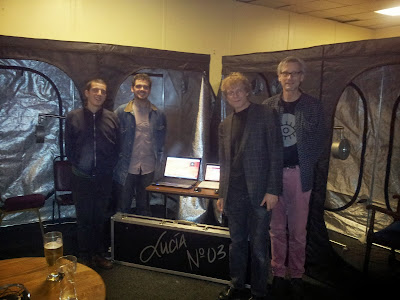 Once everything was ready it was time for me and my brother to be the first to have a session on the devices. Inside each tented enclosure the crew had set up a device with a comfortable chair positioned alongside it. I sat down and stared at the metallic contraption in front of me, anticipating what may or may not happen when the light began. Dirk gave me some headphones to put on which served to block out the noise from the outside world as well as to play some music of my choosing. Not knowing what was on offer I went with Dirk’s suggestion of mellow trance. I was then asked to relax, sit back and close my eyes. It is the flashes of light seen through closed eyelids which produces the observed effects. 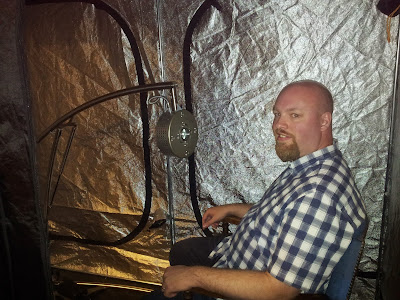 Everyone’s experience on the device is individual. But here is what I experienced. At first I just saw a reddish-orange glow. But as the flashes of light began to flicker there was a sudden colour shift to hues of blues and greens which had a mottled effect. A moment later and it changed again to black and white, and seemed to be rotating slowly. These intense colour and pattern changes continued throughout the experience, it was extremely psychedelic. The device was programmed to give a 2 minute warm up session, then a longer more intense session. It was during this second session that the more extreme effects began to emerge. At one point the colours went magenta and yellow, and a star-like geometric shape split into hexagons began to appear in the centre of my vision. At another point I began to feel like I was flying forward through the light extremely rapidly. This only happened for a brief time before I seemed to abruptly stop moving.

Towards the end of the experience my eyes started to water because of the intensity of the light, but it was overall a pleasurable and interesting time. For me it was solely visual, there was no sensation of anything spiritual nor did I feel at any point that I was beginning to leave my physical body. However the intensity of the experience is variable from person to person, and can also depend on the amount of time spent using the device. It was only a short taster of what it was like, and perhaps if I went for a longer session more profound elements may begin to occur.

I had agreed with Anthony Peake that I would make video recordings of people describing what they experienced on the device throughout the evening. This was mostly done for research purposes, but I also plan to create a video montage of experiences. Once this has been created I will add it to this article.

It seemed that most people experienced extreme colour changes and geometric shapes/patterns. Several, my wife included, experienced the feeling of spinning around. My wife found this sensation very amusing and was actually laughing to herself when her session on the device ended! Others had the sensation of flying down a tunnel similar to what I had felt. But for a few the experience went further than this. They described the feeling of coming up out of their body, or of witnessing actual visions of other locations. But however intense the experience, there was an almost unanimous agreement that it was extremely positive and enjoyable. 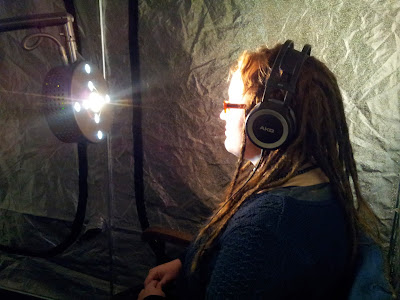 During the evening, which officially kicked off at 6pm, Englebert and Dirk spoke on microphone numerous times about the construction of Lucia and what they were learning from its observed effects. This included a detailed Q&amp;A. Alex also informed everyone about Light Eye Mind, and my brother Andrew spoke about his investigative work into out-of-body experiences. With the remainder of the time, we showed the fascinating documentary DMT The Spirit Molecule, a short documentary on Lucia and many psychedelic music videos. It was an extremely social event, with conversations sparking up all around the room for the duration. 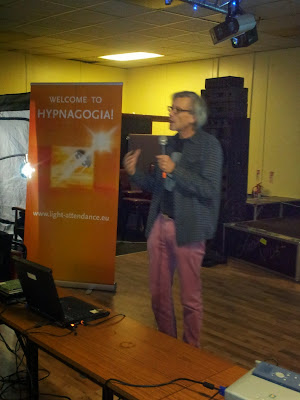 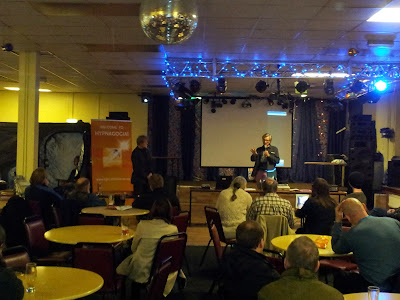 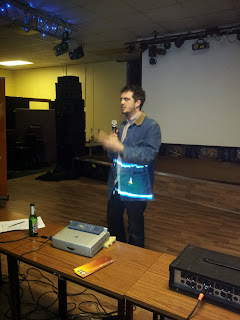 Many people turned up for the workshop, both regular attendees of BUFOG and many other people who had found out about it via various sources. It was certainly one of the busiest evenings in a long time. Most attendees put their names down to have a session on one of the devices and we were extremely worried that some would not get to experience it. However we somehow just about managed to reach the end of the waiting list before the venue had to close for the night. Both I and the Lucia crew were so happy that most had got to try out the device, it worked out perfectly! 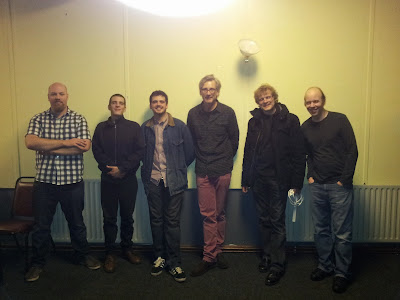 I would like to use this opportunity to thank Englebert, Dirk, Alex and Daniel for coming to Birmingham to hold the workshop. It was an absolutely amazing evening which everyone thoroughly enjoyed. I wish them all the best with their on-going research with the device. This will certainly not be the last time that I try Lucia. Next year I hope to arrange a group excursion down to London to visit Light Eye Mind for the day. This will hopefully give us the chance to try out Lucia for a longer period of time. Who knows what profound experiences await us? Only time will tell…