On the evening of Saturday 22nd June 2019 BUFOG headed out to a location we had never chosen before for a sky watch – Barr Beacon in Walsall. Only 3 miles out of Walsall town centre, Barr Beacon is one of the highest points in the Midlands with a superb panoramic view of the sky. It is also the first urban nature reserve to be awarded the "Dark Sky Discovery Site" status by national astronomy and environmental organisations. On the summit is a stone war memorial, which made it a very picturesque choice for a watch (as well as providing a form of shelter should we have needed it – which luckily we didn’t)

We initially met up at Farmer Johns Streetly pub. It is a very popular bar but luckily we managed to grab a table in one of the corners. After a while we headed outside and relaxed in the beer garden. We stayed there for about 90 minutes, discussing everything from the recently leaked Vice Admiral Thomas Wilson document to the Mandela Effect. 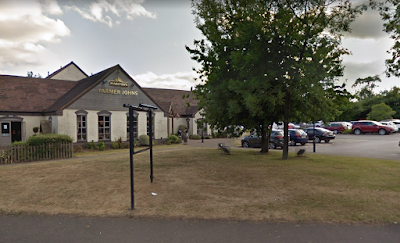 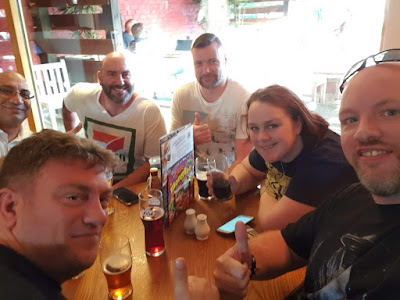 It was then time to head for the Beacon, which was only 5 minutes drive away. The official car park is locked after 7.30pm and by now it was about 8.45pm. Luckily we had previously managed to secure the keys for the gate, so were granted access. Working out how to actually open the gate was a bit of a mission but we got there in the end and made our way up to the top. There were a few other visitors up there who were no doubt confused as to how we’d managed to get past the locked gate! 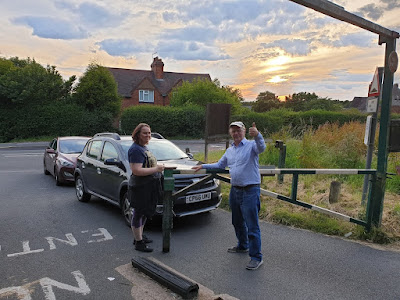 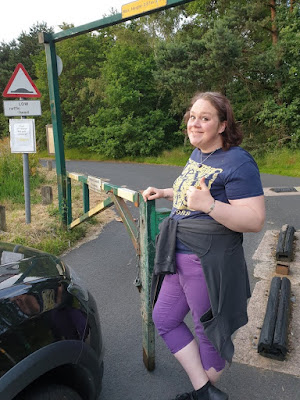 The car park we had decided to use was a little further away from the sky watch location than I had first anticipated, and we had brought quite a bit of gear with us including camping chairs, temporary BBQs and food to cook. But between us it was light work and after a short walk along the edge of Barr Beacon reservoir we finally arrived at the war memorial. Waiting for us were Multidimensional Show hosts Dave and Rachel and their friend, who had decided to head straight up the memorial and meet us there. 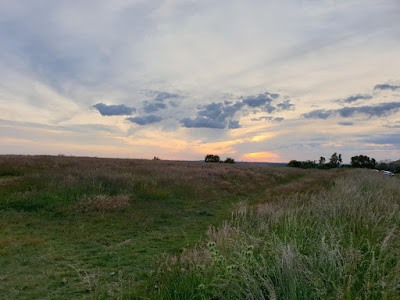 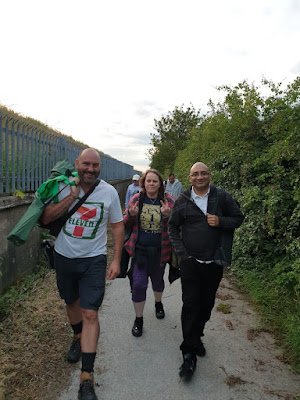 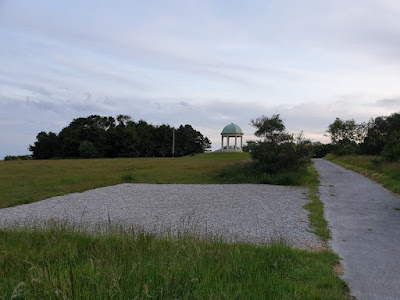 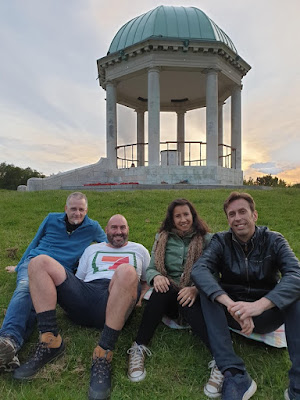 The location did not disappoint! It was a lovely evening with a clear view of the sky in all directions. The white stone war memorial looked stunning in the setting sunlight, and we sat down on the grass-covered slope which leads up to it. While exploring the memorial I discovered a couple seated on the far side who were just there to relax rather than for the sky watch. We had a brief chat and they informed me that a number of years ago they had seen an unidentified black coloured cylindrical shaped object in the sky from the location. I soon re-joined the other watchers on the grass. After socialising a short while we were joined by several late arrivals. 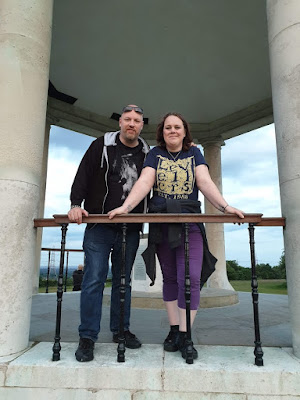 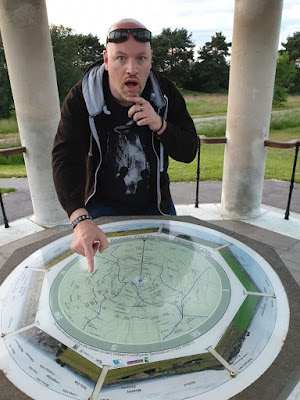 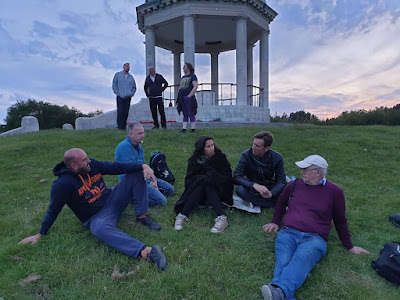 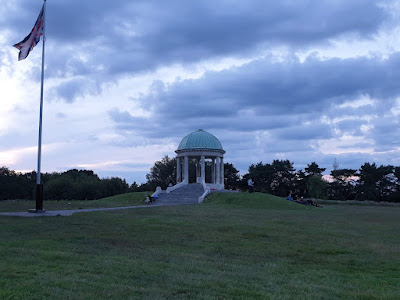 Not long after we decided it was time for Dave and Rachel to conduct what is known as a CE5 protocol. This is essentially a guided meditation performed in an attempt to initiate ET contact and bring in craft to our location. After reading out an introductory passage, most of us took part in the meditation session, following the wording provided by a Youtube video played on Dave’s phone. The session took about 10 minutes after which we all felt quite relaxed.

After this we began doing what we had set out to do – watch the skies! It wasn’t long before my friend Chris mentioned that several times he had seen a small white flash of light in a particular location in the sky, like a stationary strobe light. I asked him to point out the position and looked around to where he had seen it. Within moments I too saw it, just once. We continued to watch but it did not make any further appearances. It was too anomalous to be considered something significant, but interesting none the less.

My girlfriend Tasha then kindly lit up the temporary BBQs and began to cook everyone some burgers, sausages and lamb kebabs. A light breeze had picked up by this time and with the setting of the sun the temperature had definitely started to drop. Some of us crowded around the BBQs to keep warm. Around this time a local hiker arrived at the monument and I filled him in on what we were up to. Soon everyone else moved from the grass to the stone path which leads up to the monument and we all enjoyed some hot food.

Around 11.30pm we headed inside the war memorial for a while. There is a central stone plinth with a map of the area on top. We crowded around this in a circle and I proceeded to read out a news article and details of a number of Walsall-based cases I had investigated.

We stayed on the steps of the memorial a while longer looking up at the sky, which was partially cloudy but some stars could be made out. By 12.30am most of the sky watchers were starting to get a bit chilly so we decided to call it a night, but not before taking a couple of final shots on the steps, which included the terrifying appearance of a strange being with glowing light for a face, as you can see below...

We left the memorial, headed back to the cars by torchlight and made our way back home. While we had not had any definite sightings, other than the white point of light, everyone was in high spirits. We will definately be making a return to the Beacon in the future!