On a clear sunny afternoon in August 2005 shop re-fitter Toni Cliff was working alongside a number of others on the M&Co clothing shop, East Street, Bridport. It was a week day early in the month but Toni cannot remember the exact date. The sky above was completely cloudless; it was a warm day with no wind. It was between 1-2pm in the afternoon. 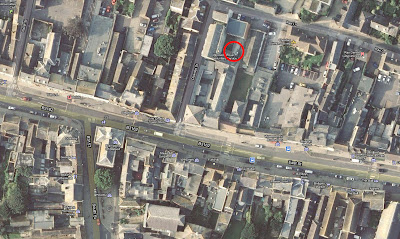 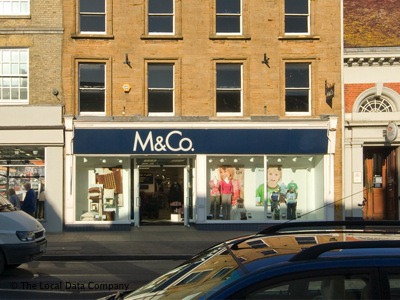 Toni and his three work mates Steven, Charlie and Martin were at the rear of the shop having a tea break. Above them in the sky was a bird. Steven asked Toni what kind of a bird it was. He replied that it was a buzzard. They continued to stare up into the sky. Then Toni noticed a white spherical object. It was almost directly overhead, but off to his right a short way. It looked like it was at high altitude, and appeared to be about the size of a car.

He asked Steven “Can you see that up there?” Steven replied that he could. At first the object appeared to be moving on a straight and level course to the North. It appeared to be moving at a very fast speed. Toni estimates it was moving three times as fast as a jet airliner. Then suddenly the sphere seemed to rapidly ascend at a sharp angle for a moment, before levelling out again. As the men watched it continued to make these abrupt stepping manoeuvres.

After about 30 seconds the object suddenly turned sharply to the East. It continued heading East for a short distance and then seemed to fade out of sight, despite the fact that it was a clear day with good visibility.

The men discussed what they had just seen and after a few minutes the realisation that they had witnessed a UFO began to sink in. Later back home Toni thought about the object again and it bothered him, he felt vulnerable and was a little scared. Soon afterwards he told his family what he had seen. They believed him although suggested it was down to misidentification of a mundane object.