Over the years, witness Francis Mulholland has been lucky enough to see several UFOs, all in close proximity to his house on Ewell Road, Erdington. All three sightings have aspects that are hard to explain, making them very interesting cases. This report will cover each of these sightings in detail, as well as a fourth sighting by one of Francis’ friends.

The first time Francis witnessed something unexplained was in the summer of 1996. It was between 6.00-6.30pm, and a warm still evening with some cloud cover. Francis was in his bedroom watching TV. He happened to glance out of the window to the road outside. In the distance above the trees to the North East he noticed something unusual in the sky. The object appeared to be a highly reflective metallic silver sphere. It was hard to judge the size of it as it was quite far away, but he estimates it was around the size of a car. It was quite high up in the sky, about the height a plane would be. What was most striking about the object was not its appearance, but its movement patterns. It appeared to be continuously moving and changing direction, spinning around in circles and zigzagging. It was doing this at quite a speed (at least 200mph he believed), and never stopped moving even for a second. This movement was localised to an area, the object was not flying right across the skyline. Francis wondered what it could be, but most explanations didn’t seem to fit what he was looking at.

After watching the object for several minutes, it suddenly began to slowly move in a straight path away from his location until he could no longer see it from the window. He ran to the front door of his house to see if he could still see it. When he looked, he could once more see the object, and it was once again performing all sorts of circling manoeuvres. He continued to watch it for several minutes before it disappeared into a cloud. He then waited for quite a while to see if it would reappear but he did not see it again. 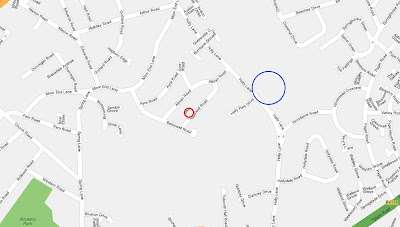 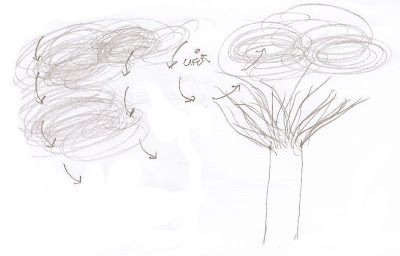 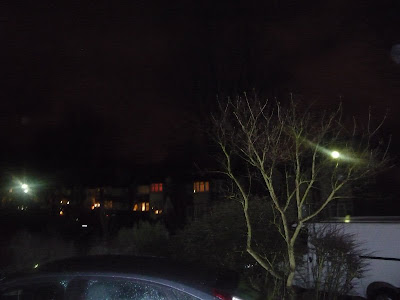 With this sighting, the movement performed by the object dismisses many explanations straight away. It was not an aeroplane or helicopter, as neither of these would be able to perform such high speed manoeuvres, nor would they have the reason to. It is unlikely a bird caught in the sunlight would have flown in this pattern too, and the witness clearly identified it as a metallic orb. A balloon of some kind would certainly have drifted slowly, not span and zigzagged in the sky. Francis is sure that it was under intelligent control. He does not believe it was a secret military craft as why would they be flying it over the middle of Birmingham in such unusual patterns? Unfortunately Francis does not have a camera so no photographic/video evidence could be taken. He did not see anyone else nearby and it is unknown whether there were others who also saw the object. At this present time we cannot come up with a suitable explanation for what was observed.

The UFO in this sighting was witnessed by not only Francis, but also his father and brother-in-law. It was between 2-4pm on a warm summer’s afternoon. The sky w