On the morning of 28th December, a couple from Dudley found something interesting in the morning frost – something which looked like a pair of unusual footprints. The couple’s daughter, Tracey Sharman, contacted BUFOG about the incident because they did not match any animal tracks she could think of so she wanted to hear our opinion. Soon afterwards an explanation for the markings was found.

She also gave details of a sighting of a number of lights she had seen on the 24th December over her house.

This report will cover both of these incidents.

It was 8pm on Christmas eve. Tracey was in her house on Stour Hill, Quarry Lane, Dudley. She decided to look out of the front window to see if she could spot a stray cat which had seen around the premises. It was a cold and still night, with not much cloud cover, and the stars visible in the sky. As she looked she suddenly noticed a glowing orb of light in the sky. It appeared to be at least the height that a helicopter would fly at. It was a constant brightness, and a fiery orange in colour. The orb was to the East of her position, but it was hard to judge how far away it was from her. It was moving slowly in a roughly Northern direction. 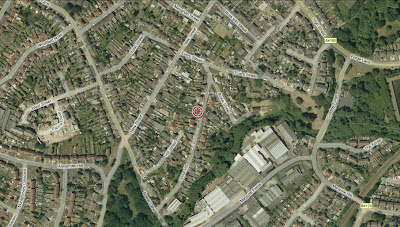 Tracey watched the orb until it had vanished out of sight. Soon after this she caught sight of a second orb which looked identical to the first. It moved on the same path and again went out of sight, and after this a third orb was seen to do the same. In total the sighting lasted for 3-4 minutes. During this time she got her binoculars to take a closer look at the objects, but did not take any photographs.

This sighting shows many characteristics of Chinese lanterns, and it is these that I believe Tracey saw. Lanterns appear as glowing orange orbs of light and are often launched one after the other. They will then typically get caught in air currents and drift in the same direction. Lanterns are very popular, especially around Christmas and New Year, and have been widely available in the shops of Birmingham this year.

Tracey’s parents live on Wood Road in Lower Gornal, Dudley. On the morning of 28th December, Tracey’s father stepped out into the back garden. There had been a heavy frost come down through the night which covered the lawn. As he surveyed the garden, he noticed two darker patches near the edge of the lawn. 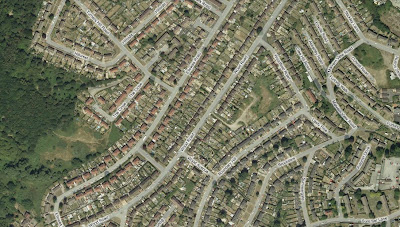 He went to take a look and realised that they appeared to be two identical footprint markings in the frost. They were diagonal from each other and approximately 6 inches apart. Each marking was a foot long by 6 inches wide. The initial impression was that they had been made by an animal with three toes or pads – two large with a smaller one in the middle.

Tracey’s dad went to get his tape measure and then took a number of close up photographs of one of the two markings. Below are the best of these photographs. The left edge of the second marking can be seen at the right side of the first photograph: 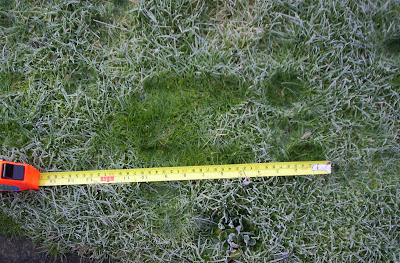 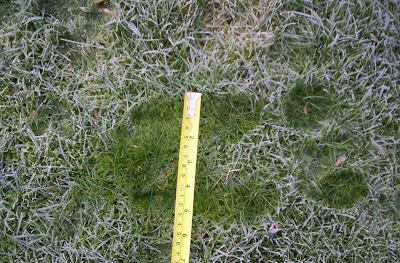 He was mystified by the footprints so decided to contact Tracey about them. He also sent her the photos to have a look at. There were two main puzzling aspects about the markings. Firstly they did not appear to match any animal tracks that either Tracey or her parents were aware of. Secondly there appeared to only be one pair of footprints out on their own – surely there should have been a trail leading to and from them?

I analyzed the photographs and could not come up with an explanation for them either. I downloaded a number of animal track charts but nothing really seemed to match. The closest was the hoofprint of a white tail deer, but there were a number of things wrong with this assumption. The markings seemed too big, there was only two of them not four, and why would a deer have been in the back garden of a house in the middle of Dudley? There was also suggestion that the markings may have been caused by two human shoe/boot prints very close together. But if this was the case the person would have had to have jumped with both feet together to make the second marking, and then managed to get out of the area without leaving more footprints. It was certainly a mystery.

However on the morning of 2nd January 2010, Tracey contacted me via E-Mail with a new photograph she had taken - a photograph of markings her pet cat had made in the morning frost: 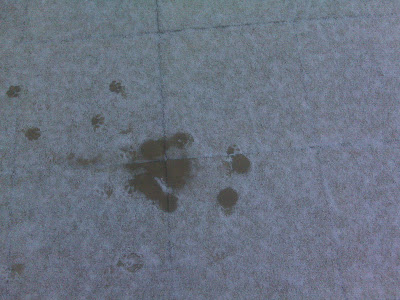 It seems the mystery was solved. The markings were not of a single footprint or even two footprints close together - they were caused by a cat sitting in an upright position on the grass! Despite looking slightly different, the markings are too similar to what was found on the 28th, and I am sure this is the explanation for them. I can only assume that the cat on the 28th was walking so briskly across the lawn that it's paw prints were not visible, it was only when it came to a halt twice that it melted the frost away to leave the markings behind.

This incident just goes to show how sometimes something completely normal can appear very unusual in certain circumstances. But I am pleased that an explanation has been found.