In October 2003, the three Concorde aircraft landed at Heathrow airport for the last time. This was quite a big event for aviation enthusiasts and was covered live on daytime news. Ewan (name changed for privacy reasons) knew a UFO investigator from Quest International. After the Concorde footage aired on TV, Ewan was contacted by this investigator. The investigator told him that there were a number of unidentified aerial objects in the footage. He sent Ewan the footage for him to take a look at. Ewan spent a day going through this footage and slowing it down. He believed that some of the objects were nothing more than birds. However one particular object puzzled him. It is this object that forms the basis of this report.

In February 2011, Ewan finally decided to get in touch with Richard Hall about the video footage, and subsequently it was passed on to me for analysis. Below are my findings.

The video is from live TV and shows Concorde landing at Heathrow Airport on 24th October 2003. About 25 seconds into the footage, as the camera tracks the aircraft on its landing path, what appears to be a white cigar or flattened disc shaped object moves across the screen. It seems to be solid with a darker shadowed area at the base which suggests it has a curved surface. It appears to be in the distance behind Concorde rather than flying directly under it. Below is the video footage recorded off live TV. The object can be seen at 24 seconds into the footage:

Here is a slowed down video showing the pass of the object:

As you can see, interestingly the object appears to be either wobbling or perhaps even spinning as it moves along. In relation to how Concorde appears on the screen it is of course quite small, but certainly appears to be a solid object of some description. It is either white in colour, or could possibly be metallic and brightly reflecting sunlight.

Still from the footage showing the object: 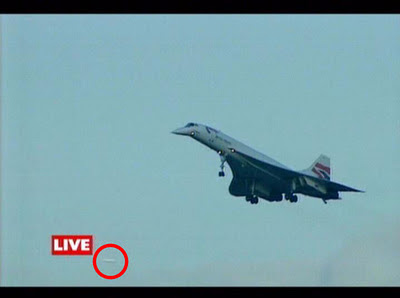 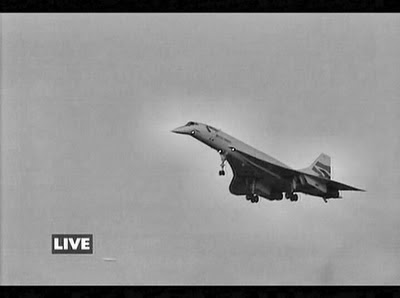 Zoomed still of the object: 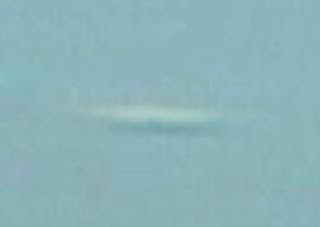 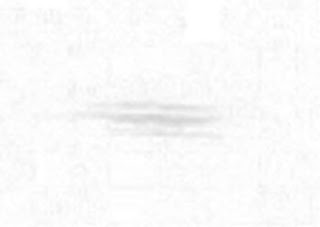 I cannot put out of the question that the object is not a bird out of focus due to the camera focusing on the aircraft. Could the flapping of the bird’s wings be responsible for the wobbling effect seen? However to counteract this argument the object appears too defined and smooth edged to be a bird, and it retains its shape for the entire second that it is visible in the footage. If it was a bird we may expect to make out a rough bird shape which would alter in each frame rather than remain identical. Also the object is stationary, as it appears to be, then it is unlikely to be a bird. Unfortunately it is impossible to ascertain whether or not the object is moving because the camera is panning and there is nothing else in the background to compare it against. Other possibilities are that it is another distant aircraft or blimp, or a small lenticular cloud. Perhaps the wobbling motion was caused by camera shake.

There is one anomaly within the video. In one frame when the object is about 1/3 of the way across the screen, there are smaller white “objects” seen to the left of it. These are not visible in the frames before or after. It is probable that they are caused by pixilation and nothing more, especially as they appear to be the same width and at the same height, but the video footage is quite clear, and is not at all grainy.

Zoomed still of the object showing the anomaly: 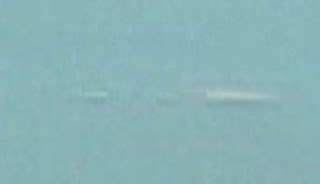 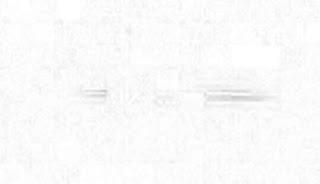 Could this be a genuine ET craft which was inadvertently captured on video while Concorde was being filmed? This is a possibility worth considering and even though there are other possible mundane explanations it cannot be put out of the question. If it is a craft of some kind, did anyone aboard Concorde actually see it during their descent to the airport? Whatever it is, it certainly appeared to be a solid object rather than just a reflection on the camera lens.

I have searched on-line but to my knowledge nobody else spotted the object in the TV footage. Though considering the occasion they probably had their eyes on other aerial objects!