On 17th February 2018 I was interviewed by Unite Planet Youtube channel. During the interview, one of the interviewers, Paul Northridge, informed me he and his family had witnessed a UFO back in 2009. The following day I got in touch to go over the experience in more depth.

On the evening of 20th June 2009, Paul and his wife Yulia went to see a production of the musical Les Miserables at Morley Smithey which their daughter Anya starred in. After the show they drove back to their home in Chaddesden, Derby. Paul drove, Yulia was in the passenger seat, and Anya sat behind him on the back seat. It was about 10.30pm and a clear, still evening. There was only light cloud in the sky and the sun had fully set. They were heading South along Lime Lane and passing farmer’s fields leading up to the crossroads with Derby Road. There were quite a few other vehicles on the road. 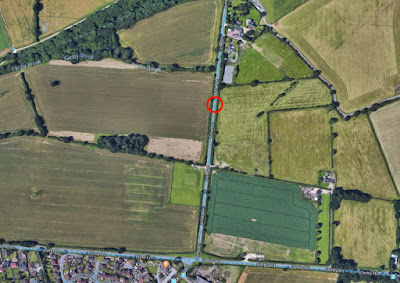 Anya was looking out of the right side window when noticed a light in the sky ahead of them to the South West of their location. She exclaimed “There’s a light there, I can’t tell what it is.” Due to the amount of traffic Paul was too busy keeping an eye on the road to look. Yulia attempted to see the object but could not due to the angle it was in the sky. Paul decided not to pull over and they continued their journey home.

Photograph from Lime Lane in the direction the light was seen: 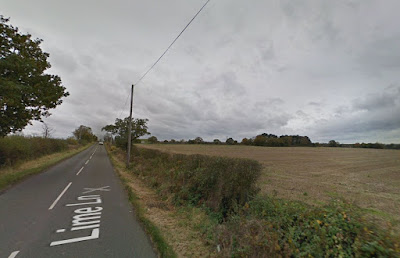 They reached the road they live on, Wilson Road in Chaddersden. As they pulled up outside the house, Anya informed them that she could still see the light. They all got out of the car. It became immediately obvious what she was looking at. To the North East of them in the sky visible over the roofs of the houses was a glowing orb of light. It was moving slowly in an Eastward direction at a steady pace. It appeared to be within a mile of their location. The predominant colour of the orb was orange, but when he looked at it Paul could see it fading between other colours including yellow, blue, red and white. 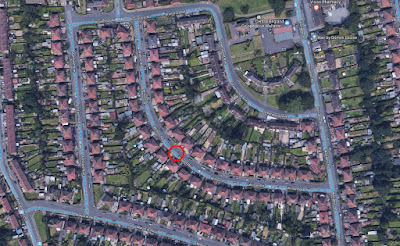 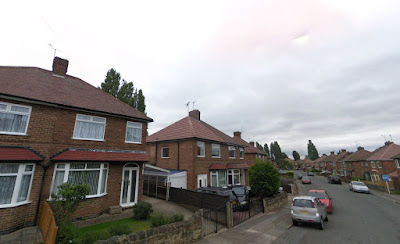 The family stood watching it in silence for about a minute. Then suddenly without warning it shot upwards at a very steep angle. The acceleration was instantaneous and the object vanished from sight in only a brief moment! All three witnesses were amazed at what they had just seen. They were convinced it could not have been a helicopter or Chinese lantern due to how fast it had ascended. They entered their home and then proceeded to discuss the object for the next hour.

Several days later Paul was still thinking about what they had seen. He decided to E-Mail Derby BBC news to ask if anyone else had reported seeing the object. He also logged the sighting with the UK UFO Sightings website.

There are a number of aspects of this incident that make it very interesting. Firstly is the fact that the object was seemingly observed twice. It was first spotted by Anya on Lime Lane, and was still in sight when they arrived home on Wilson Road. The distance between these locations is roughly 3.5 km, significant enough to conclude that the object must have been travelling in a similar direction to them. This could may even suggest that the object was specifically following them, although this would just be speculation.

Aerial map showing where the object was first sighted and where it was observed by all three witnesses: 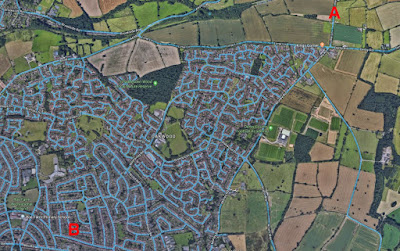 Another possibility is that the object Anya had seen initially was a different object to what was observed at Wilson Road. However this possibility seems unlikely, Anya certainly believed it was the same object.

Amber orange orbs of light often turn out to be Chinese lanterns, however Paul is familiar with what these look like and was convinced it was not one of these. Firstly he saw the object fading between different colours. Although white points of light can sometimes seem to flash other colours after dark, lanterns tend to remain orange and flicker or change in brightness. And as pointed out, the manoeuvre the object performed when it suddenly left the area means it could not have been a lantern – lanterns tend to drift slowly across the sky. Even if it had got caught in a sudden gust of wind (not forgetting of course that it was a still evening), it would not have travelled far and would still have been visible. The object certainly appeared to be under powered flight.

If it was not a lantern, what could it have been? Most other mundane explanations can also be disregarded due to the movement observed. And while drones are capable of performing sudden darting manoeuvres, they were not readily available back in 2009. I feel that taking everything into consideration, there is the possibility that what was observed was an advanced self-illuminated craft of some kind which possessed advanced propulsion capabilities.

If you have any further information regarding this incident please get in touch.