Craft referred to as Flying Triangles have been seen many times over the last couple of decades. There have been waves of sightings reported in numerous countries around the world. In many of these sightings, including some which I have previously looked into, the craft are only seen at a distance. However this report covers a stunning case where a Flying Triangle was seen at extremely close proximity by two witnesses. The incident contains many aspects, some of which suggest that more than just a sighting may have taken place. As well as the main sighting, the report also covers a number of other incidents, including a possible second sighting of the same craft.

The witnesses, Carl and Simon, were living on Holly Lane in Erdington, Birmingham, at the time of the incident. Running alongside part of Holly Lane is an area of wasteland referred to as “the tip”. 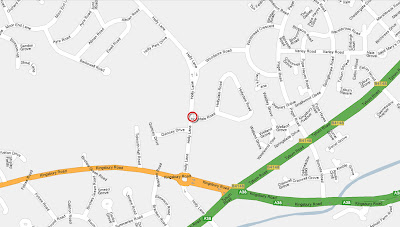 Many years ago the area used to be brickworks, but was then levelled and covered in grass. There was a number of dirt paths across the area, and people would often use the area for walking their dogs. Today the tip is heavily overgrown so it is much rarer to see people crossing it. Carl had a pet dog named Champ which he would walk numerous times a day on the tip. At the time of the incident, both Carl and Simon smoked. Simon’s parents were not aware of this fact, so to keep things this way they used to take Champ for a walk as an excuse for having a cigarette. They would sometimes do this very late at night. It was under these circumstances that they were out of their houses on the night of the incident.

Photograph of the tip as it appears today: 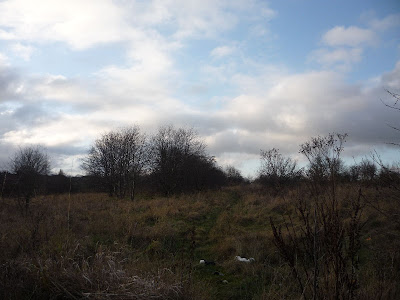 Carl cannot remember the exact year which the sighting took place (for a very valid reason which will be explained later). He says he must have been between the age of 21 and 25, which would mean the incident took place between 1999-2003. He believes it took place between 11pm-1am. It was a warm, still and clear night. Due to the weather conditions we may assume the incident took place in spring/summer, though this is not known for definite. Carl and Simon were outside with the dog. Carl doesn’t remember whether they had walked Champ over the tip or not, but he assumes they must have. His first recollection of the incident is of him and Simon standing on the corner of the junction between Holly Lane and Holly Dale Road.

Carl and Simon suddenly noticed some lights in the sky above the trees at the far side of the tip to the East. There were three lights in a triangular shape. Carl remembers them being red in colour. At first both witnesses assumed it was an aeroplane. Bu as they watched, the lights began to move from side to side a short distance. The movement looked erratic rather than smooth, as though the lights were shimmering left and right. The object was moving in a slow speed in their general direction.

Photograph of the tip from where the witnesses were standing in the direction which the UFO was first sighted: 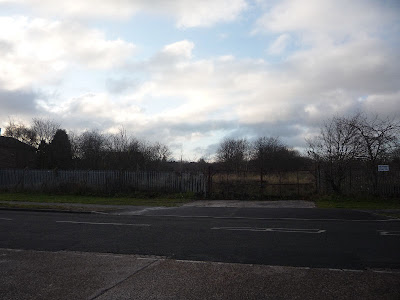 Drawing by Carl of how the UFO looked at a distance: