In some UFO cases, many of the aspects of the sighting can be easily explained away, but the unusual movement patterns performed by the object can prove something unusual has been observed. This appears to be so with this particular incident.

It took place in the late 1970s, the witness I spoke to, Dave Lee, thought it must have been in the latter half of 1977-78 when he was 9-10 years old. Back then he used to live in Hayes, Middlesex. It was around 6-8pm in the evening and he had gone out skateboarding with his brother and a friend around his local neighbourhood. The evening was clear, and due to the time of year it was already dark with the stars and moon clearly visible. The boys were chatting on the corner of Balmoral Drive.

One of them looked up into the night sky and saw what looked like a bright white ball of light travelling across the sky (Dave cannot remember who first sighted the object). He quickly alerted the other two and all three could then see it. The ball of light looked like it was out in space not high up in the Earth’s atmosphere. It was travelling very fast in the direction of the moon. The boys watched in amazement as the object appeared to actually orbit the moon!

Dave describes how it seemed to disappear behind the moon and then emerge from the other side. It then looked like it continued it’s course around the front of the moon before heading off in the direction it had come from and vanishing. The whole sighting only lasted for less than five seconds so this object must have been moving extremely fast. After the incident the boys mentioned it to people but they thought it must have just been their imagination. Both Dave and his brother still remember the incident and discuss it from time to time. 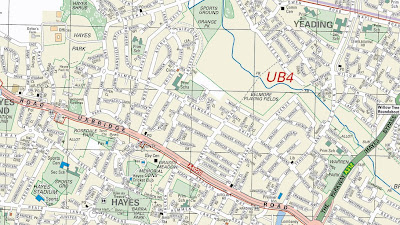 Many would say that the object sighted was either a meteorite or satellite. A moving white light travelling across the night sky could easily be interpreted as either of these two things. But how can its path around the moon be explained? If it really did orbit the moon, then the object must have been huge in size to have been spotted from the Earth. Dave wonders if someone else may have also seen the incident. I searched for any old newspaper articles describing the event but could not find anything about it. Could it have been a meteorite entering the Earth’s atmosphere, and the rotation of the moon simply an optical illusion of some kind? This is a possibility certainly. Also the witnesses were quite young, could the incident have appeared more spectacular and unusual to what in fact actually took place? It is unlikely we will ever know for sure as the sighting took place so long ago, but it remains an interesting case.