Sedgley is a small town in the north of Dudley.  It is situated along the A459 between Wolverhampton and Dudley. Since 1974 it has been part of the Dudley Metropolitan Borough.

Andrew is an author and a paranormal investigator. He is an Approved Investigator with ASSAP (Association of the Scientific Study of Anomalous Phenomena). The report below is made up of E-mails that he sent to a colleague almost minutes after the sighting. The wording has been edited to remove irrelevant material:

I've just seen something really strange on the way back from the Beacon! The sky is clear here and it is freezing. I saw a grey wing shaped thing moving fast in a straight line across the sky. It had no lights, no sound and logically I shouldn't have been able to see it against the dark sky. I don't think it was close to the ground but of course very difficult to tell at night.

It came from the Tipton direction. I have never seen anything like this. Only a short sighting but clear. I could not tell how high or big it was in the dark. My impression was light aircraft sized but faster moving. This is purely subjective of course. Absolutely no sound heard either. It was like a fast moving glider. Strangest airborne thing I have seen so far!!

Maybe it was illuminated by moonlight. I was only aware of a fixed wing. It flew right over me by the way not in the distance at all.

Photograph of the sighting location taken by the witness: 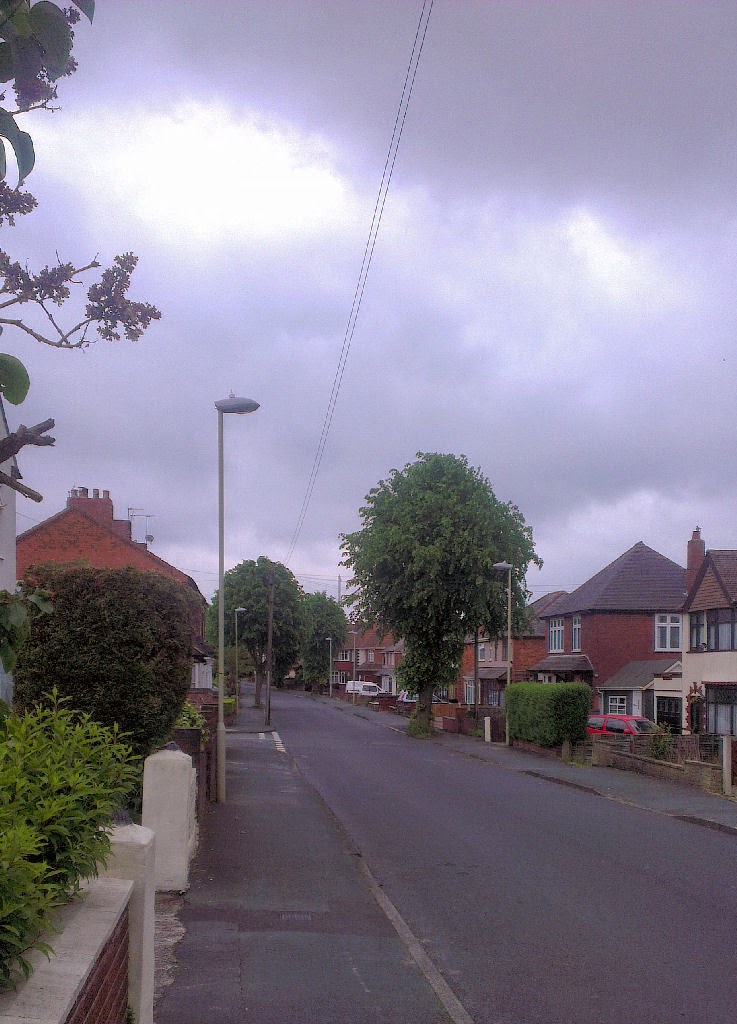 Clarifying this with the witness he observed an object moving from east to west but which was soundless, a single wing in shape, grey in colour and had no lights but moving quite fast. He was a little puzzled by how he could have seen it due to the fact that it could not be heard and was not self-illuminated.

Having known Andrew since 1999 When he was a lecturer at Dudley College I found him to be a highly truthful individual and not given to flights of fancy. He is very knowledgeable about anomalous phenomena and is aware of the psychology of how the mind can play trick on people. He is very good with details and accurate observation. He is also reasonably familiar with aircraft types.

Given the background of the observer it would be highly unlikely he would find a normal aircraft to be strange. The main possibility is that he saw some kind of stealth aircraft. A new design that does not make a noise. Most stealth craft such as the Northrop Grumman B-2 Spirit are invisible to radar but extremely noisy and tend to move quite fast across the sky. The shape of this stealth craft does not match that of the sighting. Given that neither I nor the witness is familiar with a military vehicle it would seem to me that the sighting should be recorded as an unknown.