On the evening of 19th April 2009, five witnesses in Newport Pagnell, Milton Keynes, had a sighting of three UFOs. It was about 10pm and Alan Turner was watching television in his lounge. His wife, who was on the phone to her sister at the time, went outside for a cigarette. It was a clear night with the stars visible, and seemed quite still. Suddenly she noticed a glowing orange orb of light in the sky to the North East. It seemed at least as high as a low flying plane, but it was hard to judge how far from her it was.

The light seen was bigger than a star but it was hard to tell how large the object actually was. It was travelling slowly across the sky in a South Westerly direction towards her. She called for Alan to come and see the object, and also told her sister about it who then came outside with her two children. 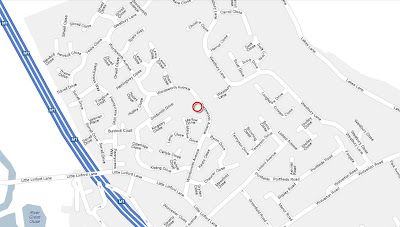 After about 30-40 seconds as the object passed by, it faded away and vanished (not due to distance). Soon afterwards a second object appeared and performed exactly the same manouver, fading out roughly the same place as before. This was then repeated by a third object. Alan managed to take several photographs of the objects.

Photograph of one of the UFOs: 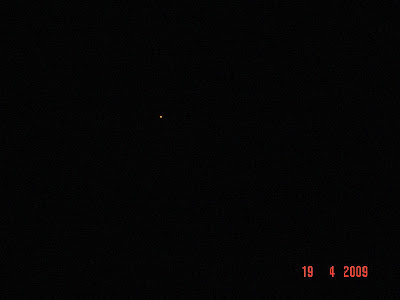 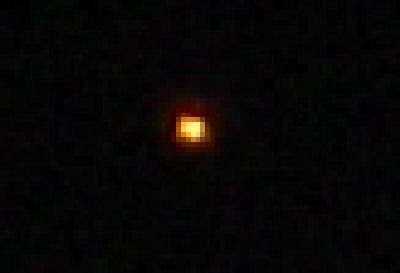 The witnesses were both mystified and slightly frightened by what they were seeing, and thought at the time that the objects must be either spaceship, satellites or meteorites burning up in the atmosphere. Due to the time of night, Alan feels that other people may well have witnessed the objects. The following day he wrote to his local newspaper, but they have yet to print an article on the sighting.

Due to the description, colour and movement patterns seen, it is highly probable that what the witnesses saw was several chinese lanterns. These often tend to be launched in groups, and tend to drift in the same path across the sky following the direction of the wind. They stay afloat for a while before burning out and fading, which is exactly what the objects were seen to do. The objects were moving too slowly to be meteorites burning up in the atmosphere, and it would be unlikely for meteorites to be moving in exactly the same direction three times in succession. As nobody has come forward to say that lanterns were launched in the area at that time, we cannot say for certain that this was the cause, however it does seem to fit this explanation.