Early evening on the 19th January 2012, James stepped out of his house in Wolverhampton. It was 5.20pm and due to the time of year was already dark. The weather was relatively clear, with a mild breeze blowing. He looked up into the sky and noticed a glowing white light, which he initially thought was the moon, although he noted that it looked strange.

He walked out to a local shop on Staveley Road. There were other people around but nobody else seemed to have noticed the white light and were just going about their business. 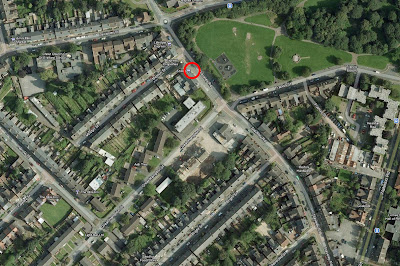 As he got close to the shop, James once again looked up into the sky. He was amazed to see that the white light had not been the moon after all. About 200 feet in the air was what appeared to be a black triangular shaped object with bright white lights around its edge. Due to the brightness of the lights he couldn’t tell how many there were. The object was larger than a house in size, and about 20 foot in depth, similar in shape to a quarter cut sandwich. It was completely motionless and silent. 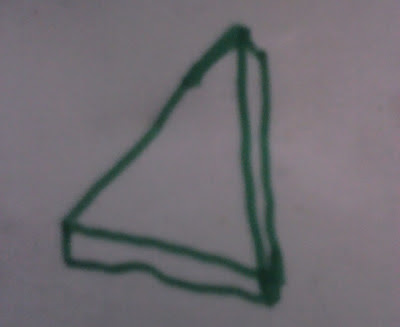 James observed the object for about 3 minutes. Sadly he didn’t have his mobile phone on him so had no way of filming it. After this time he decided to go into the shop to get a 2nd witness. He went up to the counter and told the shop keeper that there was a UFO outside and that he should come and take a look at it. This took no longer than 10 seconds but when both men returned outside the object had vanished. The shopkeeper was disappointed and said that he always wanted to see a UFO.

He looked up into the sky at a glowing light which he initially thought was the moon. However he soon realised that it was a black triangular shaped object with a white light at each corner hovering completely still in the sky. He viewed it for a short while before deciding to go inside a nearby shop to get a 2nd witness. This took no longer than 10 seconds but when he returned outside the object had vanished.