David Rose lives in Wolverhampton and has had a great interest in UFOs for many years. On Tuesday 15th September 2009 he was on holiday at Portmadog in North Wales with his parents and sister. It was between 3-4pm in the afternoon and they were walking around the area of the harbour. It was a sunny day with partial cloud cover and a light breeze. David decided to take a photograph of the boats in the harbour. He did not notice anything out of the ordinary. 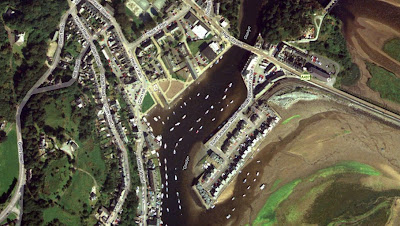 Later in the evening when he checked through the photos he had taken, on the harbour photograph he saw a small dark object in the sky. Zooming in on the object revealed it to be a black oval-shaped object with some thin blurred lines above and below it. David thought the photo was intriguing and definitely not a seagull, so decided to send it to BUFOG for my opinion on it.

The original photograph (Scan of print, object in upper middle): 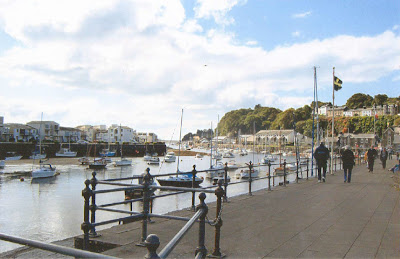 Zoomed view of the object: 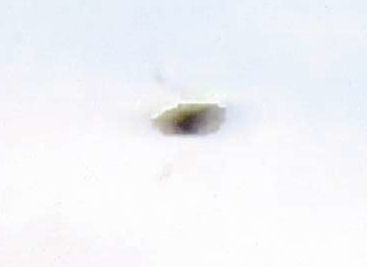 Edge find view of the object: However I personally believe the object may be a fly or other insect flying past the camera lens. The blurred lines above and below the object could well be the wings of the insect caught in motion, with the main bulk of the object being it’s body. The object is also very small on the photo and could easily be something tiny close to the camera rather than a large object at a distance. There is no visible structure or lines which would indicate that the object was artificial in nature. If it is an insect, this would explain why David did not see anything at the time. If it was a larger object such as a kite or balloon, it is likely he would have noticed it when taking the photo.

David’s photograph is still open to speculation, you may well believe it to be something more unusual, but I think that in this case an insect is the most likely explanation.