I always appreciate it when witnesses get in touch very soon after witnessing something unusual in the sky. In this particular case the gentleman contacted me on speaker phone while still driving, within minutes of his experience.

At approximately 11pm Gary was on his way to Cannock from Reddich and driving West along the M42 motorway. It was a very clear and calm evening with the stars fully visible. He was about a mile from the junction to the A38 close to the town of Blackwell, when he suddenly noticed something bright off to the left of the motorway in his peripheral vision. He looked round and saw what appeared to be a very bright luminous green light with a long green trail behind it. Gary likened this trail to the afterburner of a jet but much longer.

Aerial map of the M42 showing the approximate location of the sighting: 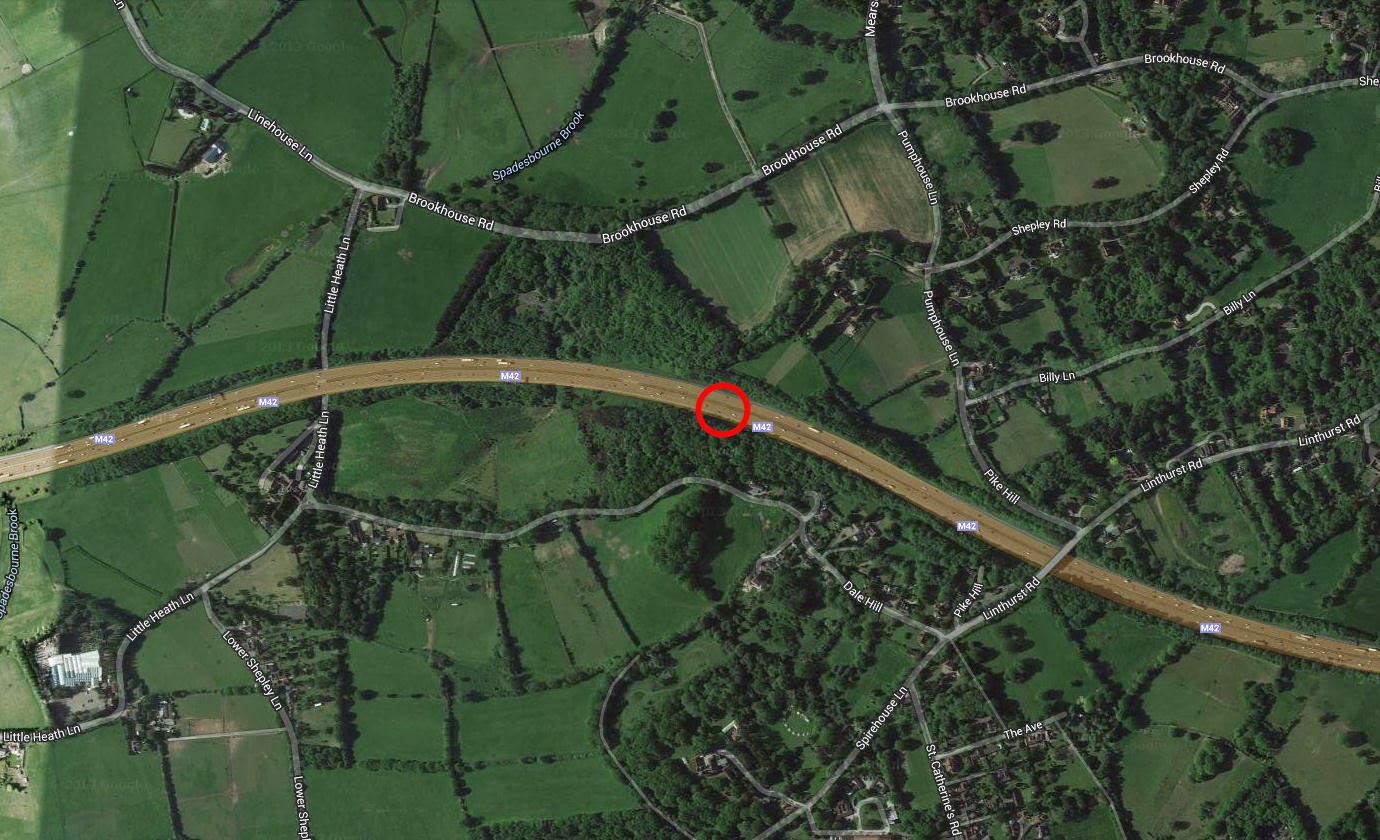 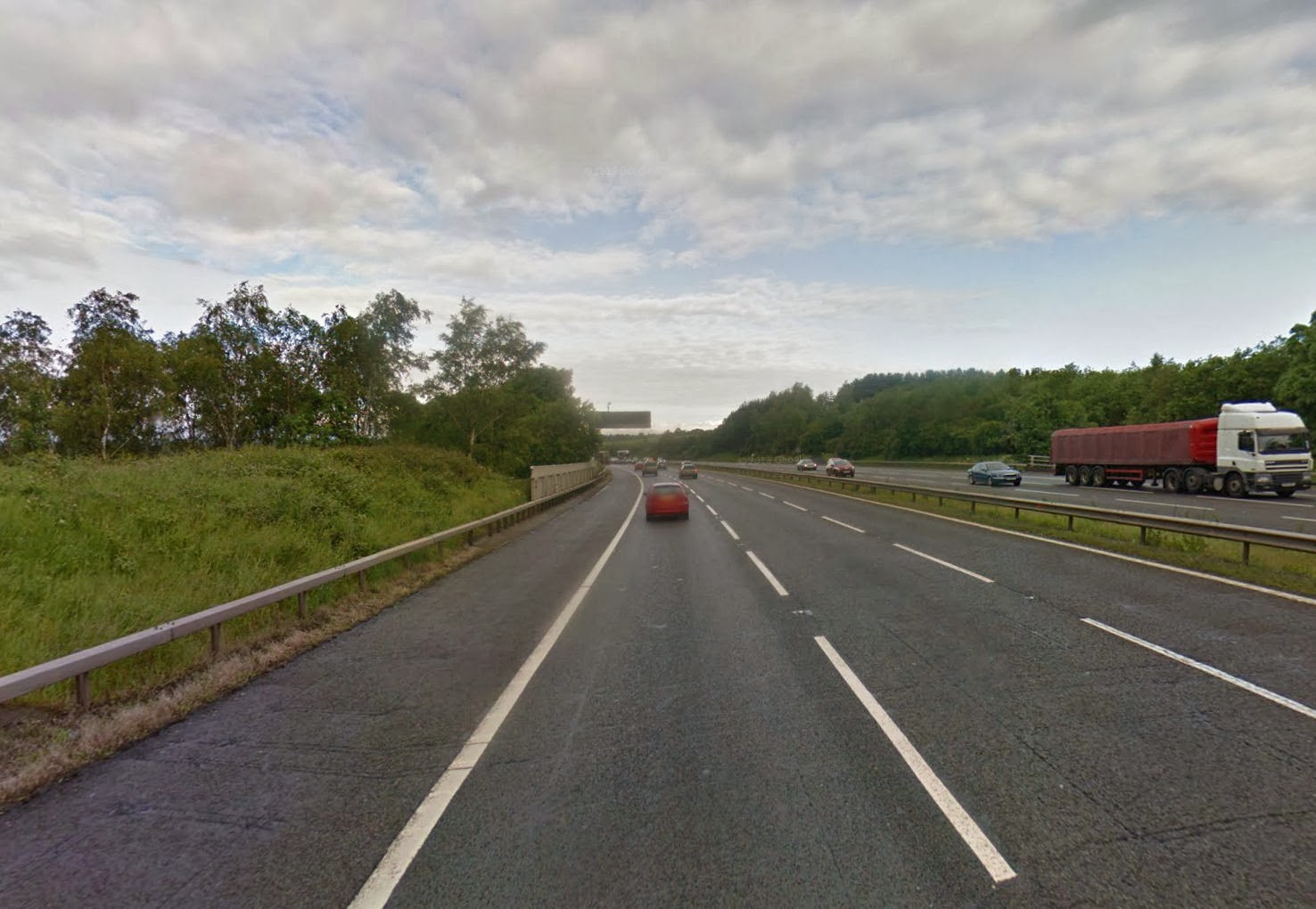 The object appeared to be about 200 feet in altitude and within a couple of miles of his location. He was travelling quite fast along the motorway, but the object was moving much faster, in excess of 150-200 mph. Gary watched it for about 5-10 seconds as it travelled further and further ahead of him. It did not descend or ascend, but remained on a completely horizontal path. Then suddenly without warning it made a right angle turn to the South, continued for a brief moment and then vanished without trace.

Gary was absolutely fascinated by what he had just witnessed. He wondered if any of the other drivers on the road had also seen the object. He was left with nothing else to do but continue his journey to Cannock.

I would like to start by saying that I have no reason at all to not trust the witness. It was obvious when he contacted me from his car that he had just observed something unusual. Also Gary wanted to make it clear that he held a professional management position, had been at work during the day and had not been drinking at all beforehand.

The most obvious mundane explanation which could be suggested for this sighting would be a meteorite (shooting star). These are often seen to have a long trail behind them. While green coloured meteorites are unusual, they are indeed possible. The colour of the flame is determined by the composition of whatever is burning up. However there are some aspects of what was seen which do not really fit this explanation. Meteorites tend to move extremely fast across the sky and are usually only observed for a couple of seconds at most unless they are quite large in size. But if we suggest that this object was a large meteorite then it is extremely likely that it would have been reported on the news and observed by many people. This does not appear to have been the case, I can find no mention of this object anywhere online.

Also meteorites tend to descend towards the ground as they travel across the sky. The object observed by Gary was moving on a completely horizontal course and did not appear to be reducing in altitude.

Lastly there is the fact that Gary saw the object perform a 90 degree turn shortly before it disappeared from sight. Meteorites do not change course as they burn up so this again points away from this as an explanation.

If the object wasn’t a meteorite then what could it have been? It appeared to be moving extremely fast and was the wrong colour and appearance to have been an aircraft of some kind. It is very unlikely that it was an out of control missile/rocket due to the location. There are no military bases in the area and again this would surely have been mentioned on the news.

We are left with a compelling mystery, one which I cannot at present answer. If you have any further information on this incident or think that you too observed it, please get in touch.