In March 2010, multiple witnesses sighted an unusual black coloured object in the sky over Dudley Castle. One of the witnesses contacted me about the incident and sent through some photographs he had taken.

On 12th March 2010 at around 4.10pm in the afternoon, witness “PJ” was near the entrance of Dudley Castle with his girlfriend taking a look at the meerkats in the zoo area. It was a cold and cloudy day. PJ noticed that the meerkats were acting strangely, making noises and all looking up into the sky. He looked up to see what they were looking at and noticed a unevenly-shaped black object. It was almost directly overhead and appeared to be quite high up. Dudley Castle is one of the highest points of the West Midlands, and it was at much higher altitude, so PJ is not sure it would even have been seen from normal ground level. He estimates it was about the size of a car, though this was hard to judge. It initially appeared to be stationary but then slowly began moving to the left. 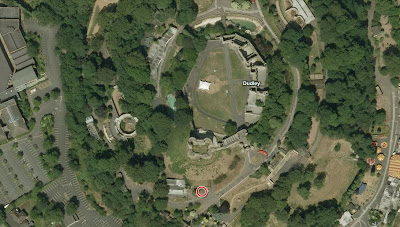 After 10 seconds, PJ decided to take some photographs of the object. As they watched, the object began to rise in altitude. They continued to watch it for about 5 minutes until it had disappeared out of sight. Neither of them had any idea as to what the object could have been, it looked completely different to anything they had seen before.

The photos were taken on a Canon 500d camera with Sigma 300mm lens. Below is one of the original photographs: 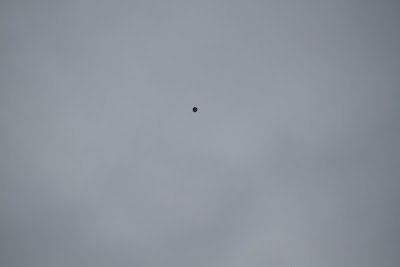 A collection of close ups of the object taken from the various photographs:

Zoomed views of the object taken from several of the photos (in order): 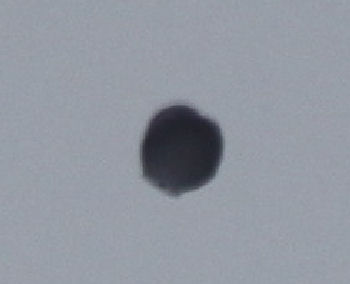 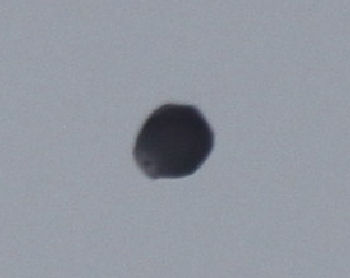