On Saturday 11th February 2012 Daniel went out to meet his friend Julie at the Bell & Bear Inn on Gorsty Hill Road, Halesowen. It was 2.25pm and a clear but breezy afternoon. 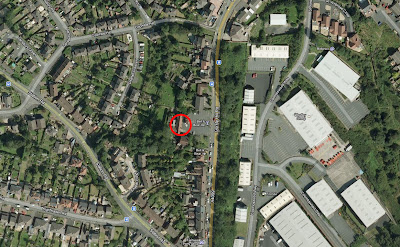 Photograph of the Bell & Bear Inn: 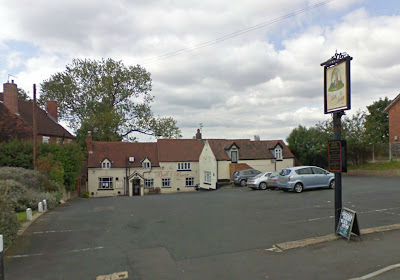 They were sitting inside the pub and chatting when Daniel noticed a glinting light in the sky through the window. He looked out of the window to the North North West in the direction of Dudley. It was now that he noticed a flattened metallic-coloured object in the distance. It was hard to judge its shape as it was at least a mile away. It appeared to be about the size of a car. He then noticed a second identical object a bit higher up and to the right of the first.

Both the objects appeared to be rotating slowly, as with every rotation they would catch the sunlight creating a brief flash of light. They were also wobbling slightly. The objects were slowly ascending  but what struck Daniel the most was that they were going straight up despite the fact there was a breeze blowing. He pointed the objects out to Julie who was amazed. Both witnesses continued to watch the objects for about 5 minutes until they were lost from sight at the top of the window.

But if this was not the case, then it suggests the objects were under powered flight rather than drifting balloons. They certainly did not appear to be conventional aircraft of any kind, so could these have been genuine advanced craft? This cannot be ruled out entirely. Perhaps there were other witnesses to these objects in Dudley who may be able to shed more light on the incident and have yet to come forward.