This witness has previously reported a sighting to us which involved other witnesses and an image taken on their mobile phone, we have since learnt that the witness involved is a Police Officer. The last sighting they had was not witnessed alone, in fact there were 4 other police officers present and 3 paramedics, Air Traffic Control was also contacted by the officers. We have since learnt a little more about the witnesses and their case and are finding strange developments starting to take shape. We will be working further with these witnesses as sightings have surfaced from their child hood. With their permission we are able to publish their accounts here on this site, and we would like to take this oppertunity to thank them for this as we are fully aware of the position they are in.

You can read below the actual emails from the Police Officer 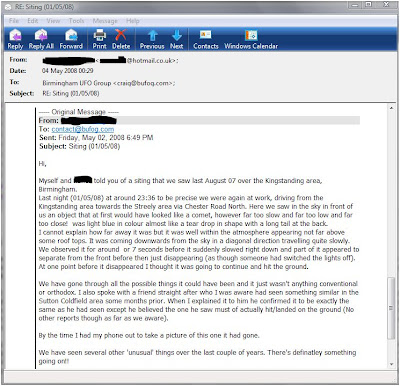 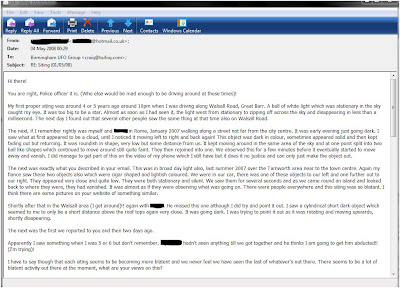 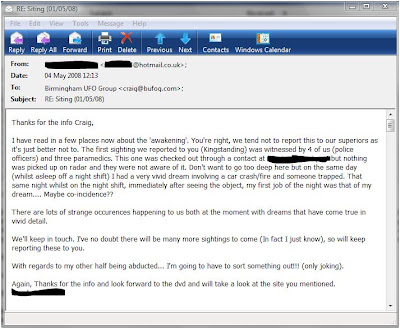