The Weird 09 Paranormal Conference took place at the Athenaeum Theatre in Warminster, Wiltshire, on Saturday 29th- Sunday 30th August 2009. Warminster is one of the UK’s biggest UFO hot spots, and was made famous by the UFO flap that occurred there in the late 70s – early 80s. Myself and Kate drove down early on the Saturday morning and arrived shortly before the first lecture kicked off. We met up with other BUFOG members Larry &amp; Pam Potter, and after briefly chatting with some of the researchers who would be speaking at the conference it was time to take our seats. 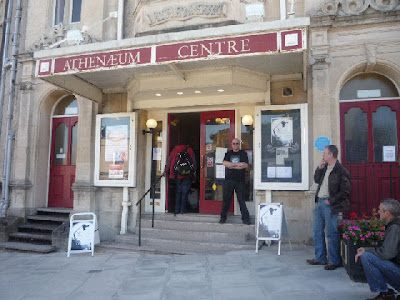 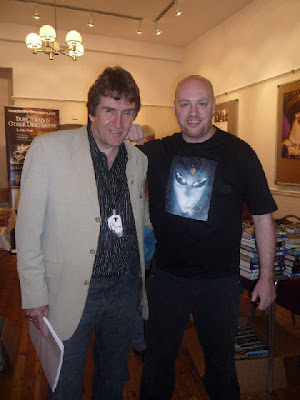 The theatre was a great venue for the lectures, it had two levels of tiered and comfortable seats and was extremely dark. The host of the conference was Ross Hemsworth, the presenter of the Saturday night TV show Now THAT’S Weird and researcher of the paranormal. Ross is a very confident speaker and was an ideal choice to host Weird 09. He gave a brief and amusing introduction before Kevin Goodman took to the stage.

Kevin Goodman is part of UFO Warminster, a group dedicated to keeping Warminster’s flame burning. When he was young he visited Warminster many times for UFO sky watches and has had some stunning UFO sightings in the area, as well as possibly witnessed contact from an extraterrestrial life form channelled through one of his friends. His lecture focused mostly on Arthur Shuttlewood, the lead investigator into the Warminster sightings back in the 1970s. He also covered one of his own UFO sightings where him and his friends saw a silver disc-shaped object in broad daylight. Kevin’s lecture kick-started the conference in great style and featured many interesting photographs. His obvious enthusiasm for his work always shines through and this was no exception. At the end of his talk he provided everyone with details for the planned Saturday evening sky watch, which I was certainly looking forward to. 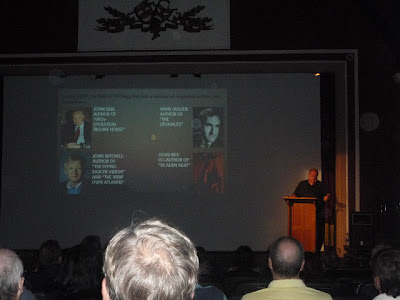 In the break I took a brief look round the dealer rooms, and met some of the band CEIV, something I have wanted to do for many years! CEIV are one of the only UK bands dedicated to the UFO subject. Their songs cover many different aspects of the phenomena and are well worth checking out. I even got a photo taken with the band mascot Tor - a life-size model Grey adorned in various metal studs and tattoos! We also met up with other BUFOG members Zoe &amp; Ian who had arrived late and unfortunately missed Kevin’s lecture. 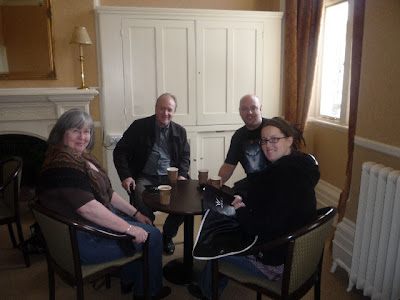 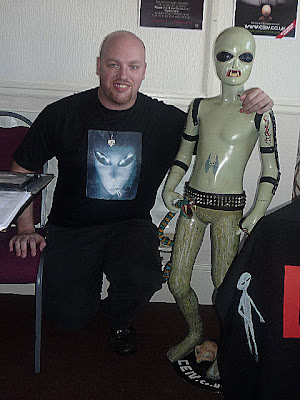 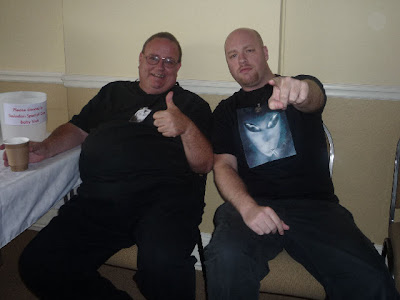 The next speaker was ex-MoD UFO investigator Nick Pope. His talk was based around the latest UFO documents to be released by the Ministry of Defence. This has been ongoing for a couple of years now, and in the end Nick says that all UFO-related documents will be in the public domain. The latest reports were a mix of sightings, some more impressive than others. One of the one’s recently released describes a radar sighting of an object over a mile wide! Nick believes that the MoD is not with-holding information and is as mystified by UFOs as everyone else. I am resident to completely believe this, I think in a number of incidents the truth has been bent and information has been covered up, however they are certainly opening up a lot more than they would have several years ago. The question is – is this part of a gradual planned disclosure or not? Nick’s lecture was highly enjoyable and if you missed it, he will be speaking at BUFOG in December. 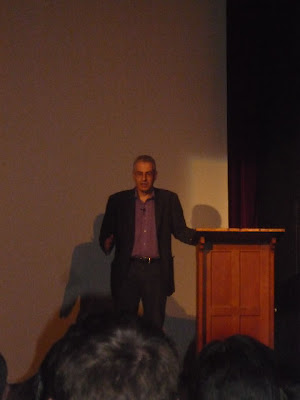