On 15th March 2011, Richard Tomes gave details via Richard Hall’s website regarding a fascinating UFO sighting he and his girlfriend had back in 2005. As I investigate cases reported via this site, the details were forwarded to me. It turned out that Richard lived quite close to myself, so on Sunday 20th March I met up with him directly to interview him about what he saw. This report covers the incident in depth.

It was an evening in the summer of 2005. Richard and his girlfriend Emma had been out for the day and were just on their way home. It was about 5pm and they were on the Stratford Road just south of Hockley Heath. They were approaching the M40 motorway and were stuck in a traffic jam on a shallow hill. There were trees either side of the road, but they still had a good view to the sky to the North. It was an overcast evening and the sun was just starting to set.

Aerial map indicating the approximate location the witnesses were: 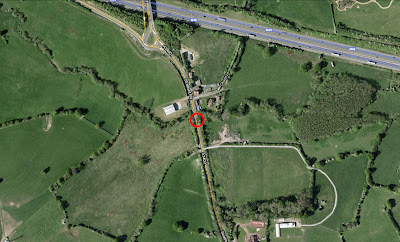 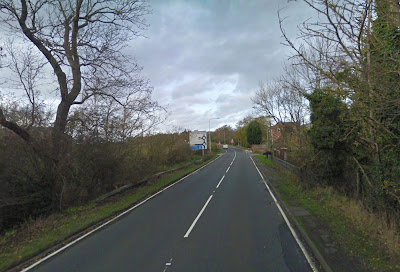 Suddenly Richard noticed a glowing object to the North which appeared to be over Hockley Heath. He pointed it out to Emma. The object was a fat oval shape and appeared to be completely luminescent. It was glowing a very bright white but with a slight green-yellow tinge to it. It had clearly defined crisp edges to it. The object was hovering completely motionless. It appeared to be between 200-300 feet high. Richard estimates it was about 30 feet in width but this was hard to judge.

Initially Richard thought he must be seeing the planet Venus in the evening sky. However he soon realised that it could not be this for a number of reasons. It appeared much brighter and larger than a star. It was not completely round in shape. Also it was clearly hovering in the atmosphere as there was total cloud cover and the clouds could be seen behind and above it. Both Richard and Emma were completely mystified by the object. It appeared much too still to be a helicopter. Richard was also certain that it was a solid object and not a searchlight bouncing off the base of the clouds. They wondered if other people in the traffic jam were also looking at it.

They watched the object for about 2 minutes, during which the traffic had not moved. For this period of time the UFO had not moved at all. Then suddenly withou