In July 2010 Simon (name changed for privacy reasons) was at Kings College Hospital in Camberwell, London to have a frame removed from his leg. His bed was on the 3rd floor of the Cheyne Wing in one of the children's wards. While he was recovering from the operation, his mother came to visit. It was the afternoon between 1.00-2.30pm and they were watching TV together. Outside it was a relatively clear sunny day, with patchy cloud cover.

Aerial map of Kings College Hospital, showing the location of the Cheyne Wing: 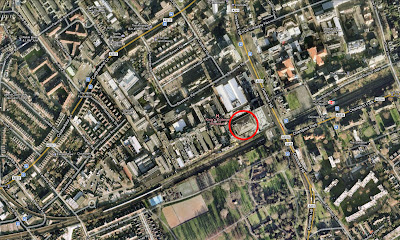 Photograph of the entrance to Kings College Hospital 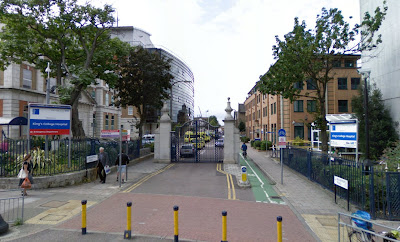 Suddenly an object in the sky visible through the window caught Simon's attention. He looked out and could see what looked like a black coloured disc-shaped object hovering still in the air. It had smoothed curved edges and he could see no markings on it at all. It looked quite far away from their location and was higher than the building he was in. Simon immediately felt it was an alien craft, as he regularly watches programmes on UFOs. 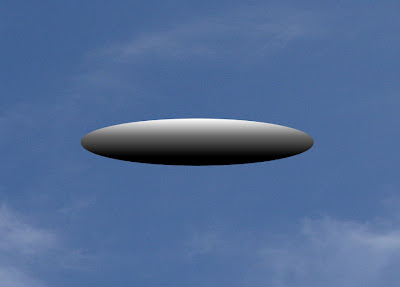 Almost immediately Simon told his mother about the object, who was sitting alongside the bed She looked out and also saw it, but for some reason she felt it was silver in colour not black. After 10 seconds suddenly the disc completely vanished without trace. Simon feels sure it did not get obscured from view behind a cloud as it was a relatively clear day.

They continued to watch out of the window to see if the object would return, but it did not. Simon discussed the sighting with him mum, she was surprised but not bothered by what she had seen. Later Simon told a few other family members and one of the nurses at the hospital.

This is an intriguing sighting, and certain aspects of it are quite hard to explain. The object could not have been a plane as it was hovering completely still for 10 seconds. Due to its appearance it is unlikely to have been a helicopter. It could possibly have been an inflatable of some kind, as it was hard to judge its exact size and distance. However this does not explain how it was able to suddenly vanish. Surely if it was a balloon it would have remained visible in the sky? The fact that Simon saw the object as black in colour, but his mother thought it was silver is regardless and can be put down to interpretation. This difference in opinion was probably due to light reflecting off the object or shadows cast by it, so which of these colours is correct cannot really be determined. The fact that the object suddenly vanished without trace points towards it being a genuine sighting of an advanced craft rather than something mundane.