Into The Unknown 2011 Conference Review

Early in 2011 I was contacted and invited to speak at Into The Unknown 4, a single day UFO conference held by UFO Academy, and set to take place on Saturday 20th August down in Watford, London. This is my review of how the day went. 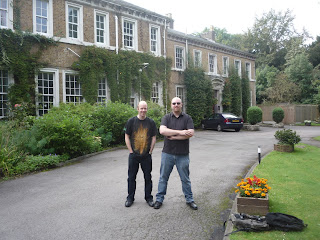 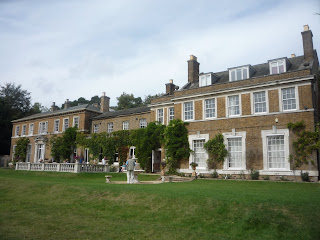 As with previous years, the conference took place at High Elms Manor, a picturesque manor house hidden away off the main roads of Watford. I, my father and brother arrived about 9.20am, giving us 40 minutes before the official start time. We almost immediately met up with Cheryl, an experiencer who’s case I investigated earlier in the year. We then met conference organiser Catrine O’Neill in the entrance lobby. The conference took place in a large open room at one end of the manor, with a side room available for drinks and snacks. I headed through to the main room to sort out the equipment setup, and found that Win Keech, the first speaker of the day, was already there getting organised. It wasn’t long before I also ran into contactee Steven Jones and his wife Valerie. Steven had spoken at a previous Into The Unknown conference, and has also come to speak at BUFOG before. 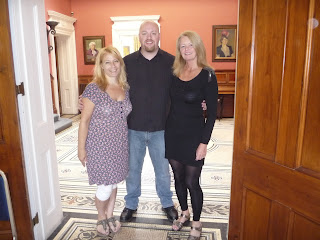 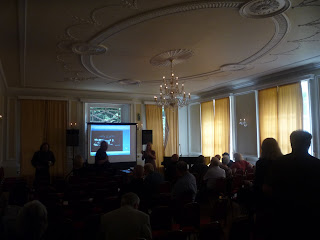 At 10am Win began his lecture. He gave a fascinating talk on a variety of topics, focusing primarily on crop formations. Win is an expert in video recording and analysis and spends a lot of time sky watching in the hope of capturing UFOs on camera. He began his talk with an excellent series of UFO video clips which he had managed to capture at various locations. This set the scene for his lecture very well indeed. He then spoke about the phenomenon of the shadow beings which have been seen around crop formations. He and others believe that these beings are connected with the formations and utilise portals to come through into our reality. He showed some video evidence for their existence which seemed to show some flashes of light followed by two of these entities appearing in a corn field. The video was distant but interesting none the less. 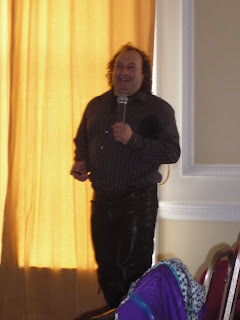 However one of the most impressive videos that Win showed was some night vision footage of a large crop formation seemingly forming of its own accord over a short period of time. This was very impressive as it seemed far too big to have been created in the time period and there was no evidence of anyone being in the field at the time. For me it is some of the best evidence available that some crop formations are the real deal and not hoaxed. 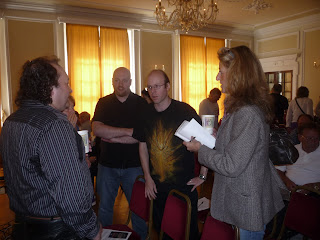 After a short break it was time for the second speaker of the day – an individual with an incredible amount of knowledge, stunning charisma, astounding intelligence and all round greatness. To put it simply...it was me. All joking aside though, I did get some decent feedback and I think everyone enjoyed my lecture. The title of my talk was “Contact Is Reality”, and it was a general lecture on the ET contact phenomenon. I began with an introduction video which featured many drawings from actual contact cases. It served as an example of some of the fascinating cases I have looked into over the years. 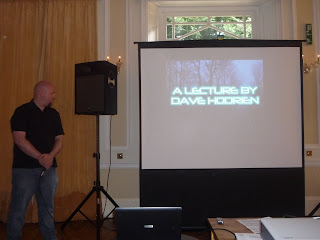 I started my talk with an overview of contact, including various misconceptions about the subject, evidence for its reality, and some of the possible reasons why it may be taking place. I then went over some analysis of 25 good contact cases I have investigated, pointing out how common each of the many signs of contact has been through these cases. The later half of my lecture focused on a specific contact case from Whitwell (you can read the full report on this case elsewhere on this site). I did not have enough time to go into all the experiences of the individuals involved, so I covered a specific abduction experience in depth where three people were taken aboard a Flying Triangle craft. I did bring along some footage of the regression of the key individual, but did not have enough time to show it during the lecture. Luckily Catrine agreed that I could show it at the end of the day instead. 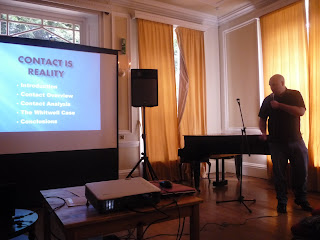 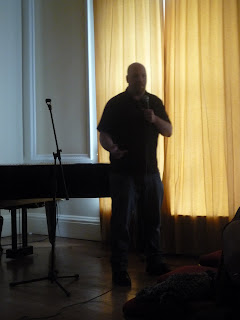 It was then a break for lunch. We headed out with Cheryl, with the intention of finding a nearby Harvester pub for a nice meal. Unfortunately the map we had lead us into a residential cul-de-sac, not exactly a good start! After getting directions from a helpful postman we were again on track. However his directions were not exactly clear and no matter how hard we looked we could not find the place. So what to do in such a situation? Good old McDonalds saved the day! Not as classy a meal as we had initially hoped for but no doubt just as tasty.

The afternoon kicked off with an intriguing lecture from Carol Cochrane. Her lecture was entitled “The Sirius Letters – Crop Circles Reveal Secret ET Communications”. Carol is a former chairman of the Centre for Crop Circle Studies and is both a Cheirologist and a medium. In her talk she claimed that there were hidden messages inside the place names where crop formations have appeared, both in the UK and abroad. She claims to have received these messages via channelling using a special code. I have to admit that although it was interesting I was dubious of the messages themselves, not because of how they were received, but because they were being derived from human-named locations. However I have learned that in this field it is always good to keep an open mind, no matter how bizarre the implications. 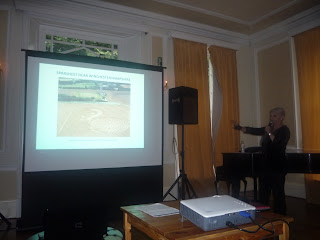 The next speaker was Mark Bennett, an author and member of the Aetherius Society, a spiritual organisation founded by George King. Mark gave an excellent and varied talk. He first focused on the evidence for the reality of UFOs both historically and in modern times. He then looked into the spiritual aspects of the subject, and explained how important it is to look at the subject from this perspective as well as just the nuts-and-bolts angle. Mark is a very good speaker, and I thoroughly enjoyed his lecture. 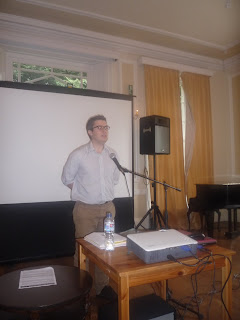 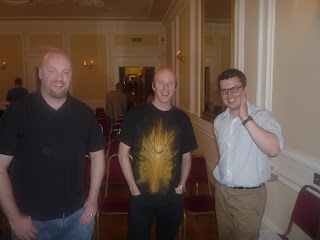 The last speaker of the day was Robbie Graham. Robbie is currently studying a PhD on Hollywood’s historical representation of UFOs and extraterrestrials. He gave an excellent talk on the way that Hollywood has manipulated movies with UFO-related themes over the years, especially where there is a military connection. This appears to include direct involvement from the CIA, who have actively changed scripts to ensure the subject is portrayed in certain ways. Robbie’s talk was very visual, with lots of movie posters and photographs, and the evidence he provided was fascinating. 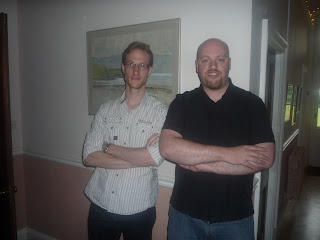 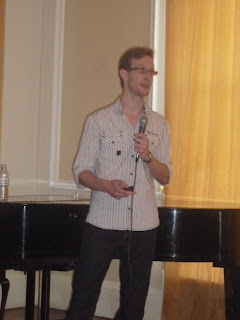 As promised by Catrine, at the close of the day I was able to show the regression footage which I had not had time to show during my lecture. Unfortunately due to a technical hiccup we had no sound, but luckily I had subtitled the footage anyway so it was still quite watchable. I gave a voice over explaining some of what was being said, and it seemed to be well received.

After talking a while with several contactees it was time to head for home. I loved having the chance to speak at the conference, and will more than happily return in the future if given the opportunity.