On the evening of Saturday 28th May 2016, Birmingham UFO Group returned once again to Cannock Chase for the fourth time. The chase has certainly become our sky watch location of choice. It provides a superb view of the night sky, and is secluded yet not too much of a hike from the road.

We began the evening at our usual meet up point, the bar of The Barns on Cocksparrow Lane, Cannock. By the time I and my friends Paul and Sam arrived, most of the other sky watchers had already taken one of the corners of the outdoor seating area. As with our previous sky watches, the weather was definitely on our side, with barely a cloud in sight. It was clear that once the light in the sky died we were going to get a superb view of the stars. 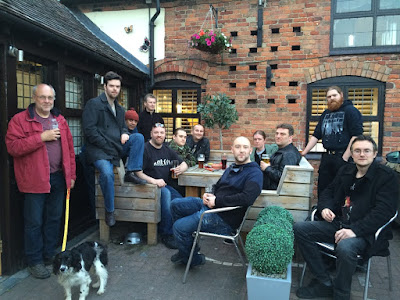 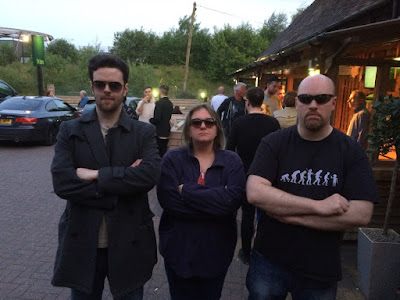 We remained at the bar for about an hour, socializing and listening to some truly shocking jokes courtesy of BUFOG member John! After some of the sky watchers went to grab some emergency last minute food and drink supplies we set off in convoy to the location for the watch – a rural area accessible from Broadhurst Green Lane. We parked up in a couple of nearby lay-bys. For the first time ever, it was not yet fully dark. However the first few bright stars were already beginning to appear. 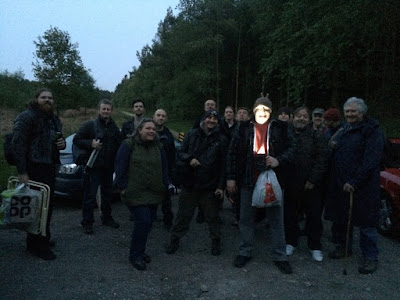 After grabbing our coats and sky watching gear we headed along the path which leads to our chosen location for the watch. It was then that I noticed what Richard was holding – a cluster of huge fireworks, that from a distance looked like a bouquet of flowers! These were sure to make an impression later in the night. 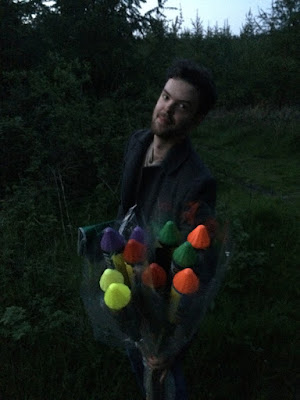 We reached a junction in the path at the base of a gradual slope that led to our destination. Suddenly a group of sky watchers who were turning the corner stopped dead. I quickly caught up with them to ask what was going on. They informed me that they had just heard two low growling sounds coming from the undergrowth alongside the path! We remained very still hoping to hear the sound again but everywhere was silent. A couple of us started to step into the vegetation but to no avail. Whatever it was that had made the noise had seemingly exited the area. I like to think that it was the hybrid pig-man said to stalk Cannock Chase, although this could not be ascertained.

We continued our walk to the summit of the hill. By now the light was definitely fading in the sky and the stars were beginning to show themselves. Everyone put down their bags of supplies and equipment. Camp chairs was set out by those who had bought them. Then a number of sky watchers immediately got to work searching the nearby area for wood to start a bonfire. 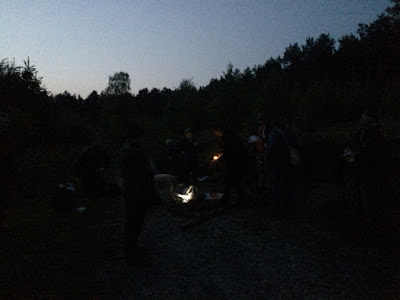 Soon enough we had a roaring fire going. I introduced everyone to our sky watch mascot – a green coloured inflatable Grey who was lovingly christened “Bob”. I also showed off my glowing alien head T-shirt which I’d worn specially for the occasion. In addition to this, our BBQ master Paul was once again on hand to cook up some hot food for everyone. While he got busy with that, others began scanning the night sky – which was after all what we were here for. 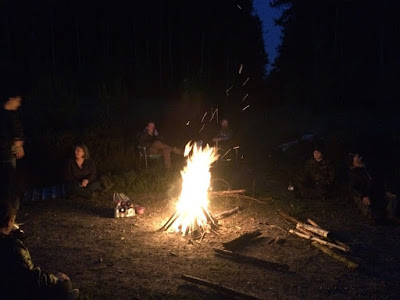 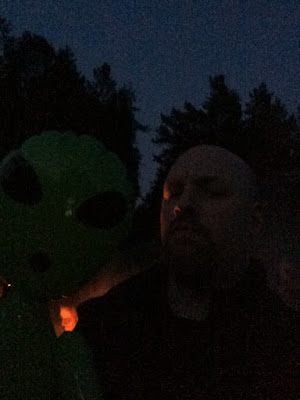 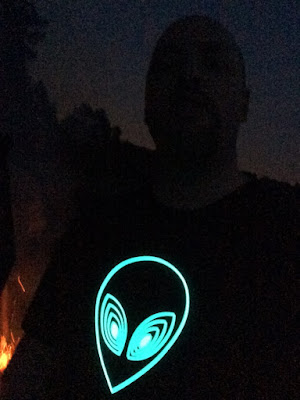 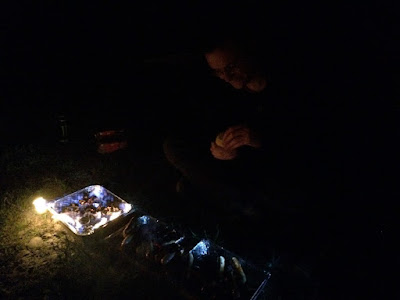 It wasn’t long before we began to spot satellites crossing the sky, as well as several distant aircraft. At about 10.30pm we noticed a bright orb of yellowish light moving in our direction from the West. It appeared to be the height of a high altitude aeroplane, which is at first exactly what I thought it was. But as it got closer we realised that no strobes or other navigation lights could be seen on it, even through high magnification binoculars. 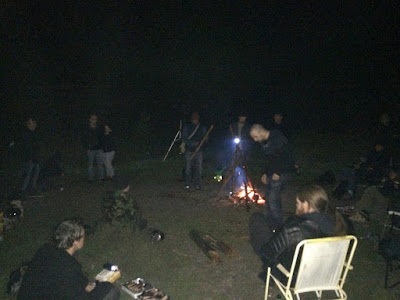 It continued its approach on a straight flight path. As it passed overhead we kept track of it using a laser pointer. So what was this bright orb of light? It certainly didn’t appear to be a normal aircraft, and was too bright to be a satellite or Chinese lantern. We soon managed to find an explanation – it turned out to be the International Space Station! This was confirmed by checking a phone application which maps its position. What amazed me most is how bright it appeared on this occasion. It certainly seemed to be something in the atmosphere instead of in orbit. I have received a number of UFO sighting reports in the past which have turned out to be the ISS, and can now see why it could be perceived as something more unusual. 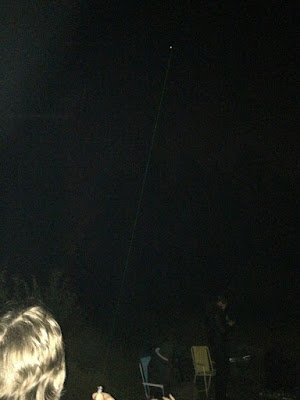 Later in the evening Bob got his acting debut by the firelight, courtesy of some clever off-camera puppetry. As you can see from the below video the end result is pretty impressive, I’d say at least as convincing as anything put out by Third Phase Of Moon (Note: Hoaxing company of the highest order)…

At around midnight I read out a recent newspaper article covering a Cannock Chase UFO sighting, and followed this up with one of BUFOG’s own reports from the area which involved multiple sightings of a lit object seen over the chase and a close encounter with this object that involved missing time. Richard then decided it was time to put on a little firework display for us all. What I wasn’t ready for was the deafening sound that the rockets he had brought along made after dark! They were some serious fireworks, and the sound echoed all around the surrounding area, possibly scaring off any aliens and Pig Men in the process. 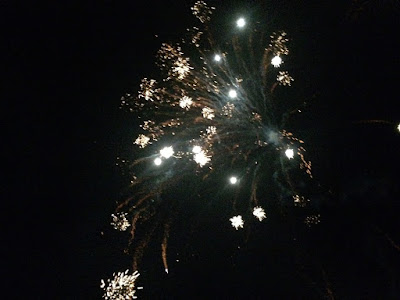 We remained at the sky watch location for another hour, hoping to see something unusual. No UFOs turned up on this occasion, however just before heading for home the ISS did fly overhead again right on schedule. 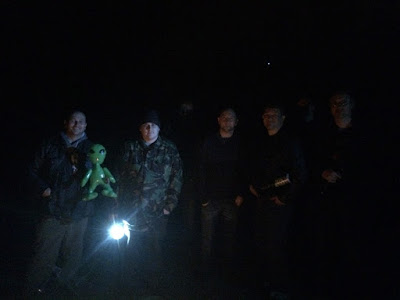 After watching it disappear into the distance we made our way back down the slope to the cars. Another Cannock Chase sky watch had drawn to a close. And while we did not have any close encounters with extra-terrestrial craft, we had all had a great time. Here’s to the next one! 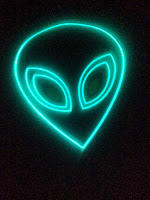