In the summer of 2011, one of BUFOG’s members Adam Tustin decided that it would be a great idea for the group to organise a skywatch in the area of Cannock Chase. The chase is a well known UFO hotspot, and there have been many sightings over the years in the area. There has also been other strange activity reported including big cat sightings and ghostly phenomena. So it seemed like the ideal place to choose for BUFOG’s first ever official skywatch.

And so it was that on the evening of Saturday 10th September, 16 people made their way out to Cannock Chase, North West of Birmingham. These people were made up of official BUFOG members, several contactees whose cases I have looked into, their partners, and others interested in the chance of maybe spotting something out of the ordinary.

The weather through the day wasn’t looking too promising, alternating between periods of sunlight and then heavy showers. However we planned to head on out to Cannock Chase whatever the weather, with the intention that if it rained we would just remain in the bar where many of us initially met – The Barns on Cock Sparrow Lane.

After chatting a while about UFOs over a pint, some of those present headed out to the place where the skywatch was due to take place. Adam knows the area well and recommended an area of forest and open fern-covered ground accessed via Broadhurst Green Road to the North of Cannock. I, my brother and others remained behind to wait for a few others to show up.

About 15 minutes later we too headed outside to find that it was now absolutely tipping it down. Things were not looking too hopeful, but we decided to head on out to the skywatch location anyway. We drove in convoy and soon arrived at a small lay-by at the side of the road. 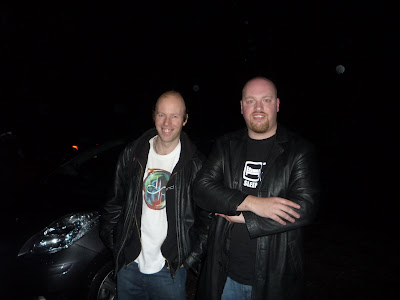 Here we met up with the rest of the skywatchers. Almost immediately the rain ceased and the clouds above us began to part, exposing a star filled sky. There was also a full moon shining brightly. Things were looking up, but many of us took umbrellas and waterproofs along just in case. I took my chances in a leather jacket and T-shirt – it was actually quite a mild night and was quite still so was not too cold. Many of us brought torches, and I was especially impressed with BUFOG member Martin’s head mounted light! 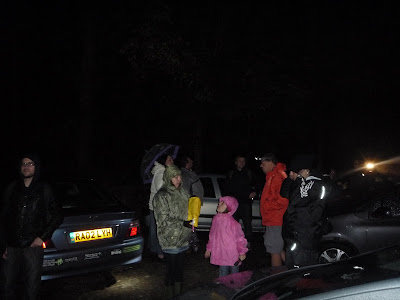 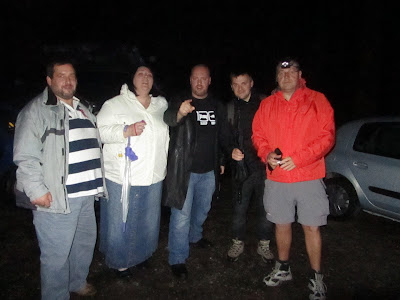 We took some photos and then left the road along a gently sloping pathway. To the left of us was a large expanse of ferns, to our right some tall fir trees. It was quite clear and there was no fog, so made for a very pleasant walk. After several minutes we then took a left and continued up another steeper path. It was extremely quiet and peaceful – or rather it would have been except that we were all chatting away about UFOs and what we may or may not see! 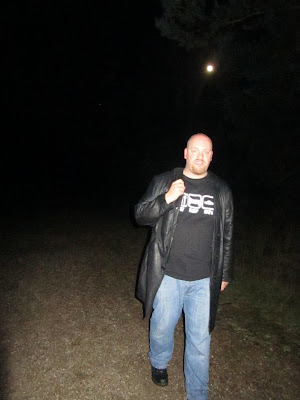 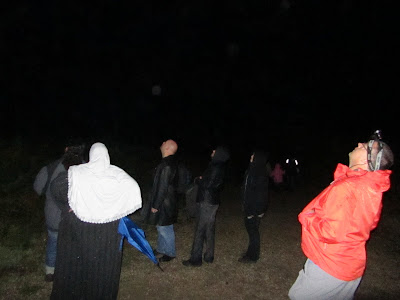 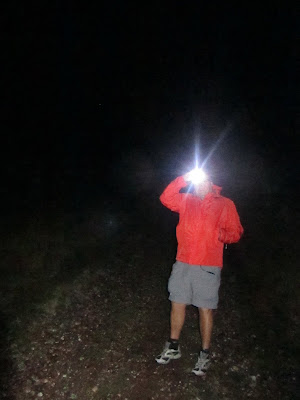 Within 5 minutes we reached a nice open area on the path, where a second path adjoined it and headed off into the forest. This was to be the official location for our skywatch. We put our bags down and began checking out the starry sky above us, while continuing to talk in groups. The location has superb visibility in most directions so is perfect for skywatching. There was still light cloud but luckily the rain had moved away and did not return. It is certainly a very atmospheric and open place, and was far enough away from the road to not be bothered by passing traffic. 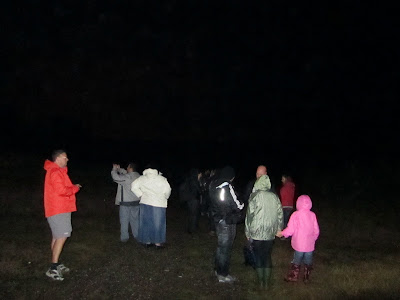 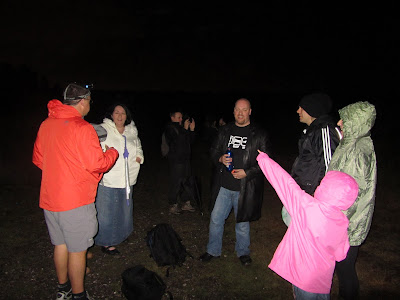 We saw several satellites travelling across the sky, and also a number of “shooting stars” entering the earth’s atmosphere and quickly burning up. There were several distant planes with standard navigation lights, but none flew right overhead so we were clearly not in a flight corridor. 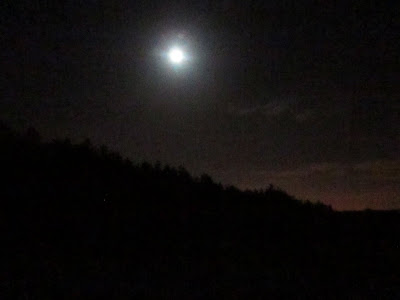 For a number of weeks prior to the skywatch, one of the contactees had actually felt that she should go to the area of Cannock Chase. She did not know why she felt this, she was not even aware it was known as Cannock Chase before finding out off someone. She also for some reason had the time 11.36pm in her head, although she did not have a particular date. However she sensed that we were not at the right location and wanted to head further up the slope to see what was around. I felt that this was definitely worth pursuing, just in case something may take place. So we decided to head further uphill to the edge of a forested area of tall trees. Several paths led off into the darkness here, and I’m sure if there weren’t so many of us there it would have been pretty spooky! 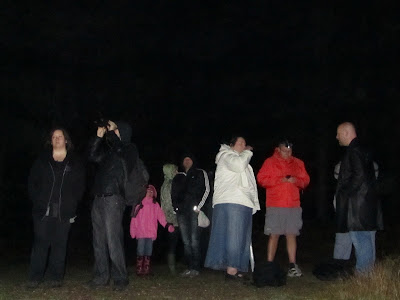 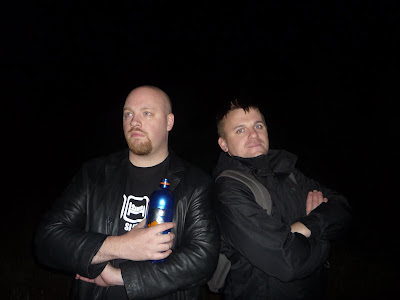 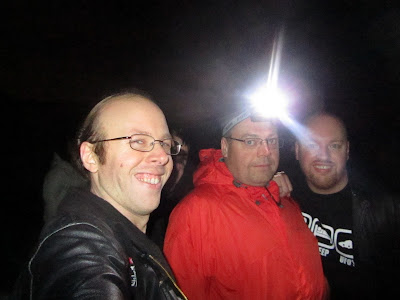 After a while we noticed a distant helicopter shining a search light down. It appeared to be looking for something. About 15 minutes later we suddenly heard the helicopter moving closer. But when we looked around we could barely see it. After locating it in the sky we realised it was flying with no lights on whatsoever. We all thought this was pretty strange, I don’t think I’ve ever seen a helicopter fly without lights on before. It flew pretty close to us and disappeared over the nearby trees. A few minutes later it returned, heading off to the South West, still with no lights on. We did not hear or see it again after this point. 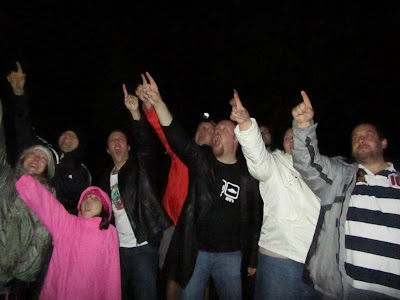 At about 11pm some of the skywatchers had to make their way home as they had travelled quite a distance. Five of us remained. We continued to watch the sky for a while but did not see anything unusual. Twenty minutes later we decided to walk into the forested area along one of the paths to see where it lead. However the path did not seem to head anywhere in particular, and if we had kept following it we would have just ended up at another road, so we decided to return to our prior position. 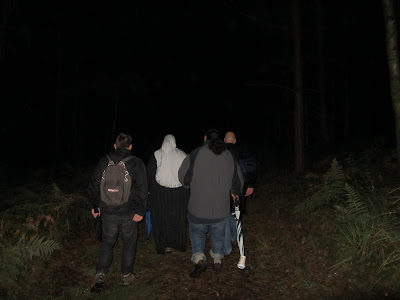 We waited there and chatted a while longer. A couple of moments we felt that we could hear distant talking which was odd, but could possibly have been a breeze or nearby animals making noises. 11.36pm came and went with nothing seen in the sky. I’m pretty sure nothing took place, and there was no missing time or anything like that. But as the contactee said, she did not know the exact location or even the date so perhaps it was meant for another time and place entirely. 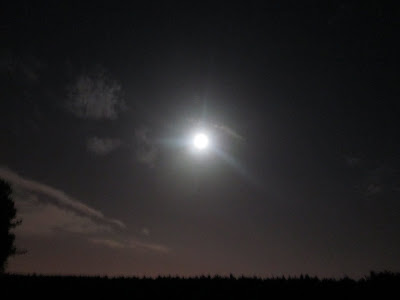 Soon afterwards we decided to call it a night and headed back down the slope to the cars, the full moon still glowing brightly to light our way. Other than the helicopter with no lights we had not really seen anything unusual, but we had all had a really great evening and were in high spirits (I’m sure partially down to the fact that we had not got soaked). We will certainly be back to the location next year for another skywatch, and who knows what we may see next time. 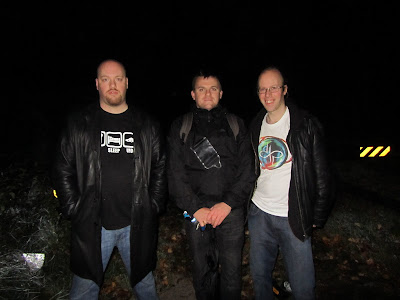 After checking out the photos from the skywatch, my brother and I came across some photos which seemed to show glowing orbs of light or other anomalies in them. These were definitely not caused by our torches, but it is quite possible that many, if not all of them were caused by reflection in the camera lens from the full moon. However they are shown here for interest, so see what you make of them... 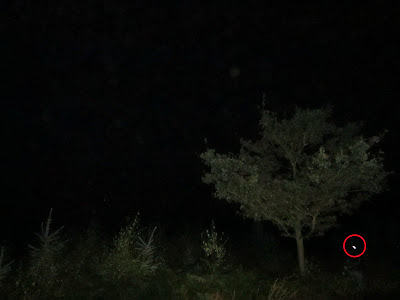 The small white light towards the middle of the picture is the moon, so what's the much larger light at the left? 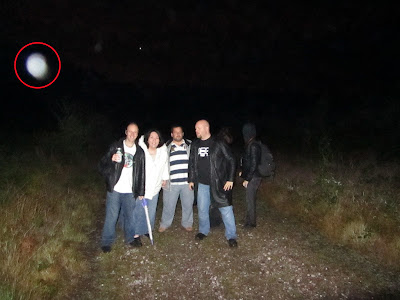 Attack of the Cannock Chase orbs! 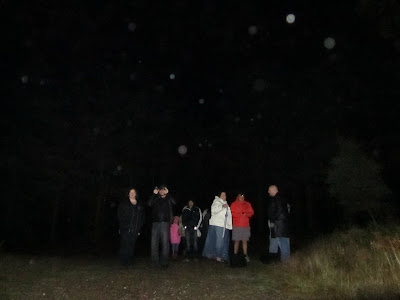 The white light in this picture over our heads is much too low down to have been the moon: 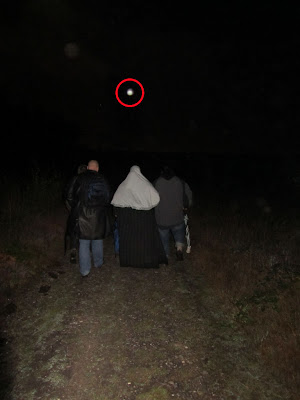 Something glowing or catching the moon light up in the branches of one of the nearby trees... 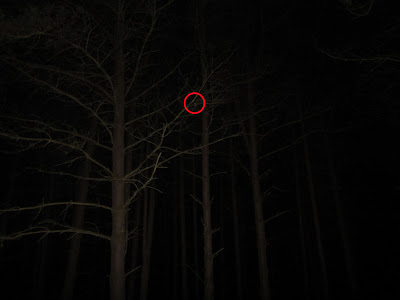 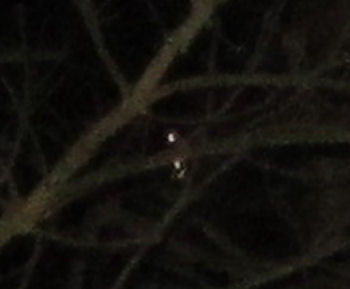 As I said, these can probably be explained away and I'm not suggesting for a moment that they are anything paranormal, especially as we didn't see any of them at the time with our own eyes. Still who can say for sure? Maybe something else was there with us that evening and wanted to make it's presence known. Either way, I'm sure BUFOG will be back to once again take Cannock Chase by storm! 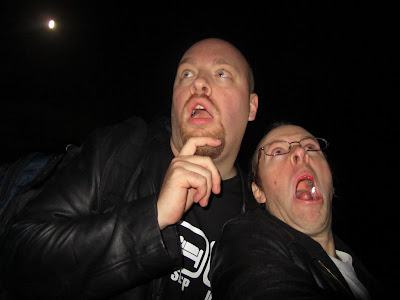