Jason used to be an avid runner and regularly go out on evening runs with his dog. Late in the summer of 2005 he was out running at Gaucet Luce Golf Club on the outskirts of Droitwich Spa. He would always run the same route and was trying to beat his previous time. He reached the bottom of the valley and was running back up the fairway. Suddenly he noticed a light in the sky. It appeared to be behind a bank of cloud and was quite bright. He initially assumed it was light from the moon but quickly dismissed this notion. 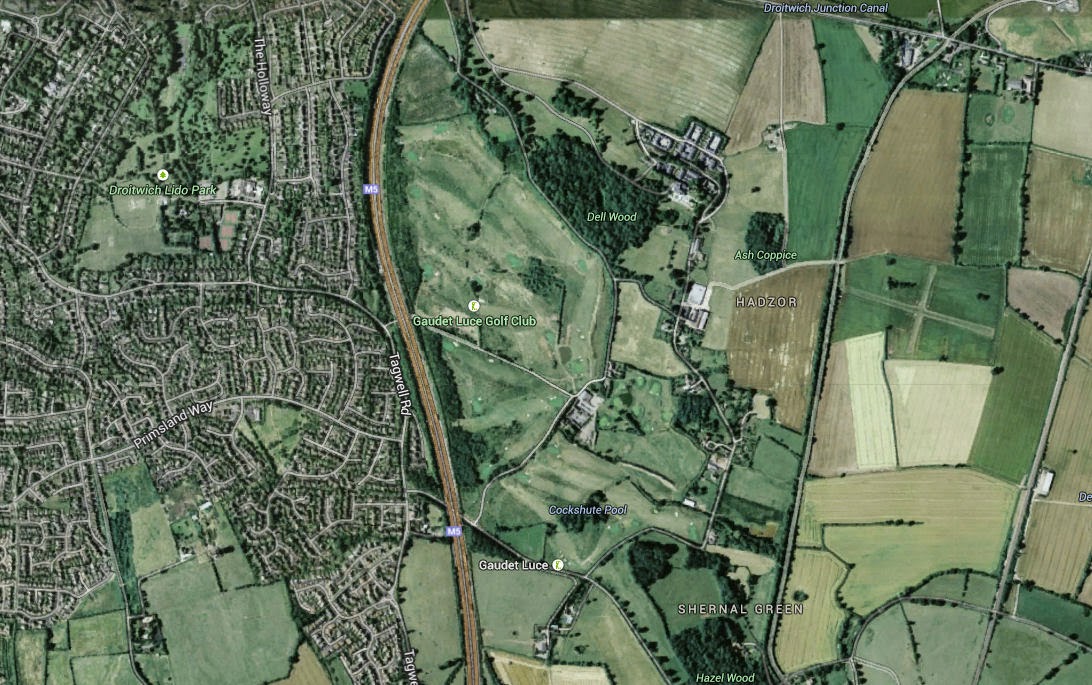 He stopped running and called for his dog to come nearer. He then looked up into the sky to have a better look at the light. He was astounded to see that the light seemed extremely large in scale, and that the edge of it formed a massive arc. It appeared that he was looking at the edge of a massive disc approximately a mile in diameter. The part he could see he estimated to be about ¼ mile in length. His instinct led him to question this immediately. He felt maybe the moonlight was falling on the cloud and being amplified to appear much brighter than it was in reality. Or perhaps light from the nearby M5 motorway was reflecting off the cloud layer.

The next thing Jason became aware of, he was looking down to the ground. As he came around he realised he had “zoned out”. He felt dizzy like he had been drunk. His dog was still alongside him wagging its tail. He felt like he had lost a small amount of time, perhaps 10 minutes. This really bothered him, as did the fact that his dog had remained by his side rather than running off like it would usually do. When he looked up he saw that the massive arc of light in the sky was no longer visible. All that he could do was walk back home and settle down to sleep.

A couple of weeks later Jason unfortunately suffered from a major stroke. He wonders if the light he had seen in the sky that night was a hallucination caused by his brain rather than something more unusual. This could have also attributed for the way in which he temporarily zoned out, as there was no real signs that he had been abducted. If the incident wasn’t down to his own perception, there are a number of other explanations. Perhaps the shape of the light really was down to moonlight coming through the cloud layer as he suspected. The theory that the light was from the M5 motorway has merit, however this would usually be a more orange-coloured glow from street lights rather than white light. Another theory is that it was caused by lights from a nearby nightclub hitting the base of the cloud. However searchlight displays such as this tend to be made up of specific shapes such as a ring of circles, and also tend to rotate/move rather than just remain static.

The sighting remains unexplained, but I feel it is more likely to be one of the explanations discussed above rather than a giant disc-shaped craft observed in the sky. Something of such magnitude would more than certainly have been seen by other individuals in the area and reported, yet as far as Jason is aware no other sightings of the same thing have ever been released.