Late evening on 30th October 2010, Winston (name changed for privacy reasons) was out in the back garden of his house on Douglas Gardens, Dunston, Gateshead. It was 11.40pm and a clear evening with only patchy cloud, between which the stars could be seen. 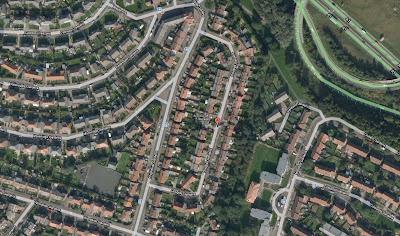 He glanced up into the sky and noticed a glowing orange orb of light travelling to the North. The object looked about the size of a passenger jet, and appeared to be about 1500 feet high. Winston estimates it was travelling at about 200 knots.

He continued to excitedly watch the object for about 20 seconds until it had gone out of view. He felt certain that it was something out of the ordinary and definitely not a commercial aircraft of any kind.

Despite the witness believing that the object was very large in size and at a great height, I feel that the object was probably a Chinese lantern at a much closer distance than how it appeared. The description of the object and its movement pattern fit in with this being the case. It is sometimes very hard to tell the actual distance and size of objects in the sky after dark as there is no point of reference. So the object may well have been much closer and smaller than it appeared to be. If this is taken into consideration, there is nothing to suggest the object was not a lantern caught in an air current. Lanterns are of course widely available these days, and are especially popular around Halloween and Bonfire Night, so I feel this is the most likely explanation.