I have been interested in UFOs for over 20 years now, and have been investigating sightings for a year and a half. I have heard of many fascinating encounters with UFOs and alien beings from the very people that have experienced them. However in all this time I have never seen anything I could truly say was unusual and unidentified. That was all to change for me on the evening of Saturday 29th August 2009, where I would at long last have a firsthand sighting of a UFO. And of all the places I would have this first sighting, it would be during a sky watch on Cradle Hill in Warminster, one of the UK’s biggest UFO hot spots!

The UFO sky watch was arranged as part of the Weird 09 Paranormal Conference, which took place on 29th-30th August 2009 in the Athenaeum Theatre, Warminster. It was organised to kick off several hours after the first day of lectures had ended, and the designated location was Cradle Hill just to the North of the town. This has been a popular location for UFO sky watches since the late 1970s when the famous Warminster UFO flap took place.

At 8 o’clock in the evening at least forty people left the town and drove up Cradle Hill to the area where the white gates used to be. This area gives a great view of the sky in all directions, and is the traditional meet up location on the hill. The area is right next to MoD-owned land, and the organisers of the sky watch had informed them that we would be up there. The road heading uphill from where the white gates stood until recent years leads to the copse, a small wooded area where a lot of unusual activity and sightings have been recorded. 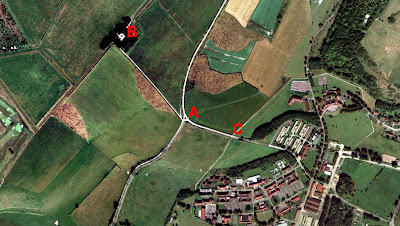 People starting to gather at the white gates area: 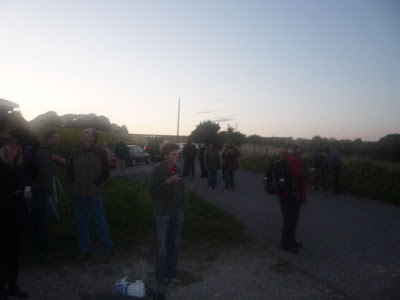 View to the NNE from the white gates area: 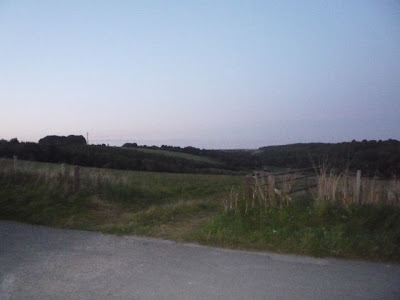 The road leading to the copse. Note the orbs over the road, more than likely caused by the quickly dropping light conditions: 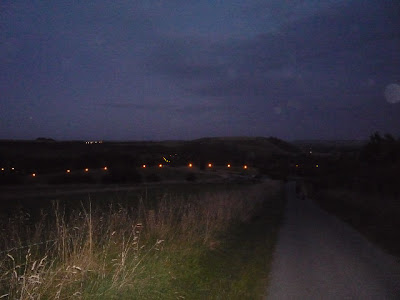