It was 2.30pm in the afternoon of the 13th September 2008 when Sharon Demby witnessed something very unusual in the skies over Tipton. It was a bright, still day with no cloud in the sky and she was out at the back door of her house on Gordon Drive having a cigarette. She suddenly heard a scuffling sound and looked up to see a squirrel entering the loft of her neighbour’s house. But then something else caught her attention. In the sky was what looked like a long black/silver cigar shaped object.

It appeared to be quite high up, she estimates at least a couple of hundred feet but it was difficult to judge. There were no clear markings on the object. It was completely still and angled at a sharp diagonal. At first she thought it must be a balloon of some kind, but the object was hovering completely still in the sky and she soon thought it must be something more unusual. She ran inside and grabbed her camera. When she went back out, the object was still there so she took a photograph. She watched it a bit longer, and although puzzled by it, headed back inside the house.

Fifteen minutes later she headed back outside to see if the object was still there. It was in exactly the same position in the sky but its angle had changed to be vertical. She decided at this point to take a second photograph. Sharon wondered what it could be and stayed there watching it for about five minutes, during which time it did not move at all. After this she went back inside. When her partner came home she took him outside but the object had vanished.

Sighting location map, showing position of witness, direction the object was seen in, and nearby pub (1) and cemetery (2): 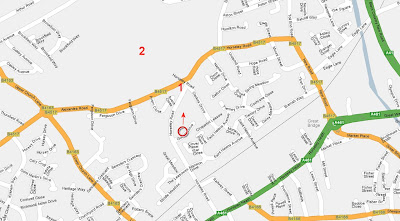 The object shortly after the witness first sighted it: 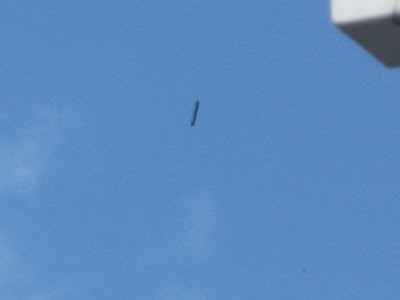 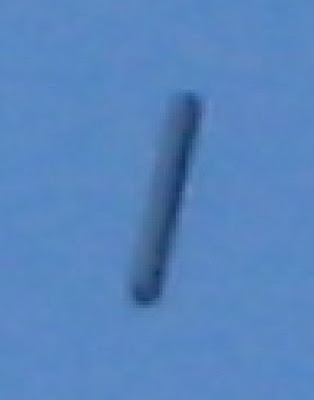 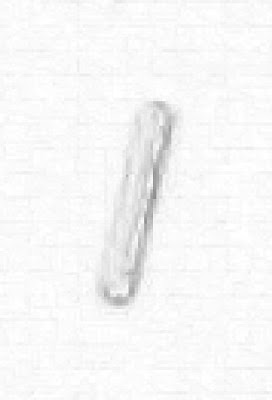 The object after she returned 15 minutes later: