On the evening of 12th May 2011 Alexander was on the M11 bus with his girlfriend. It was a dark and cloudy evening, and quite cold. He is not aware of the exact time, he thinks it was around 9pm. The bus was on Leonard Road and just arriving at Perth Bus Station. He looked out of the window on the left side of the bus to the East.

In the distance he noticed a bright white light in the sky. The light was travelling at a fast pace across the sky, heading in the same direction the bus was moving in. It appeared to be at high altitude. 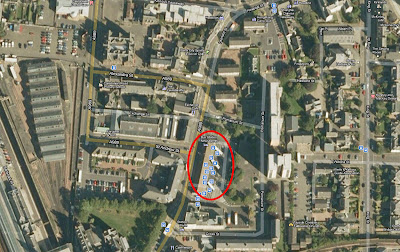 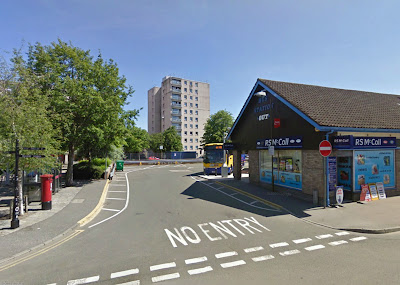 Alexander pointed the light out to his girlfriend, but not to the other passengers on the bus. The bus briefly pulled into Perth bus station, and while it was there Alexander watched the light continuing on a straight level course. It went out of sight just as the bus began to leave the station. He wondered what the object could have been.

When Alexander initially spotted the object it reminded him of a comet or satellite. However I do not feel that either of these explanations is adequate. As it was a cloudy night, this means that the object must have been in the atmosphere and below the level of the clouds. An object up in space would not have been seen. It seemed too bright to be a satellite, and if it was a comet passing the Earth this would have been widely known about. It was moving too slowly to be a meteorite, these only last a second as they cross the night sky.

Sometimes helicopters or planes with their landing lights on can look like a singular extremely bright light at a distance. The object did not perform any manoeuvres which would suggest it wasn’t a conventional aircraft, so this could possibly be an explanation for what was seen. However as with many other sightings of glowing lights after dark, it is hard to say for certain what was witnessed. Perhaps it was an ET craft but there is nothing really to suggest that it was, it is more likely to have been something man made.