Occassionally BUFOG gets contacted by someone from much further afield than Birmingham. As our website is active and can be easily found on the internet, we are sometimes the first point of call for witnesses from elsewhere in the world. On 20th May, Melissa (name changed for privacy reasons) sent a couple of UFO photographs to BUFOG for analysis. 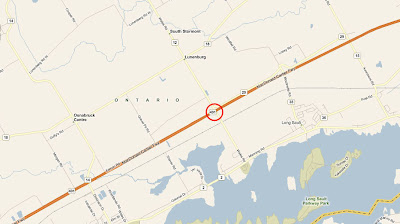 The traffic was slow so Melissa decided to take some photographs of a jet plane taking off. It was a cloudy day but quite bright. She did not notice anything out of the ordinary at the time. Upon developing the photographs later, a couple of them showed an unusual black object. The photographs were taken only a second apart, and in previous ones nothing could be seen at all. Below are the photographs showing the object: 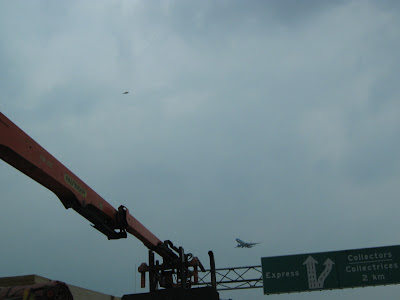 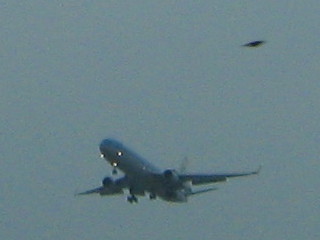 Here is a close up of the object: 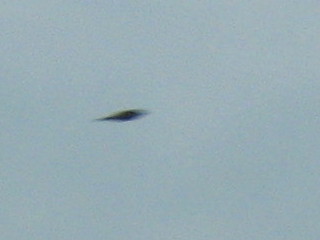 The witness feels sure that the object is something unexplained rather than mundane. She believes this because of the speed that the object moved at, it appeared to cover a great distance in only a second. Also it was not present in the previous photographs at all. The object in the second photograph is half the size that it is in the first.

After analysing the photographs I personally believe that they show a bird in flight. I feel that the reason the object moved such a distance across the photograph is because it was quite close to the camera. I believe that it flew in from the left of the camera diagonally away from the position of the witness. This would explain why it is not present in the previous photos, and also why it reduced in size between the photographs. The shape of the object certainly fits in with it being a bird. It is unsymmetrical with no straight edges. It is interesting that both photographs show a similar shape but I believe that the witness managed to catch two photos of the bird with it’s wings in front of it’s body which is why they are not visible. Below are two other UFO photographs which are more than likely birds. You can see the similarity in the shape with what Melissa has photographed: 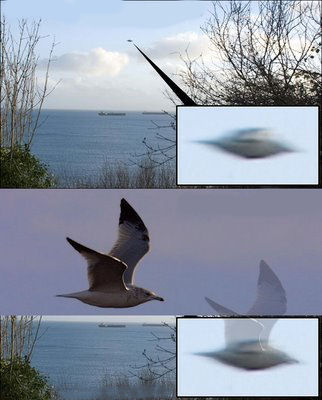 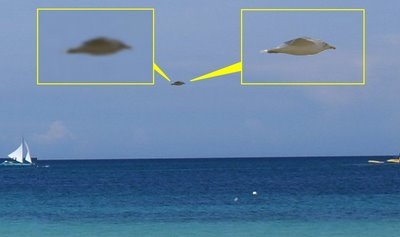 It is of course impossible to say for definite, but it seems probable that in this instance the object photographed was a bird flying into the camera shot for a couple of frames.