In early December 2009, Gavin (name changed for privacy reasons) got in touch with BUFOG via E-Mail to hear our thoughts on two unusual objects he had witnessed several days previously in the night sky over his house. He had managed to photograph and video tape these objects. With his permission this evidence can be seen later in this report.

Gavin lives in Altrincham, Trafford, Greater Manchester, and works a night shift. At 2.45am on the morning of Thursday 3rd December he arrived home. He first put the dog out in the back garden, then switched on the TV and made a cup of coffee. 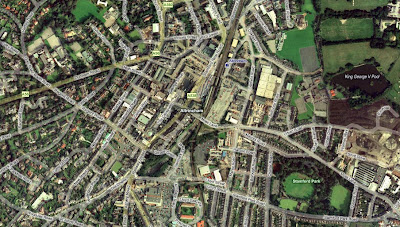 Just after 3am he stood by the back door of the house with his coffee and a cigarette. It was a relatively clear night with some patchy cloud cover. There were slight gusts of wind but it was relatively dry and still. He was watching his dog sniffing around the garden when he happened to glance up into the sky overhead and saw a strange orange-reddish light. The illuminated object that this light was coming from was a rough elongated triangular shape. It appeared to be almost directly over the house, though it was hard to tell exactly how high up it was. Gavin estimates it was at least 300 feet in altitude. The object appeared to be completely still and was also silent. To the naked eye it was roughly the size of a 5 pence piece held at arm’s length.

Gavin stared up at the glowing object for 45 seconds. At times it appeared to be on fire, and he could make out what appeared to be smoke or steam around it. He then decided to go and get his mobile phone which has a camera. He returned to the back door and found the object was still present in the sky. He took seven photographs (2 normal, 5 at full zoom). He then started to video the object using his phone.

After filming it for about 30 seconds, suddenly a smaller glowing greenish-white coloured orb appeared from nowhere and began moving erratically around the orange object. While it did this occasionally it would vanish and reappear at a different location, but always appeared to be quite close to the orange object. Gavin describes the movement and apparent speed of the orb as “stunning, mind boggling and just plain weird”. After about a minute, the orb of light suddenly shot off in a North-Westerly direction and vanished from sight. Gavin continued to film the orange object for roughly 30 seconds. Then suddenly it went out, like someone switching off a light. Gavin thinks he also saw an orange streak dart away, which only lasted a split second. Sadly this did not show up on the video footage.

Over the next hour Gavin returned to the garden up to 15 times to see if either of the objects would return, but nothing else appeared and in the end he went to bed. At the time of the sighting he did not think too much about what he was looking at, but over the next few days what he had seen began to dawn on him and he began to wonder about what the objects were. He had never had much of an interest in UFOs before, so checked the internet, and was amazed at the amount of information available on the subject.

Gavin showed the photos and video footage to several people, who were all impressed and thought the objects were very weird indeed. A good friend of his thought they may have been some kind of military craft. However Gavin has an interest in aircraft and has been to many air shows, but he has never seen anything which could explain what he had witnessed.

Video footage of the UFOs:

Unzoomed photograph of the orange object: 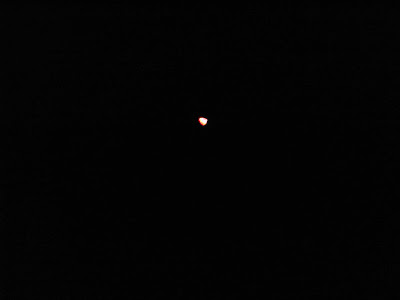 Zoom photograph of the orange object: 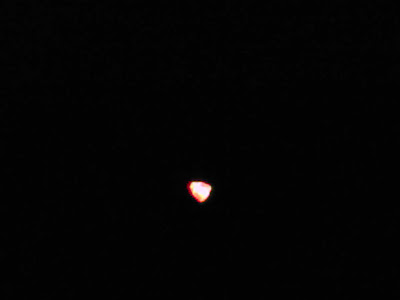 Close up of the orange object: 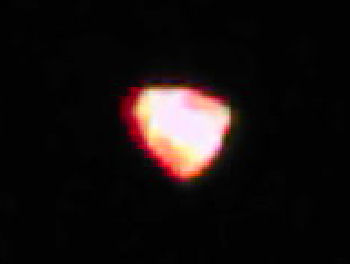 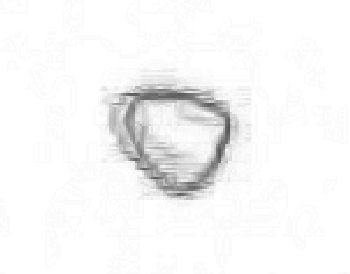 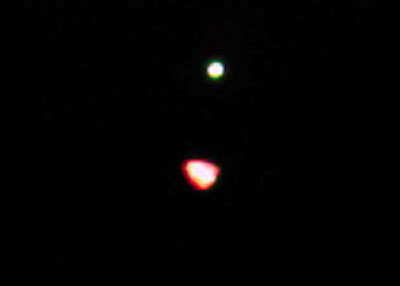 Video still close up of the white object: 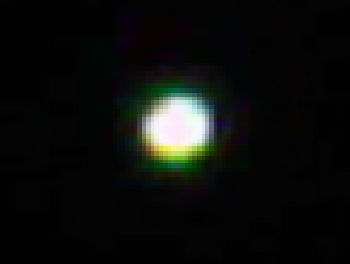 Edge find close up view of the white object: 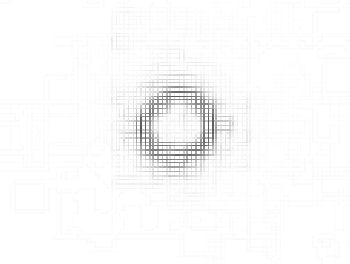 Sequence showing disappearance of orange object as it was caught on video:

This is a very interesting sighting, and both objects are intriguing for a number of reasons. I believe there is a chance that the orange object may have been a Chinese lantern which was being viewed from almost directly underneath. The colour and shape of the object fit this theory, and the witness even stated that it looked like the object was on fire. Also on the video footage, the way that the object seems to suddenly vanish could easily be it burning out. As the witness had no idea of how high the object was, we therefore do not know how big or small it was. However there are a number of points which could be used to argue against this theory. Firstly the object appeared to remain completely stationary for the four minutes that it was visible to the witness. There was a slight breeze in the air, and also lanterns slowly rise in altitude. It seems unlikely that if it was a lantern, it would not have moved at all in either altitude or position. The other fact that suggests it was something other than a lantern is that it did not alter in brightness at all for the duration of the sighting. This suggests it was being lit by a constant light rather than a flickering flame. Also the witness described seeing an orange streak as if the object had flown away at an incredibly fast speed.

Whether you believe the orange object is a lantern or something else entirely, the highly unusual manoeuvres of the glowing white orb of light are very interesting indeed. If the orange object was a lantern, this means that the white object must have been quite small, as lanterns are usually only a few feet wide. Obviously many of the possible explanations for a glowing white light can be discounted because of the movement patterns seen. It is clearly not a meteorite, earth light or conventional aircraft of any kind. The way in which it vanishes and reappears is also very unusual. It does look like it is actually switching off and on rather than entering and leaving a light source. However we cannot say whether we are looking at one object or a number of objects which switch on and off only once. The object appears to be moving in close proximity of the orange object, if we assume it is at the same height. The witness says that it certainly appeared to be at high altitude near the other object. This suggests it was either related to the other object in some way, or that it was interested in it and approached it for a reason.

If, for a moment, we ignore the testimonial evidence from the witness, and look at the video and photographs on their merits alone, I have to admit there are no points of reference in the footage. As there are no stars visible in the background, and at no point does the witness point the camera at his house, surroundings or himself, it is impossible to tell if it is really looking up at the night sky or not. One thing which could possibly create the appearance and erratic movement of the white object could be one or more insects crossing in front of the camera and getting caught in the light temporarily. However they would surely form more of a specific or altering shape rather than a constant glowing sphere.

Although I have not met the witness, I feel he is probably being truthful about what he saw and filmed. He willingly sent the footage to BUFOG and to other UFO groups without any signs of wanting to make money from his story. He is also adamant that his personal details are not released. Both these facts suggest that he is telling the truth and that the photographs and video footage are real and show objects at altitude in the night sky. If so, then the white orb clearly displays some truly extraordinary movement capabilities, and it can be hard to fathom the reason behind these manoeuvres, or why it would disappear and reappear in the manner seen. However I have seen numerous other UFO videos with glowing lights or spheres performing very similar erratic movements.

After taking everything into consideration I still feel that the orange object may have been a Chinese lantern. But I cannot say for definite what either of the objects are, and for that reason it remains highly intriguing. Due to the time of morning when the sighting took place it is unlikely there would have been many, if any, other witnesses. However if you believe you may have also seen the objects, or have any thoughts on what they may be, please get in touch.